Just Cause 4 Is A Lazy And Redundant Title

Just Cause 4 Review – An Unworthy Cause

Just Cause four is a lazy and redundant title this is guilty of being one of the worst games I’ve experienced in years. If there may be any argument to be made as to why open international video games need to adapt, Just Cause 4 is a final statement so robust that even Johnnie Cochran might be proud.

In all of my a few years of gaming, no title outdoor of VR has literally made me sick. That is, till I played the newest entry from Avalanche Studios’ long going for walks collection. Within Just Cause four is a motion blur turned so sickeningly high that when Niche Gamers very personal Rory Hutchings decided to strive it for himself, he puked. I want I changed into making that up. Even in my own experiments, with motion pictures now posted to Youtube and Twitter, customers simply looking the pictures said eye pressure complications, dizziness, and nausea. To say this sport is a technical disaster could be a sarcasm. 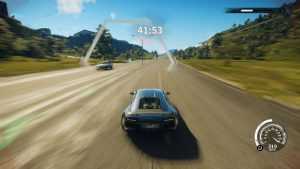 Just Cause 4 is glitchy, ugly, blurry, and on top of the disgusting amount of motion blur, there is a grainy/static-y filter that covers everything. Lines are jagged, and when driving through a field or a forest, it, combined with the grain filter and motion blur, creates a sight so obscene that my eyes wanted to vomit blood.

In my quest to provide a thorough review I played the game for over sixty hours. In doing so I completed all challenges, side missions, and main quest content. At the end of each day I felt miserable. I can’t stress enough just how bad this title is to look at. Never before has a game done to me what this one has. Headaches and eye strain became a constant presence for the entire week.

What made matters worse is the ridiculous amount of glitches and bugs. From console crashes to areas where I fell through the map, this game has it all. There were even instances were the game bugged out and the screen would wobble and shake at intense speeds.

Don’t even get me started on the horrendous AI. In one early mission, while I was forced to be passenger in a truck, my AI companion randomly turned off the road and drove us off the bridge we were supposed to be continuing on. It was an open path and nothing was blocking his way, maybe he was just suicidal, I dunno. I had to reboot from an autosave.

Outside of the game’s many technical issues, it’s just not very fun to play. This title is so padded with poorly conceived content that it’s as if the developers defecated in the game case and wrapped it in diapers ten feet thick.

Within the game are 436 challenges that are broken into three categories. Wing suit, stunt, and speed. However, unlike the previous entry, there is absolutely no challenge to any of these.

Whereas in Just Cause 3 the wing suit challenges added a difficulty curve to the game which required precise movements and speed, this game instead opts for 124 of these ‘challenges’ that require the player to just go through three rings which are often very close together. Never once did I fail one.

There is a time limit, but it’s negligible to the point of being laughable. One of them for example gave me 30 seconds to go through three rings which were in a leveled straight line, I finished it with 19 seconds to spare.

As for the ‘stunts’, these only require the player to drive a vehicle into a ring somewhere on the map. Some of them may be at the end of a jump, or in the air where you need to use a tether and a balloon to lift the automobile upwards, but most are on level ground. 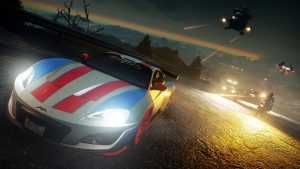 Adding to the pointlessness of it all is that the vehicles you need are always in visual proximity to the ring. A majority of them simply had me getting into a car or boat that was 10 feet from the destination and just drive into it. There’s also 127 of these.

It’s padding so lazy and pointless that I’m shocked this made it into a 2018 open world game. Rounding things out in terms of unsatisfying gameplay is a mission structure so dull that if it was a knife, it wouldn’t even cut butter.

I hope you like hacking stuff, or switching fuses, because that is a majority of what you will be doing. The design of the core gameplay loop is entirely at odds with what this game is supposed to represent.

Often things just devolve into holding a designated area as enemies swarm you for a few minutes. And given their damage output it was just easier and quicker to gun them all down. Within these missions was little room for experimentation with all the grappling mechanics at your disposal.

What was even odder though, is that for a series known for its destruction, the game puts very little focus into it. Sure, some missions require you to destroy generators or other related items, but compared to other games in the series, bases contain very little of the series’ red destructibility items.

There is a chaos meter that you have to build to unlock squad reserves which are used to take over new sections of the map, but I never once focused on building it up and I didn’t once get stuck needing to grind for points.

It even appears that this title employs less explodable assets of previous games. There’s a few new items, but compared to the third game there seemed to be a lot less, that is, if memory serves me right. Regardless, there is hardly any focus on blowing things up.

The map is broken into somewhere around 30 regions, and unlike the previous game where to complete a base 100% of all items had to be destroyed, this one instead opts in for a dedicated mission to each one.

At face value this may seem like a welcome change as destroying everything in Just Cause 2 & 3 became repetitive, but the missions here are obnoxiously boring. It’s completely uninspired mission design that sucked all potential fun out of the experience.

One cool new addition to the game that was quite welcome is the environment destroying tornado. Minus some visual hiccups, watching it destroy physics based objects in its path was pretty neat.

The first time I encountered it was the most fun I had in the entire week long experience. I ran along the road ahead of it using my tethers and other items to connect cars and people together and had a good laugh as the tornado picked them up.

There are three other unique biomes, but they did absolutely nothing for me. The lightning storms looked cool but didn’t add much to the game, and the blizzard and sandstorm effects were practically the same in that they’re windy and it’s hard to see in. 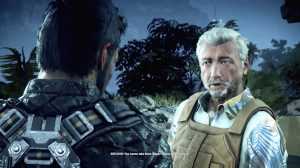 Story sensible it’s fairly barebones. I was surprised by way of how few cutscenes there had been, and what is to be had seems lousy. From negative lighting fixtures to low res textures, the animations are a mess.

Disappointingly the tale starts with an exciting hook handiest to crumble much less than an hour later. Having by no means been a fan of any of the plots to the alternative titles within the collection, I guess I shouldn’t be amazed this one isn’t appropriate both.

When it comes to sound, things are k. The tune does its job however it’s truly not anything I can see game enthusiasts downloading for destiny listening, There is one obnoxious music that takes area at some stage in some facet quests in which you race cars, it’s like a low price range suspenseful electronica track, but except that, matters are first-rate.

The voice acting does it’s job too. A few of the characters are really annoying, but the voice acting does what it’s supposed to do. There’s really not a whole lot to say about it. It’s not great, but it’s not as offensively bad as some other parts of the game, either.

The one thing this game does right is its options when it comes to the grappling hook. Unlike the last game, you obtain upgrades quickly and efficiently and there is a bevy of customization options.

There’s three abilities attached to the grappling hook and they can be changed on the fly. A new balloon mechanic provides enjoyment when combined with the boosters and tethers. The customization that comes with each tool allows for some unique builds.

Take the air lifter mechanic for example, holding up on the directional pad can be set so it will blast upwards at full speed/strength, while just pushing up will make it slower/weaker. On top of that new unlockables allow for even more options.

The player can choose a peak altitude and the gas that fills it, among other things. Do you want helium or explosive hydrogen? The choice is yours, and the options allow for some of the most fun that the open world playground allows.

Thankfully one area where this game does excel at is movement. It still feels good to grapple on to something at high speed, pull out your parachute to gain altitude, and then switch to your wing suit. Movement is fast and fluid and transitioning between the three options feels great.

The same cannot be said about the driving. While some vehicles feel smooth and stick nicely to the road, others are floaty and will go flying ten feet high at the slightest bump.

Tanks especially feel light, it’s almost as if they are made of paper mache. The worst offender are the motorcycles. Never before has a bike in a game felt so miserable and imprecise to drive.

For a series that has never excelled with its plots, design structure, or ai, I went into this title not expecting a whole lot, and I was still let down. What should be a fun playground of destruction is instead a tedious, dull, and poorly optimized experience.

In a year where Square Enix also released The Quiet Man, I’d be hard pressed to decide which of these games is worse. Just Cause 4 may have a slightly higher score, but I think I’d prefer playing The Quiet Man. At least that title is short.

CATAN Console Edition will be released in February