Going in, Nightwolf was the character I had been looking forward to the least out of this declared Kombat Pack 1 characters. The next DLC addition to Mortal Kombat 11’s roster does not have Shang Tsung’s flashy ability to morph into other characters, the super-iconic moveset of Sindel, nor the sheer quantity of fan excitement of this forthcoming Spawn. However, his exceptionally strong fundamentals-focused moveset, versatile playstyle, and hands down the single greatest intro cartoon in the full match hasn’t made Nightwolf my favourite of the two currently released DLC characters, but he might really be my new chief.

Netherrealm did a great job of earning Nightwolf’s moveset feel unique and enjoyable, despite the fact that a lot of his trademark moves are now kind of plain. His shoulder charge could be enhanced — even if it’s blocked — to perform a follow up overhead ax attack, which may also Crushing Blow when it strikes on its own; his reflect might double as a teleport in some specific variations, giving him a great counter-zoning alternative; his bow can be held and cancelled for brain games; along with his climbing tomahawk can be improved twice in 1 combo for simple huge damage and a lot of corner take, at the great price of the two bars of meter. 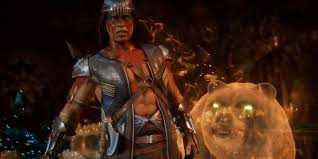 Beyond his coming iconic special moves, Netherrealm additionally outfitted him with many animal spirit-related buffs that increase his damage, reduce his damage taken, and block the opponent from improving their special moves, which is excellent. Not a lot of characters have that capability to buff themselves throughout a match, and it’s just one of those great unions of some thing that makes sense within the lore of a personality with something that makes an interesting fighting mechanic. 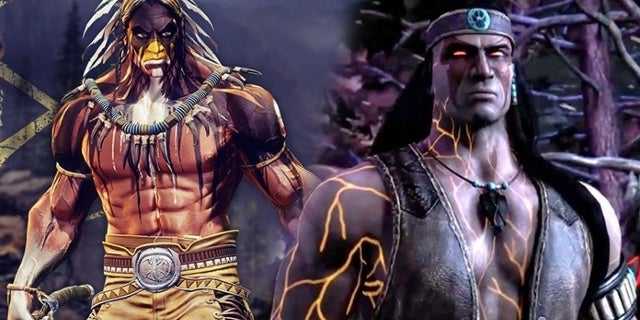 Nightwolf’s set of aggressive variations also offer you a fantastic slice of two different playstyles. My personal favourite is Matoka Warrior, that is Nightwolf’s much more combo-heavy version, focusing on the aforementioned Rising Tomahawk and bolstering it with the damage buff of Spirit of Kiba. His other variation, Ancestral Call, equips Nightwolf with a command catch which can be enhanced for extra damage and loose wake-up pressure, together with a brand new harmful combo off a reduced, and a new combo that can Krushing Blow. Speaking of those Krushing Blows, Nightwolf’s are especially nasty, both within their visual brutality and in relation to how effective they are. He’s got Krushing Blows on both of his throws if the opponent fails a throw tech — and because his cries leave you right next to him and his wake up pressure is so extreme, expect to get thrown quite a bit. On the visual and sound side, Nightwolf looks and sounds just as good as he performs. He’s got the best-looking revenant skins in MK11, his voice acting is topnotch, and the sounds his tomahawk makes as it slams to the ground, or into… other places… are incredibly gratifying. It was also a wonderful bit to emphasise Nightwolf’s Native American lore:

We understand that his name is Grey Cloud, he is a warrior of this fictional Matoka tribe, and that”Nightwolf” is actually a mantle passed down to people worthy, granting them supernatural powers. Beyond this, his equipment and skins all feel done and avoid the pitfall of stereotypes.

Disgaea 7: Vows of the Virtueless announced for PS4, PS5 and Switch