Legos are for chumps. The brick-to-dollar ratio is out of this world. On the verge of total economic and cosmic collapse, we must turn to Fortnite Season 10 in order to make blocky models of the Millenium Falcon for free. Fortnite’s Creative mode isn’t just some cheap Minecraft knock-off either. We’re not playing with the Mega Bloks of building games here. With new biomes, structures, creative tools, and creative codes releasing every few days, Fortnite Creative isn’t just a diverse bucket of blocks—it’s a bucket of blocks you can play Team Deathmatch in.

While Fortnite Creative is still young, plenty of talented creators have earned Epic’s blessing, allowing their creations to be shared and played by anyone, so long as you know the creative code required to head to their islands. We’ve sifted through the growing collection of cool stuff for easy reference here. Keep tabs on this page since Creative Mode is sure to change with every new Fortnite season. We’ll be sure to update it with any new creative codes that catch our eye.

If you’re unfamiliar with how to load an island, head into Fortnite Creative, walk up to a featured rift, and hold down the use key to bring up the code menu. Pop it in, let the island load, then walk into the rift to begin.

This recreation of Spongebob Squarepants’ hometown has surprising depth if you’ll forgive the pun. It’s a sort of horde mode where Plankton has unleashed the dead on the unsuspecting populace. Honestly, it’s way less frightening than that one episode where Spongebob exposed his brain, but then again, nothing is scarier than that. 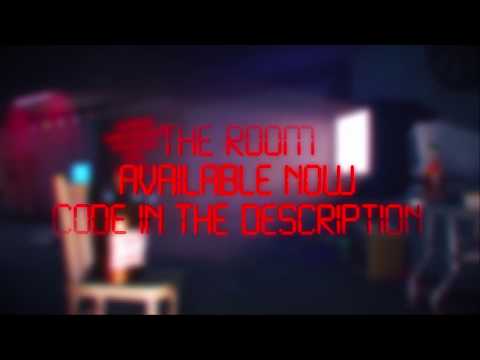 You’ve got only 35 minutes to navigate your way out of this maze of deathtraps, including a pool filled with lasers, weird math puzzles, and a bunch of other nonsense. It kind of gives me vibes similar to We Were Here, the co-op puzzler. Would definitely recommend bringing a friend or two for this one. 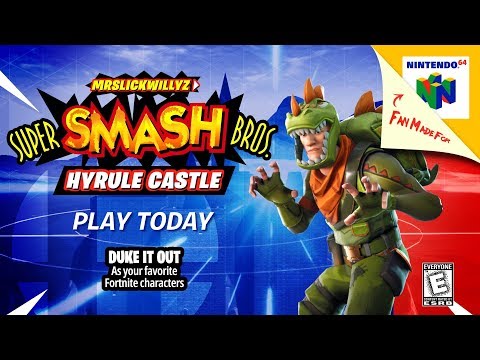 I was one of those high-pitched kids screaming at an N64 on Christmas, so believe me when I say that the architecture of Smash Bros’ Hyrule Castle is forever etched into my brain. Evidently, Fortnite Creative map creator MrSlickWillyz was, too.

It’s basically a deathmatch map built using the exact same layout as the original N64 map, but you get the plunger grappling gun, so you can get some crazy jumps, just like the original Smash. Check out that masterfully edited trailer (with plenty of nostalgia hits) to get an idea of what it looks like in motion.

I love the drift board in Fortnite. It’s basically the easiest and most fun way of getting around that stupidly large map, and Epic was nice enough to include some trick mechanics for when you actually get some air. But there are only a few jumps worth hitting on the actual Fortnite map, so what’s a player to do?

Creator Absurdite has treated us to a really well-designed skate park, absolutely choking on coins to collect, and plenty of jumps. Even better, it mostly feels like a natural skate park, where one area naturally flows into another so you can keep up your run. 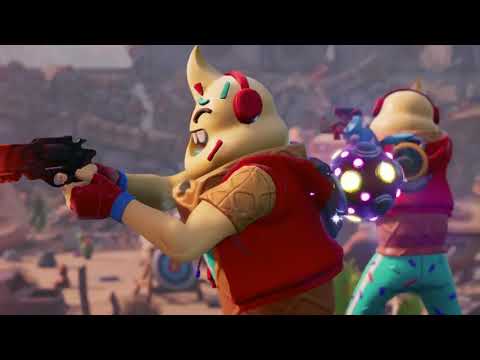 Code: 1113-6823-4725
Junkyard Juke is my favorite prop hunt in a long time, and not just because it was featured during the first-ever Fortnite World Championship. In its original form, multiple teams would either be props trying to sneak their way into the incinerator at the center of the map, or they’d be the hunters standing atop a tower right above it. What makes things interesting is the red light, green light-style gameplay. The hunters are periodically blinded every 5 seconds, which helps give the props a chance to move up and keeps things interesting for the shooters. Other than that, it’s a fairly well-balanced map, with lots of nooks and crannies for props to exit their spawning area and stand a fair chance. 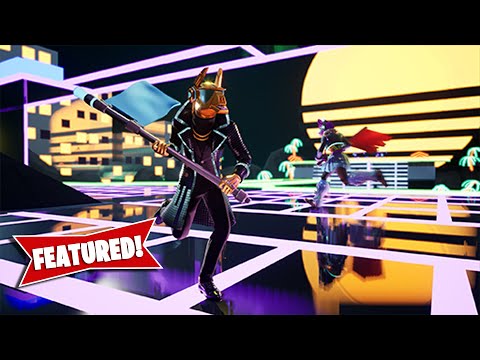 Code: 5591-6764-6822
Boring name aside, this multiplayer map stands out for one big, flashy reason. The designers went out of their way to exude 80’s synthwave energy in every aspect of the design, down to the giant segmented sun graphic hanging in the center. 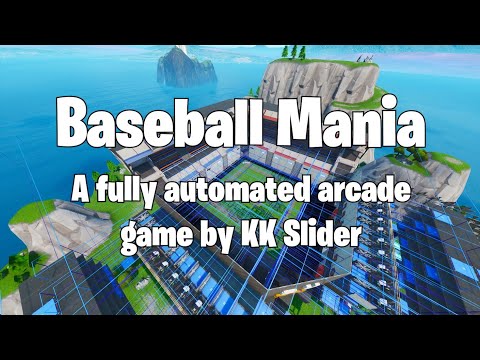 America’s two favorite past times come together for this fully automated sports romp. The map may look a little funky since it’s one giant mechanized scorekeeper, but it works well enough for two teams to have a little bit of fun. It accounts for everything, including strikes, singles, doubles, and a big old’ home run in the center of the diamond. Even better, a Durr Burger won’t cost you $15. 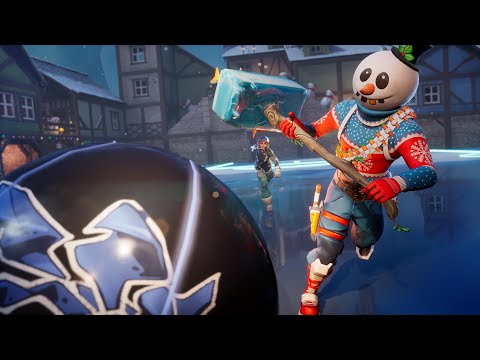 Code: 1255-7841-5738
It ain’t exactly Rocket League’s hockey mode, but it is a pretty fun equivalent. Things start off with a bang as teams careen down a hill into the ring, and then slap the ball around till someone scores enough points to win. Thankfully, things get a little more interesting when someone grabs a special item, like a pulse grenade or a rapidly inflating snowman that blocks the goal. Call it a good way to beat the summer heat. 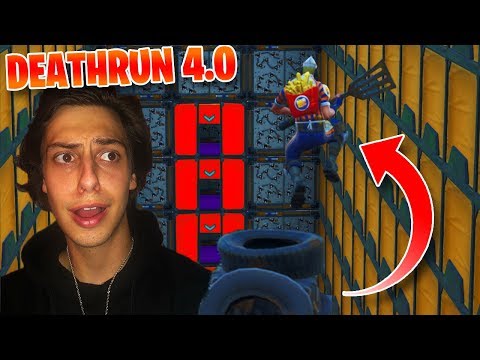 Code: 2778-3253-4171
The undisputed king of death runs is back with his fourth maniacal creation. It’s got all the trappings you’d hope for. Spiky traps, ice traps, laser traps, basically a lot of traps for you to get tripped upon. If you manage to survive it all, apparently Cizzorz has a prize pool going on. Nothing like a financial reward for losing your sanity. 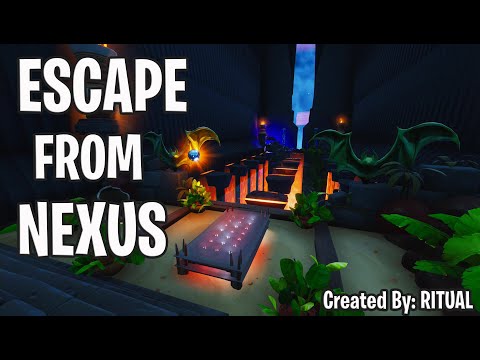 Code: 9869-3155-3930
I’m a sucker for any creative code island that sticks a story onto some fun puzzles. You’re some sort of interstellar traveler, but your ship has been commandeered by an alien threat and you’ve got to work your way through a hostile planet full of zombie creatures and some cryptic ruins to get to safety. It’s not the first of its kind, but it definitely has a unique style. 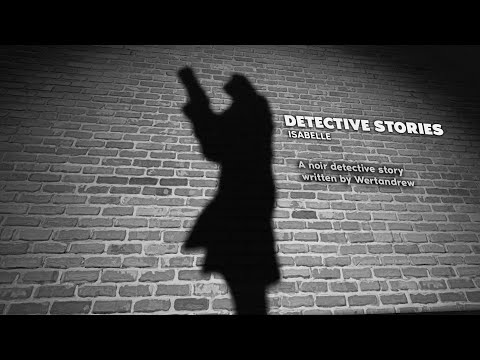 Code: 7068-3818-0229
Detective Stories: Isabelle isn’t something you always see in Fortnite’s creative mode: A hard-boiled detective mystery with clues, a spooky soundtrack, and a possible murder mystery that demands a bit of thinking from you.

OK, so the writing isn’t exactly Sherlock, and some of the puzzles are a little (maybe very) maddening, but it’s still interesting enough that I wanted to keep moving forward with the investigation. Evidently, the creator “was Andrew” is also making a sequel. 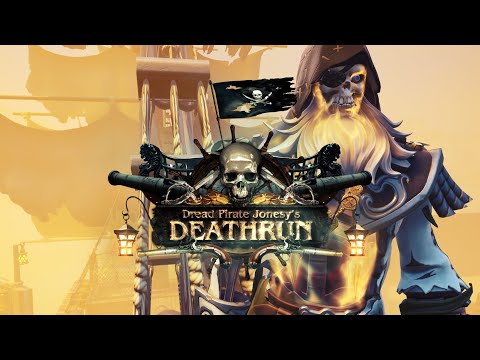 Code: 2167-3396-1292
Death runs could easily become old hat in Fortnite, but when a team like HQBuilders throws their all into a map, it really shows. You’re trying to find Jonesy’s secret treasure, which he’s hidden behind your usual assortment of death run obstacles. What I love about this map is how heavily and consistently it leans into the pirate aesthetic. Boats provide solace from shark-infested waters, building interiors feel appropriately drab and wooden, and you’ll even fight against a ship full of zombies. 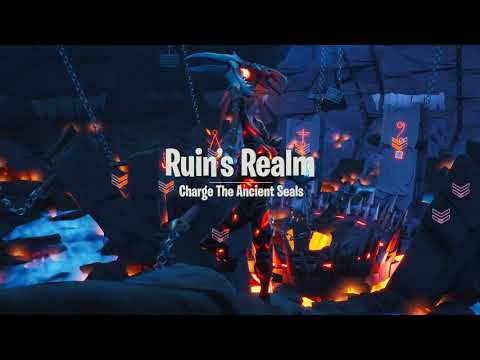 Code: 1347-0027-1101
This is the closest I’ve come to feel like I’m playing an old school Quake deathmatch in Fortnite, if only because of the tight arena and ability to launch yourself high into the sky. It also helps that the map’s design, while a little easy to snag yourself on, looks like something you’d expect out of id Software: Big demonic slabs of stone, chains reaching into the ceiling, and a hand-shaped altar in the center. 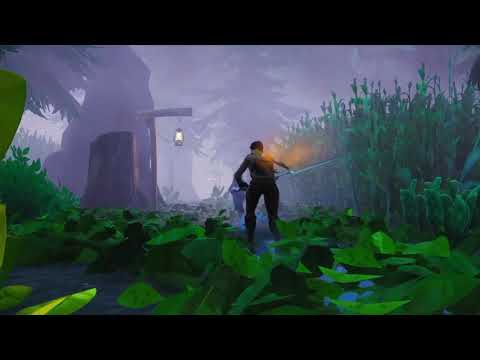 This one’s a creative ode to the horror game Dead by Daylight, where a monstrous slasher chases down a couple of dumb teens while they try to escape. Dead by Footlight give the killer an infinity blade and tasks survivors with destroying generators. The killer does their thing and kills while survivors take to the corn and hide, working together to distract the killer while working towards their collective escape. 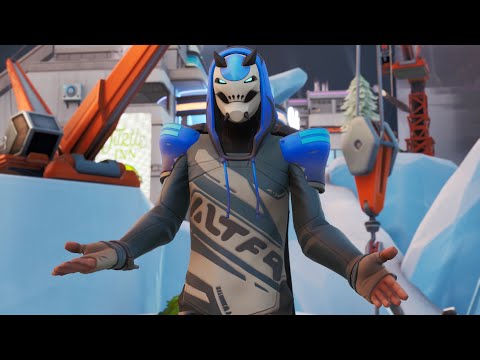 A narrow map, plenty of building materials and items, and a storm quickly pushing two teams to the center. This is Fortnite’s endgame condensed into a round-based arena shooter format. Skip the looting and get right to the good stuff.

Yep, it’s a fully-functioning game of Tic-Tac-Toe that can even detect a win. 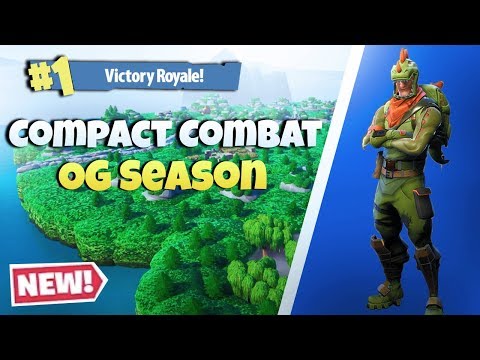 It’s the original Fortnite map before the rocket and the cube and all that noise, but it’s tiny. Compact Combat is a miniature take from P_recs on what started it all. The novel, detailed, and a fun little deathmatch map.

Ballers may be a controversial subject in the regular game of Fortnite, but you can’t deny how fun they are to mess around with. This hilarious bouncy pinball course is all you need to see to have fun inside of a Baller again.

Season 8’s jungle theme is put to great use in this build by Jagran. You’re placed into a treacherous jungle temple and it’s your job to navigate through traps and death-defying jumps to find the treasure.

The nigh-impossible challenge map is back in its third variation, as the sadist known as Cizzors has mastered the map-making tools to once again test your sanity.

New to season 8, this map is all about naval warfare using the game’s brand new pirate cannons. It’s like Fortnite meets Sea of Thieves in the best way possible. 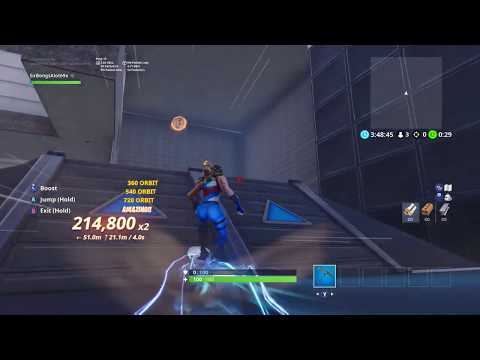 It was inevitable. While the draft board isn’t quite as easy to control as a PS1-era  digital skateboard, the exaggerated proportions make up for the exaggerated airtime you’ll get. 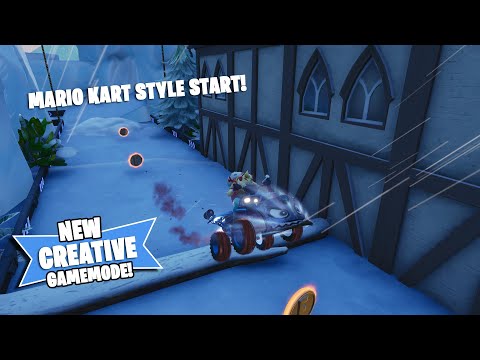 A bumpy road and tight track make for a great all-terrain course. You’ll need to play this one slow and smart to get ahead.

Head to the next page for even more excellent Fortnite creative codes.

Touhou DollDraft will be released for PC in June 2021

NieR Automata PC to get an upgrade patch on Steam