Even with Call of Duty: Modern Warfare releasing next month, Activision continues to support last year’s game, Black Ops 4, with new updates and more content. The newest wave of new content is out now on PS4 in the form of the Operation Dark Divide update–and it’s a big one. Here’s what’s new in the game’s latest update.

For the battle royale mode, Blackout, the update restores the map to its normal look from the previous refresh that sets the stage for a new mode. The new mode is Heavy Metal Heroes, and it is a vehicle-focused mode that encourages players to jump into armored ARAVs, ATVs, and motorcycles, while a new vehicle, the tank, has been added. 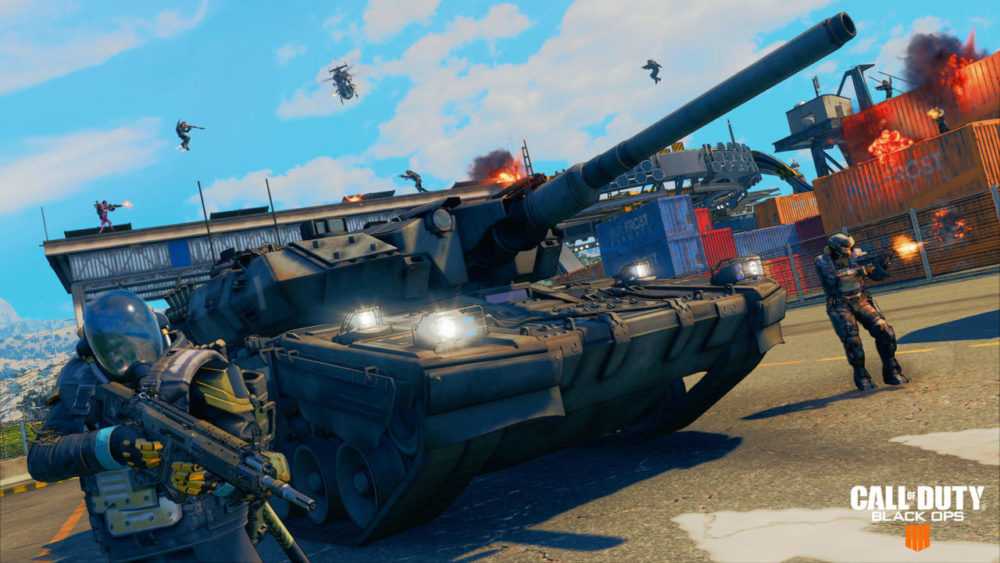 The tank is … a tank. It is equipped with a mighty powerful weapon that Activision says will “decimate” anyone found in its sights. The tank supports a drive and a passenger who sits in the gunner position. To call in the tank, players must find it on the map or use the flare gun to call it to your location on the map.

Outside of Blackout, the Dark Divide update introduces new Elixirs (Secret Shopper, Power Vacuum) and a new Perk in the form of Blaze Phase. This allows you to transform into a “charging fireball” to scorch your enemies or knock them back.

Those who have the Black Ops Pass, meanwhile, are getting the final chapter in the Zombies Aether storyline; Tag Der Toten is available now. It seems the crew of the Victis traveling to Siberia to fight off even more zombies as they uncover secrets.

For standard multiplayer, the Dark Divide update adds a new map called Lair. This map is set on a volcanic island featuring a laser that players can activate to torch their enemies. A second “new” map is “Launch,” which is a reimagined version of the original Launch map from the first Black Ops.

Go to Activision’s blog to learn more about what’s new in Dark Divide. The update is available now on PlayStation 4 with releases for Xbox One and PC to follow.