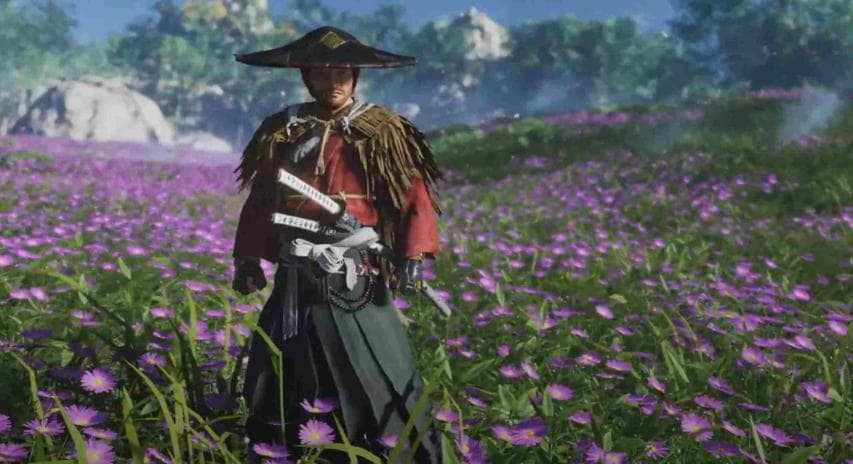 Okay, now this is cool. In an interview with VG247, Ghost of Tsushima innovative director Jason Connell confirmed that there is in fact a button for flicking the blood off your sword in super cool, samurai style.

Verifying this new feature, Connell went on to state:

“There’s actually a function or a button that lets you just stow and draw the sword, and if there’s blood on the sword, he’ll do one of the cool, flick-like actions. I believe he did that one inside the State of Play demo, where he actually just pressed the button.”

Remarkably due to the fact that the animation is so cool, Connell also stated that player protagonist Jin will do it as part of an idle animation regular too:

“There’s also an automatic one if you’re standing around for quite a while, he’ll automatically stow it. So, we have kind of both. I think there’s actually even in some of the flourishes of melee combat, he’ll just do a quick one.”

Of course such attention to information are just part of a bigger creative overture that Ghost of Tsushima makes towards the traditional samurai movies of the silver screen, with the just recently announced ‘Samurai Cinema’ mode permitting players to capture remarkable black and white video footage of their own experiences within the game.

In case you missed it, you can catch the current Ghost of Tsushima gameplay blowout at May’s State of Play rundown right here.

Ghost of Tsushima is set to release specifically for PlayStation 4 on July 17, 2020.