CBS and Paramount Home Entertainment announced the Blu-ray, DVD and limited edition Steelbook release of season one of the animated comedy series Star Trek: Lower DecksCheck out the cover, details and trailer below …

It focuses on the support crew that served on one of Starfleet’s least significant ships, the USS Cerritos, in 2380. Ensigns Beckett Mariner (Tawny Newsome, Space Force), Ensign Brad Boimler (Jack Quaid, ‘The Boys’), Ensign Samanthan Rutherford (Eugene Cordero, Kong: Skull Island) and Ensign D’Vana Tendi (Noël Wells, “Master of None “) must keep up with their duties and social life, while the ship is startled by a host of sci-fi anomalies. Starfleet characters who make up the ship’s bridge crew include “Captain Carol Freeman” voiced by Dawnn Lewis (“The Rich & the Ruthless”); Commander Jack Ransom voiced by Jerry O’Connell (Billions); “Lieutenant Shaxs” voiced by Fred Tatasciore (“American Dad!”); and “Doctor T’Ana” voiced by Gillian Vigman (“New Girl”).

The Blu-ray, DVD, and limited edition steelbook offer fans all 10 episodes from the debut season and nearly two hours of exclusive special features, including: 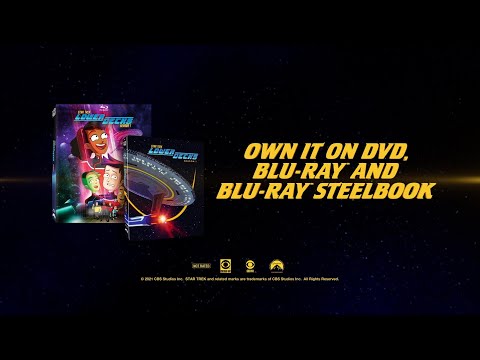