Funimation down reports are on the rise with users reporting server problems with the popular anime streaming service today. Independent Outage Monitor Down Detector has recorded a spike in Funimation down reports, with hundreds of reported issues with the service. According to Down Detector’s statistics, more than half of those affected are experiencing login issues, while about a third are dealing with streaming issues.

When the reported Funimation issues hit, users also took to Twitter to tweet about the issues they were facing.

One tweeted, “Funimation really went down when I was just left on a cliffhanger in Dragonball Z wow”.

While another posted, “Funimation broke”.

One added: “@FUNimation has something happened to the servers?”

While users – at the time of writing – have login issues, hopefully they will be able to log back in soon.

Funimation’s official website currently has a notice stating that the site is undergoing maintenance.

The Funimation website states: “Funimation performs maintenance on the site!

“We will be back online soon. Please refresh your browser or try again later.”

Funimation – along with Crunchyroll – are the two biggest anime streaming services out there, with the former having a selection of exclusive offers, including one of the biggest hits of the year to date – Horimiya. 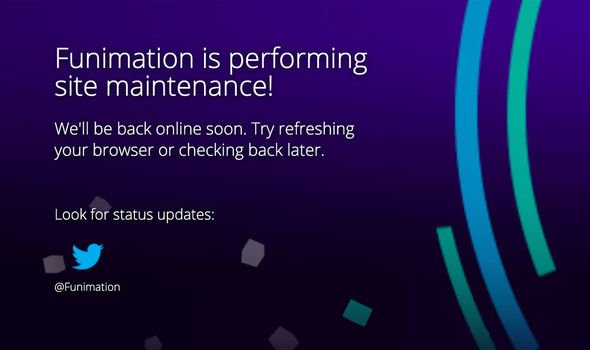 Currently, the PlayStation Play at Home program offers an extended trial period for Funimation, where new users get three months of free access to the service.

Speaking of the deal on the Play at Home website, the PlayStation team said, “Enjoy an extended free trial as a new subscriber to the anime streaming service on PS4 and PS5.

Follow your favorite anime series, including My Hero Academia, Naruto, Attack on Titan and Fairy Tail, all on Funimation.