G-Mode Corp has announced it G-Mode archives titles on PCs via Steam starting in the spring of 2021. The company has its G-Mode archives range of games on the Nintendo Switch, mainly in the Japanese eShop. G-Mode Corp’s first game in the series, Flyhight Cloudia, has all of its own Steam page [Thanks, Game Watch Impress!]

G-Mode Corp’s PC announcement commemorates a year since the company began releasing its G-Mode archives games on the Nintendo Switch. The first game to come to Steam is Flyhight Cloudia, an old-school JRPG with a heavy emphasis on its story. However, as with the Nintendo eShop release, the title does not include an English language option. 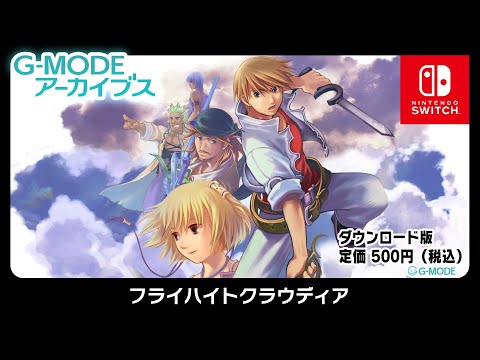 The purpose of the company with the G-Mode archives project is to faithfully recreate Japanese feature phone games from the early 2000s on modern hardware. The project is an example of preserving video games from the earliest era of digital game distribution. As a fan of classic games, Bayonetta Even director Hideki Kamiya praised the company’s effortsG-Mode Corp. released 33 titles in his Archives series, with more on the way. The company even launched the original Hero must die. game on the Nintendo Switch.

G-Mode archives Flyhight Cloudia will be released on PCs via Steam in Spring 2021.

The monthly revenue of “State of Survival” exceeds 500 million. Which mobile game is the No. 1 mobile game in Beijing’s gaming circle, which...