The latest PUBG Mobile update comes complete with weapon refreshes and features, but features something much bigger.

Karakin has become the latest map to debut in the mobile version of the popular Battle Royale franchise and is available for download today.

The PUBG Mobile Karakin update offers a fresh landscape to survive in, bringing a 2km x 2km scale with wide open areas and rocks to hide behind.

According to the patch notes, Karakin supports up to 64 players and is built for gun combat both in the mountains and in cities.

There are also new underground areas to explore, as well as new map features to combat and use to your advantage.

Karakin has a new demolition zone, something that Tencent describes as a purple zone that needs careful monitoring.

Not only are these areas more difficult to close, but they can also see Karakin’s Building being destroyed in a match.

Another major feature added to the game this week includes changes to the interior of buildings.

Some buildings have thinner walls when not blown up, which means you can shoot through to clear the area.

For those who have never wielded one, the Panzerfaust is a single-shot launcher with a punch that can knock down Karakin’s walls as well as opponents.

Gamers will have to be careful when using such a weapon as the chances of blasting yourself are also very high.

As PUBG Mobile continues to receive new content, along with new Royale passes and seasons, changes are coming. 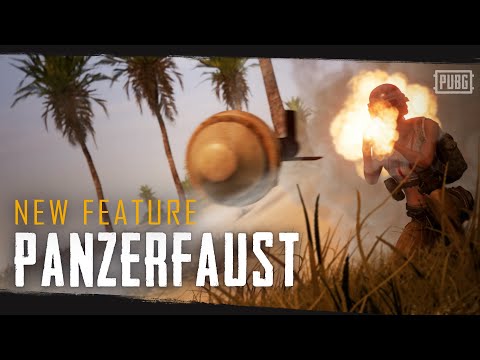 PUBG New State will be an all-new mobile experience that is expected to replace PUBG Mobile.

Set in the future, New State will be able to offer futuristic weapons as well as new map features.

The first news we have is that New State will be placed on a new map called Troi and it will feature futuristic weapons and equipment.

Gamers can use drones and deployable cover while trying to be the last person standing.

Here’s a full rundown of what new features and gameplay will be included in PUBG New State:

Using various weapons and tactics, 100 survivors will compete against each other until only one player or team remains. With an ever-shrinking blue zone, players must find weapons, vehicles and consumables to gain the upper hand.

Ultra-realistic graphics that push the boundaries of mobile gaming

Survival of the next generation

Dragula season 4 of The Boulet Brothers goes to Shudder