Capcom has announced the start time and date for the next Resident Evil Showcase (Image: CAPCOM)

Capcom has signed the time and date for the next Resident Evil Showcase. The second Resident Evil Direct style stream – again hosted by Brittney Brombacher – will air Thursday, April 15, with a start time of 11pm UK time / 3pm Pacific Time. And while Resident Evil fans wait for the stream, they can jump into the Resident Evil Re: Verse open beta that just launched.

In a trailer announcing the next Resident Evil Showcase, Brombacher said, “Capcom gives you a look at a new trailer and gameplay for Resident Evil Village, along with a few other surprises.

“In the meantime, the open beta for Resident Evil Re: Verse is now live – so you can watch it while you wait.”

What these “surprises” turn out to be remains to be seen.

But Capcom originally announced the April 2021 Resident Evil Showcase in a blog post which talked about the start of the celebration of the 25th anniversary of RE.

So we can find out more about how Capcom plans to celebrate a quarter of a century of Resident Evil.

And there’s a rumor that longtime fans of the series – which first debuted on PS1 on March 22, 1996 – will certainly hope it returns.

Leading up to the first Resident Evil Showcase to air, rumors started circulating that Capcom could be working on a remaster of the original PS1 Resident Evil trilogy.

These rumors were sparked by Resident Evil’s official Twitter account which posted videos of the inventory screens of the PS1 era games.

But eagle-eyed fans saw that these screens had some differences from the original – some subtle, some not so subtle.

The biggest differences were seen in the inventory screen for Resident Evil Nemesis.

In the video that Capcom shared on Twitter, the stock screen in RE3 saw the maximum number of items increase from 10 in the original to 14, while other UI changes such as Jill Valentine’s character portrait were removed, the equipped windows and the EKG area became removed and much more.

Fans wondered why Capcom had gone to such lengths to tinker with the UI for these videos, speculating that this could be a sign that PS1-era games are getting a remaster to mark the Resident Evil anniversary.

However, the first Resident Evil Showcase came and went without taking a peek at such remasters. 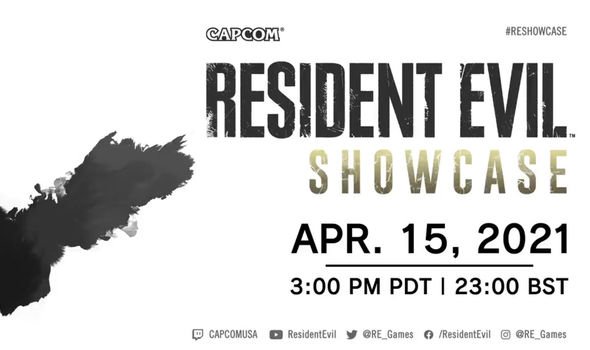 The next Resident Evil Showcase will take place on April 15th (Image: CAPCOM)

We’ll have to wait and see if Capcom takes this out of the bag for next week’s Resident Evil Showcase or not.

But it looks like we’ve discovered an announcement that will be out soon.

It has already been confirmed that there will be a second Resident Evil Village demo, and that this playable teaser will be more battle-oriented.

And in the run-up to next week’s event MP1st has seen a new Resident Evil Village demo uploaded to PSN.

It looks like this demo is ready and set for a demo release date that may be announced at next week’s RE Showcase.

Resident Evil Village will be out next month and will launch on May 7 on PS4, PS5, Xbox One, Xbox Series X and S, PCs and Google Stadia.

Okami Amaterasu Pop Up Parade figure will land this year

The Mortal Kombat movie will be released in Japan in June