Players will be able to unleash the power behind the Karma Seal very soon Naruto to Boruto: Shinobi StrikerFighter Boruto (Karma) will be released on April 9, 2021 as part of the game’s third Season Pass. Bandai Namco made the surprise announcement on his official Twitter account. The addition of Boruto (Karma) marks the game’s 23rd piece of DLC.

Boruto Uzumaki’s new shot will be the hunter’s second incarnation. The base game launched with a Boruto attack type as a playable character. The latest DLC is the fifth and final character added as part of the third season pass. Kakashi Hatake (Double Sharingan), Neiji Hyuga, Shisui Uchiha, and Naruto Uzumaki (Last Battle) came just before Boruto’s Karma seal version.

Bandai Namco uploaded a ‘shocking’ launch trailer to its YouTube channel, promoting the addition of Boruto (Karma) to Naruto to Boruto: Shinobi Striker 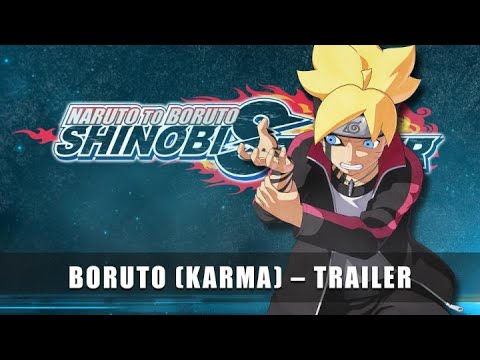 Boruto (Karma) will launch as DLC for Season 3 on April 9, 2021 Naruto to Boruto: Shinobi StrikerThe game is available now for the PlayStation 4, Xbox One and PC. Players can purchase individual characters for $ 3.99 each or the entire third Season Pass for $ 14.99. The bundle saves buyers about $ 5.