GameLook report/I still remember the bilibili game new product launch conference last year. In nearly an hour, the game producers came to the stage and brought players 11 new games with strong styles and different forms, which once triggered a lot of discussion. At that time, one of the apocalyptic mech girls tactical mobile games “Mobile Fighter: Fusion” attracted the attention of GameLook.

And in recent days, this one is represented by bilibili game, Access! The development of “Mobile Fighter: Fusion” started the Android test on April 8.

In fact, “Mobile Fighter: Fusion” is a sequel to “Mobile Fighter”. While some of the previous settings are used, it still maintains the same high-quality performance as before. In the game, players need to gather more than a hundred mecha girls “Artery Gear (AG)”.Use their unique skills and settings to match and combine, and intuitively experience the fun of strategy duel under the dazzling special effects of skills 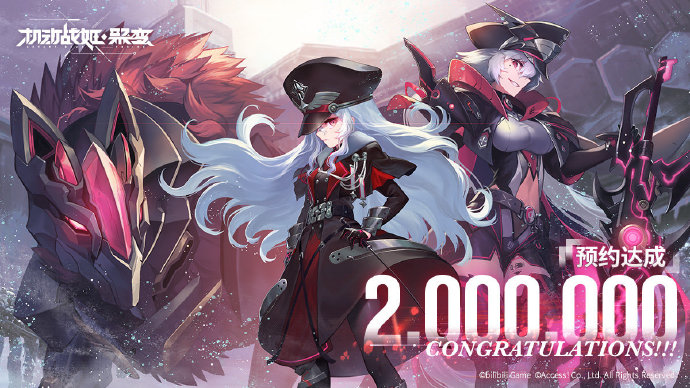 It is worth mentioning that after the game’s launch at the B station press conference, its research and development company “Access!” also received further investment from the B station last year. Not only that, the game is currently rated 8.1 on the TapTap platform, and the number of reservations on the official website has exceeded 2.2 million. So, what kind of game is “Mobile Fighter: Fusion” that has successively won the favor of players and station B?

Inheriting the world view of the previous work, the doomsday apocalypse-style kingly plot

Sudden catastrophe, human commanders and Maiden fighters counterattack together and other labels, presumably the “old two-dimensional” are no strangers. Indeed, the theme of “Doomsday Apocalypse” has long been a frequent visitor of two-dimensional games in recent years. And the world view inherited from the previous work “Mobile Fighter: Fusion”, also chose this king road line.

In the near-future worldview, human beings are quickly becoming a kind of aggressive mutant population “puppets” because of being infected by “tethering”. With the snowball invasion of the puppet army, soon the entire surface gradually fell into chaos. At the same time, the once satellite country has become the only safe haven. Soon, the only remaining surface countries formed a “front alliance” here, and sent their AGs to move in various battlefields, and the second anti-puppet war also started. 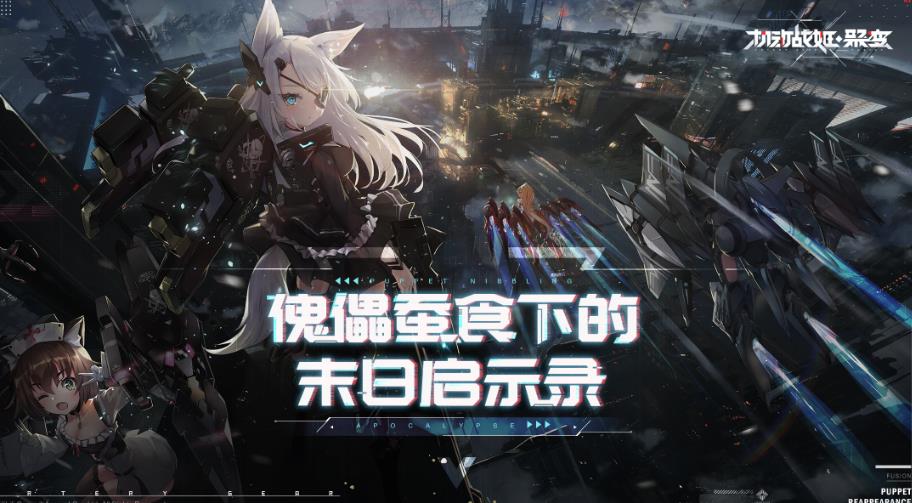 Under the grand setting of the world view, the main storyline of the game is stable but not boring. There are basically everything you need in the scenes such as ignition, reversal, foreshadowing, dark line, sugar feeding, and reunion. At the same time, the mature world view and the wonderful main story are also easy to understand in performance, which makes it easier for players to have a sense of substitution.

Previously, game producer Parker mentioned in an interview that the R&D team firmly believes that whether it is shaping the game worldview characters or re-excavating the game IP, it will eventually be recognized by players and the market. “So we implement a very subtle concept to provide players with a smooth game experience while ensuring that the core creative ideas of the game remain unchanged”

Therefore, it is not only the structure of the world view, but the production team is also very careful in shaping the characters. The AG in the game, that is, the group of mecha girls who are used as weapons against puppets, also have their own detailed background stories, numbers and genealogy, which will be closely linked to the personal stories and mainline plots of the subsequent characters.

More importantly, the main “wife” Nio, Meier, Layla, Zero Four and other characters in the previous work will appear in this work with a brand new image. However, only 56 AGs have appeared in this test, and some characters will only appear in the plot at present, and players cannot use them yet. 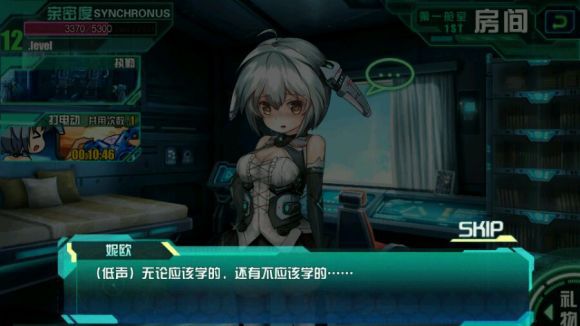 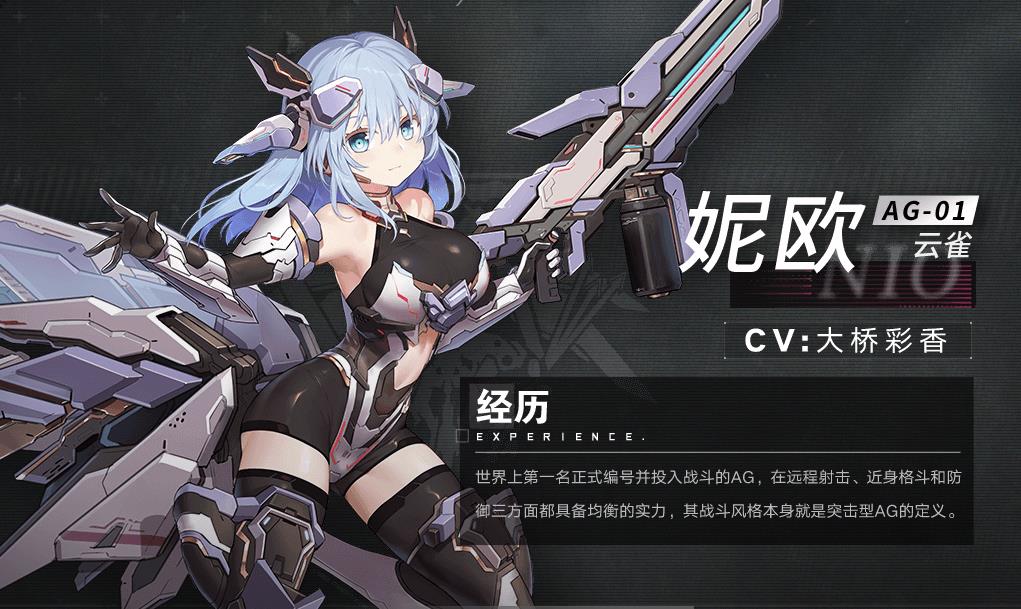 Under the cool visual performance, the quality of the game still needs to be polished

What’s interesting is that “Mobile Fighter: Fusion” was initially known to players, and it was completely out of the circle with its high-quality game art. At the beginning, the game only released some character sketches, battle GIFs, and big moves GIFs on Weibo. However, with its exquisite art style and cool close-up skills, it spontaneously attracted the attention of a large number of players. The game is very fast. It ushered in its first popularity, and also opened a lot of drainage for the first test later. 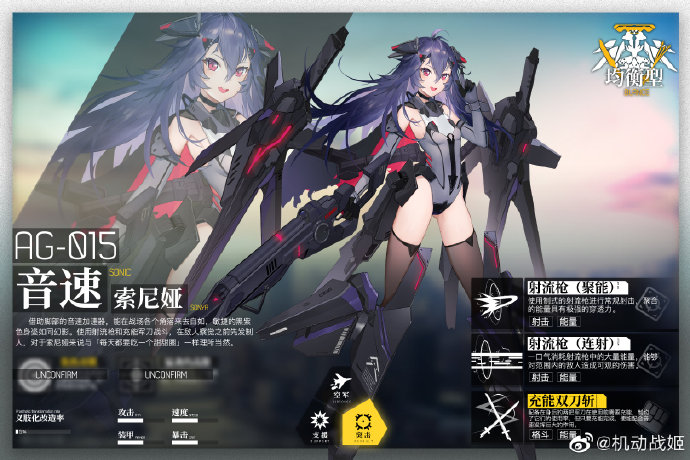 Of course, the real performance of the game is equally good. “Mobile Fighter: Fusion” uses a combination of 3D battle scenes and 2D characters. At the same time, the game itself uses a new lighting technology, which greatly improves the character’s self-illumination and particle rendering effects, and is more prominent. The overall gorgeousness of the game scene.

It is reported that the game also uses the combination of 3D and Spine technology, which can create more structure and body shape characters, and show more complex actions. It is not difficult to understand that the character’s slashing blows and the cool light cannons can make people shine, and the effect of fighting, especially the killing performance, is not inferior to the same because of the character’s two-headed image. Type product.

At the core gameplay level of the game, it is mainly based on turn-based combat + role development. Parker also said that the team hopes to simplify the tedious operation and development of the system, so that players can master a variety of lineups to deal with different challenges.

Indeed, the combat gameplay of the game is not complicated. Players can team up with four characters at a time, and each character has 3 skills, and they attack in turn according to the timeline. But correspondingly, players need to combine character characteristics before the battle, and this is also the focus of the R&D team.

Strictly speaking, although “Mobile Fighter: Fusion” has already gained a large number of fans in terms of gameplay, it is inevitable that some problems have been exposed in this test. GameLook found that most player feedback is concentrated in the game card pool burst rate, unreasonable payment mechanism and other links. Fortunately, the design of these commercial mechanisms is exactly the problem that needs to be solved during the test. Today’s premature exposure is more conducive to later debugging and polishing.

Deeply bind station B, use mecha theme to open the door of the second dimension

In fact, before acting as the agent of “Mobile Fighter: Fusion”, Station B has inextricably linked with this two-dimensional developer “Access!”. But before that, I have to mention another company, OTAKU GAMES. The previous work “Mobile Fighter Ji” was developed by this company, and later it was also distributed by the agent of Station B.

In 2017, OTAKU GAMES further participated in the “Song of Time Project” music project at Station B, and was responsible for the research and development of the large-scale collaborative RPG mobile game “Song of Time”. Its main company Qianlong Xincheng also received investment from Station B that year and is currently being used by Access! The main company, Duo Qi Duo Qi, holds 14.44% of the shares. But now Access! It was also invested by Station B last year, and the latter holds 70% of its shares.

It is understandable, Access! Its “Mobile Fighter: Fusion” and another barrage shooting game of the same genre “Slude” have a close relationship with OTAKU GAMES. The two manufacturers have also shared the same TapTap page before. 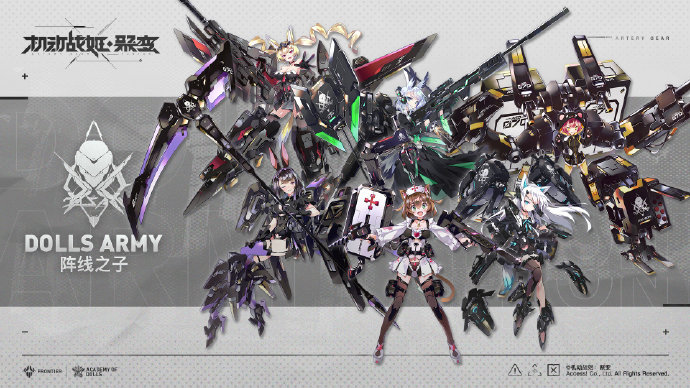 Although bid farewell to the horizontal shooting gameplay of the previous game, with the cool visual performance, refreshing strike feeling, easy-to-use turn-based gameplay, etc., many two-dimensional players are still full of expectations for “Mobile Fighter: Fusion”. Some players even bluntly said, “Have played the best quality of the same kind of horizontal board game.” Coupled with the natural advantages of the two-dimensional platform B station, the performance of the game after the official launch is undoubtedly unexpected.

In addition, Access! Its another TapTap 9.4 points, 210,000 players reserved “Slude” has not yet announced the publisher. However, the game has already obtained a version number, and no surprise will also be represented by station B. In other words, with Access! The deep binding with station B is likely to use the two mecha-themed mobile games as a springboard to achieve another breakthrough in the increasingly crowded two-dimensional circuit.