My Hero Academia season 5 will be broadcast on Toonami from May 8, 2021. Fans in North America will soon be able to watch Class 1-A battle against Class 1-B on Cartoon Network. The latest season of the Shonen anime series was streamed on Funimation on April 10, 2021. [Thanks, Funimation!]

Fans will have a different method of watching the popular Shonen anime when it returns to Cartoon Network’s program block for late night TVThe fifth season of My Hero Academia has already started streaming on Funimation in both subbed and dubbed formats. Given the delay, those watching Toonami aren’t going to be the most up to date. However, viewers can enjoy catching episodes and delving deeper into details they missed. In the final season, the League of Villains is investigated, in addition to the mystery surrounding One For All.

The My Hero Academia season 5 promotional trailer showcases the rival classes lashing out, along with a thrilling sting at the end. 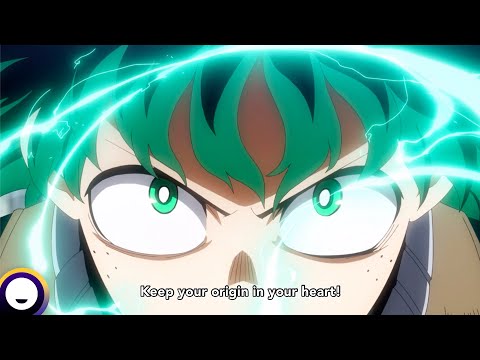 My Hero Academia Season 5 will debut on May 8, 2021 in Cartoon Network’s animation programming block Toonami.