Shantae has a release date for the Nintendo Switch eShop on April 22, 2021. In-game, you can also choose between the standard Game Boy Color mode or the enhanced Game Boy Advance mode. Despite its retro looks, ShantaeThe release date trailer shows off her fluid animations as she waves her hair, turns into animals, and jumps from platform to platform.

The trailer for Shantae on the Nintendo Switch is available on the WayForward Youtube Channel. You can check it out here: 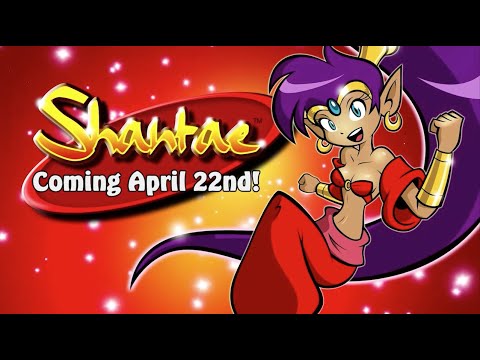 Shantae is a platformer series originally released on the Game Boy Color in 2002. It follows the titular heroine Shantae, who is a half-ghost, as she tries to protect Sequin Land from various nefarious powers. According to director Matt Bozon, initial sales were poor as most gamers switched to Game Boy Advance. However, its reception was generally positive and it has since been given the status of one cult classicIn 2020, WayForward and Limited Run Games teamed up to produce a short series of Game Boy Color Shantae ink cartridges.

There are a total of five games in the Shantae series and the four sequels can all be found on the Nintendo Switch. This means that you can collect it all after April 22 Shantae series for the Switch.

Shantae will be released on the Nintendo Switch eShop on April 22, 2021.