Indie developer 7 Raven Studios announced they will release their latest title, The Skylia Prophecy, on consoles on April 23. In this retro-inspired side-scrolling action RPG, players will tackle a great evil as a young woman. Watch the game’s release trailer below….

The Skylia Prophecy is set in a medieval fantasy world threatened by an evil force released by a young woman when she was a teenager. Now this young woman is on a quest to the Tirkin Fortress to cast an ancient spell that should help defeat the evil she accidentally unleashed three years ago.

In the role of Mirenia, the young woman, players will have to travel across the country and through cities in her quest, meeting other people who need help. There will be ancient dungeons to explore, undead hordes to kill and powerful items to win. Interacting with townspeople provides rewards that can facilitate the quest and also reveals secrets that will aid them in their journey.

Inspired by the ‘kill the player’ philosophy of the ‘Souls’ games, this tough but fair RPG adventure features tough bosses, exploration-based riddles and a fantasy world full of epic quests. 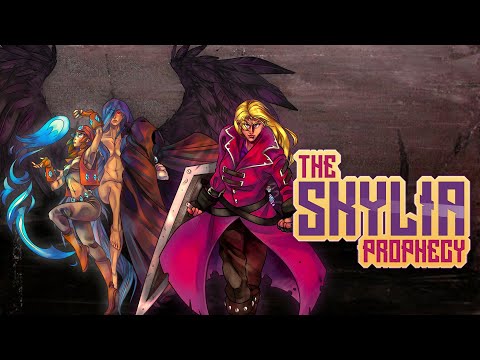 The Skylia Prophecy arrives on Xbox One, PS4 and Nintendo Switch on April 23.

Sky Q adds another popular app, but the timing couldn’t be worse