Today is the day the new Warzone update is released, and the best news is that it will be available on all platforms.

The Call of the Tempestarii Quest will arrive later in the day, but console gamers should know that the patch could be a major download.

This is because developers Digital Extremes made background improvements to the console version and told gamers this week:

“In preparation for the next generation build, there are behind the scenes developer features to launch with Update 30.

“In order to fully implement it, Warframe must be re-downloaded in its entirety to take effect. The good news is that this will reduce the overall size of Warframe somewhat – about 30 GB instead of 32 GB.

Update 30 will be around 11 GB on PS4 and 12.5 GB on PS5. Variations in size are to be expected based on how the different generations operate.

“We’ve made a soft remaster in preparation for Update 30 so that when it launches, the total size of Warframe on the Switch won’t exceed the current 22 GB. Download size is approximately 7 GB due to the remaster process.

“While working on the update, we found that there were threading condition issues in our memory allocation that affected load times. Now that this has been fixed for Update 30, it will cut loading times on PS5 in half! “ 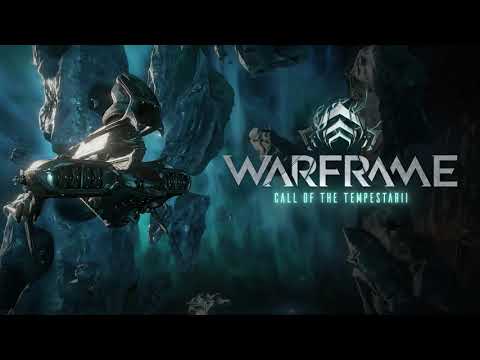 The official description of the new content reads: “The Corpus has been mobilized to the Proxima regions.

A new character called ‘Vala’ and more awaits you in the ‘Call of the Tempestarii’ quest, coming in Warframe’s 30th update! Keep an eye out for April release on all platforms!

“The Call of the Tempestarii will be a shorter quest with a mysterious vessel. This will be one of our first promising missions with Railjack – in it we introduce you to Vala. “

More news is expected to be shared by the development team leading up to the new release.

We don’t know what time the new Warframe will be available for download, but we expect it to arrive before 8pm BST.

And with the Corpus Proxima launching on new platforms, here’s what gamers should know about the upcoming changes:

“We’ve made it easier to head to Proxima by lowering the barrier to entry and integrating more of the key gameplay elements you love about Warframe into the Railjack experience.

“Lowering the barrier to entry starts with lowering the cost of ship components and reducing the time to build them. It also means you no longer need dry docks in your clan dojo! Instead, Dry Docks are now available in the Kronia Relay on Saturn and the Orcus Relay on Pluto.

“If you can’t wait to head straight into battle, you’ll find a fully-built Railjack available for purchase from the in-game Market, available separately or through the all-new Railjack Captain’s Bundle, along with four Crew Slots. And the Nautilus Sentinel. “

Forget Games with Gold, Xbox Game Pass is the May upgrade