DC’s Legends of Tomorrow star Dominic Purcell caused quite a stir this weekend with a fiery post on Instagram announcing his departure from The CW’s DC superhero show, while throwing a few jabs at Warner Bros. Television. Here’s the original (now deleted) post, in which Purcell announced that he would be walking away from the show after the upcoming sixth season.

‘The deal is not final. I’m not interested, ”said Purcell of his inclusion in the seventh season. “Whatever money they throw at the corporate level. I’m running away from @cw_legendsoftomorrowIt was a total pleasure and a humbling experience @dccomics iconic character #heat wave (aka) MICK RORY to life. I broke this character – no actor in the world could have done it better. FACT…. Such a funny c *** …… .. Time to move on and watch shit unfold. @coenensander @nickzano take care of the children who come through. They need education. They’re a number – teach them not to rely on studio loyalty. The studio doesn’t care. The actors’ work ethic and talent must give them the confidence to question authority. …. Much love to everyone. It has not escaped me how happy I am. … ..ACTORS HIT ME ON DM. “

The actor then followed this up with a second post, clarifying that in fact he doesn’t have beef at Warner Bros. TV, and that he expects to appear “periodically” in the seventh season – just not on a full-time basis:

“AND NO BODY BECAME ME TO MAKE THIS STATEMENT… .God wants to chill everybody the ***. Why are people losing their minds for leaving the show? Yes, my tone was immediately heavy. I use swear words because I do and I am Australian. It’s who I am. Did I bring a steak with the studio @WillemII NO! …… .Yes, I said they don’t care. Of course that’s not right – I’m just emotional and over the top. We work, we all work in a big machine. Sometimes something happens. It’s life. …… .. here are the facts. I’m leaving @cw_legendsoftomorrow on a full-time basis. I regularly come back with a handshake with my boss Phil Klemmer. I have and always have had a great relationship with the Bosses and the studio @WillemII Peter Roth and I had a great working relationship. I was super sad when he retired. My wording was aggressive in tone because sometimes I get frustrated and annoyed that it’s been a long, long, tough year #Vancouver for 9 months without going home. Who has not and who has not lashed out. I’m a goddamn human. So for God’s sake chill. “Dominic Purcell and the studio are amplifying” total nonsense. It’s just not true that the press always turns shit into what it isn’t. I have not quit. My contract is about to expire. 6 years no 7. I never quit a contract and never would. So to all fans, you’ll be seeing me periodically in Season 7 again next year. I hope this cleared things up. I have to admit I was damn shocked by how much press I got, or this became global. Nevertheless @cw_legendsoftomorrow has never received so much press !! “ 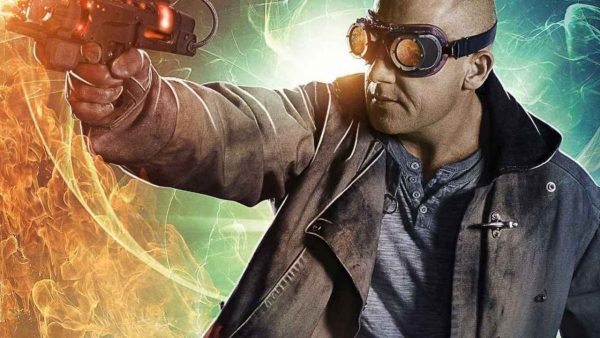 DC’s Legends of Tomorrow season 6 premieres May 2 on The CW.