The Korean mobile game market reached 1.5 billion US dollars in Q1. Who is the MAU/revenue TOP5?

GameLook report/Recently, according to data from IGAWorks, in Q1 this year, Korean mobile game in-app purchase transactions reached 1.66 trillion won, or about 1.5 billion U.S. dollars, or 9.715 billion yuan, setting a new quarterly revenue record. Among them, Google Play accounted for 78.6%, followed by ONE Store 14.2%, and App Store accounted for 7.2%.

The company further stated that the data is based on AI’s daily analysis of 40 million mobile devices during the period from January 1 to April 6. It can be found that the top five MAU rankings in March are all IP products that have been online for more than a year or have greater influence.

In the TOP5 of the Q1 revenue list, there is a significant gap between the Paradise series mobile games, which still won the championship. It is worth noting that 4399’s overseas star “Miracle Sword” has become the only domestic game shortlisted, and “Korean Gods” and “Gran Saga” launched in January this year are the only new products in 2021.

User monthly activity TOP5: old IP and old products get together, and latecomers are hard to break through

In March of this year, Devsisters developed the “Running Gingerbread Man: Kingdom” with the highest monthly active users of 3.06 million, and more than half (57.4%) of the users were women, of which 27.7% were women in their 20s.

Although the Gingerbread Man series is not well-known in China, it can be described as a national-level game in South Korea. Since the launch of the first parkour game “Run Gingerbread Man: Escape from the Oven” in June 2009, this series has now received more than 100 million downloads worldwide. As the first RPG masterpiece in the series, “Running Gingerbread Man: Kingdom”, which was launched in December last year, has now achieved the top 10 best-selling list in iOS and the top ten best-selling list in Google Play.

As a classic IP with more than ten years of history, the lovely American style has always been the biggest feature of the Gingerbread Man series. This is also one of the biggest charms of “Running Gingerbread Man: Kingdom” that attracts female players. At the same time, in this work, based on the performance of Live 2D, the animation inserted during the character dialogue also adds a lot of color to the game.

After experiencing parkour, match-3, and card battles, this time the Gingerbread Man series has become a social card game. At the same time, it adopts real-time battle or automatic battle gameplay. Players can operate the character to release their skills by just clicking. The main storyline revolves around the adventure of finding the secrets of the ancient kingdom. There are more than 200 levels for players to choose from. Each level contains a specific story behind it, which greatly deepens the immersion of the game.

Followed by Supercell’s “Wild Brawl”, its March MAU was 2.03 million.

Domestic players are no strangers to this game. After the “Wild Brawl” national server was launched in June last year, it immediately achieved an outstanding performance in the domestic iOS revenue of US$1750, which is 124 million yuan. The same is that the game has been popular with local players since it landed in South Korea in 2017, and has repeatedly topped South Korea’s best-selling list.

From GameLook’s point of view, this Supercell’s “newest” mobile game is more like a mild competitive mobile game that combines the features of iO casual games and competitive games such as MOBA and is somewhere in between. By omitting the complicated settings in traditional competitive games, and supplementing it with the features of iO games that are easy to get started and the length of a single game, it is well integrated with the fragmented experience needs of contemporary users, and it has been well received worldwide. Favored by a large number of players, Korean users are naturally no exception.

Then there is the new classic racing game launched by NEXON last year“Rush+”, the MAU in the same period was 1.98 million.

The popularity of this classic IP under NEXON can be described in one sentence: More than half of the people in South Korea have played “Running Kart”. Not only that, the game has also become the most popular racing PC online game when it enters the Chinese market. This status quo has not changed until the emergence of “QQ Speed”.

Now, NEXON combines the classic gameplay of PC games with brand new mini games to launch “Rush+ Kart”, which quickly broke through after being launched in April 2020. The cumulative number of players has exceeded 15 million in just two months. . And since “Rush+” was launched for one year, it has not only been ranked among the top 10 best sellers in South Korea for a long time, but now it still regularly wins the top of the iOS best sellers list. 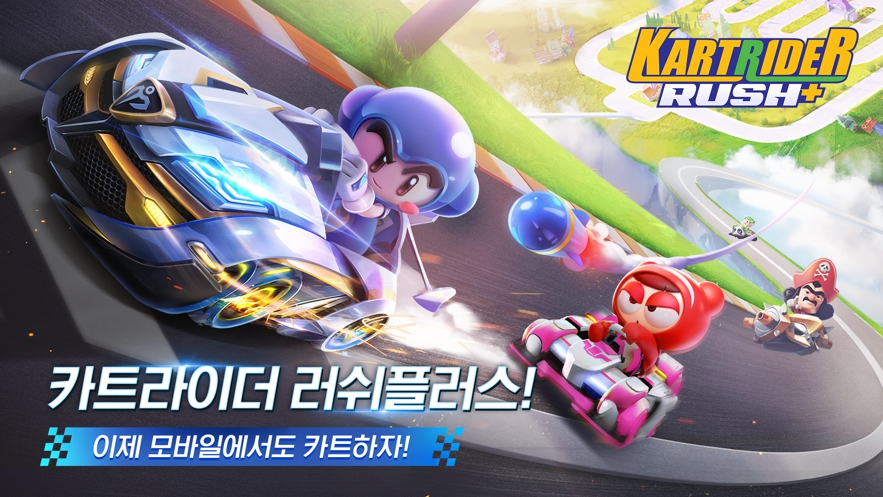 As one of the top popular games in the world“Roblox” is also popular among young users in South Korea, with 1.6 million monthly active users.

The listing of Roblox last month refreshed everyone’s understanding of the concept of meta universe, and from behind the company’s 40 billion market value, we also saw the huge potential of “Roblox”. As a UGC game aggregation platform, children all over the world can play, interact, communicate, and even learn in Roblox. As more and more users join, “Roblox” has gradually become the most important representative of the Metaverse concept in everyone’s eyes.

Today, PUBG, a phenomenon-level game, has sold more than 70 million copies, making it one of the best-selling video games of all time. The mobile game version also performed well. Last year, “PUBG Mobile” plus the Chinese version of “Peace Elite” became the product with the highest revenue in the App Store and Google Play in 2020. In South Korea, where PUBG was born and where the e-sports culture is strong, this mobile game is also popular with local players. 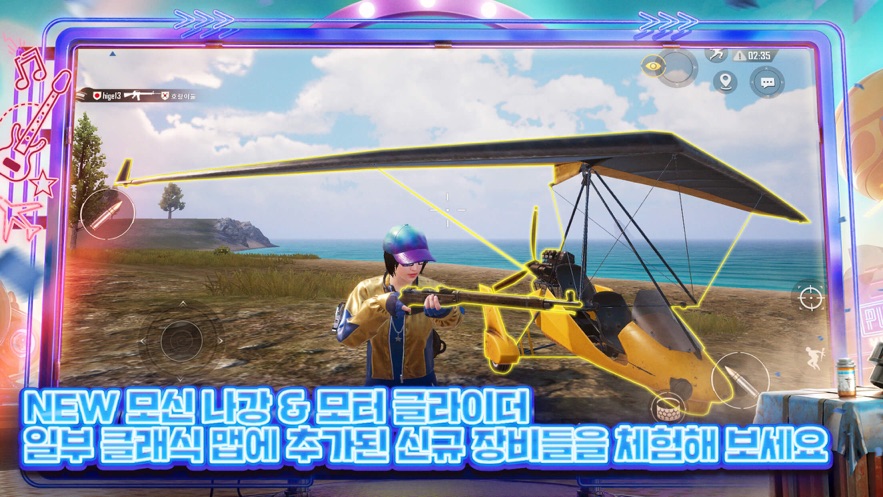 From the perspective of income, not surprisingly,The highest-paid mobile game in Q1 is still “Paradise M” developed by NCSOFT and Netmarble and its sequel “Paradise 2M”. The former earned 70.3 billion won (approximately 411 million yuan), while the latter ranked second with 55.5 billion won (about 325 million yuan).

It is no exaggeration to say that the “Paradise” series can definitely be regarded as a Korean national IP. Since the 1990s, the title of “Paradise” has been popular in South Korea and many countries around the world, becoming one of the most well-known representatives of Korean MMOs, and also making NCSOFT famous.

Today, this local classic IP has already spawned a variety of new mobile game products, and “Paradise M” and “Paradise 2 M” are the most outstanding representatives. These two mobile games developed by NCSOFT have basically never left the top 2 of the Google Play best-seller list, and they are also firmly established in the TOP10 of the iOS best-selling list. The revenue of its single game is even 2-3 times that of the latter, firmly occupying the head of the Korean mobile game market. 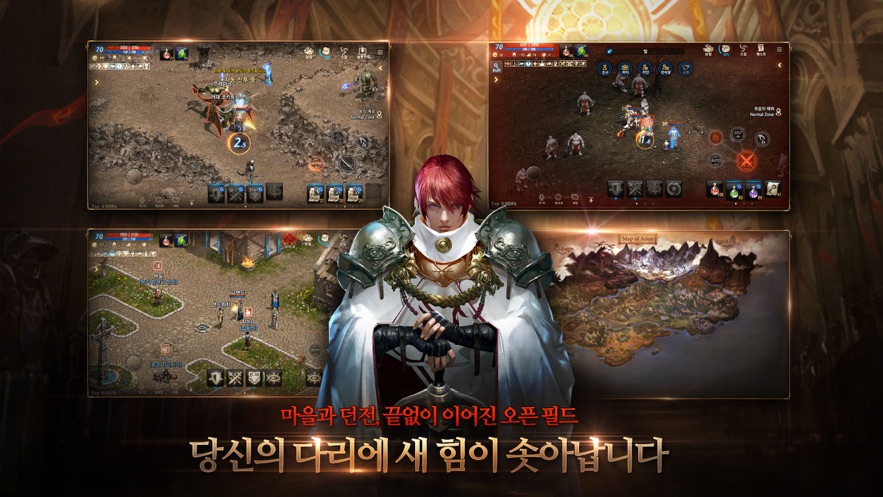 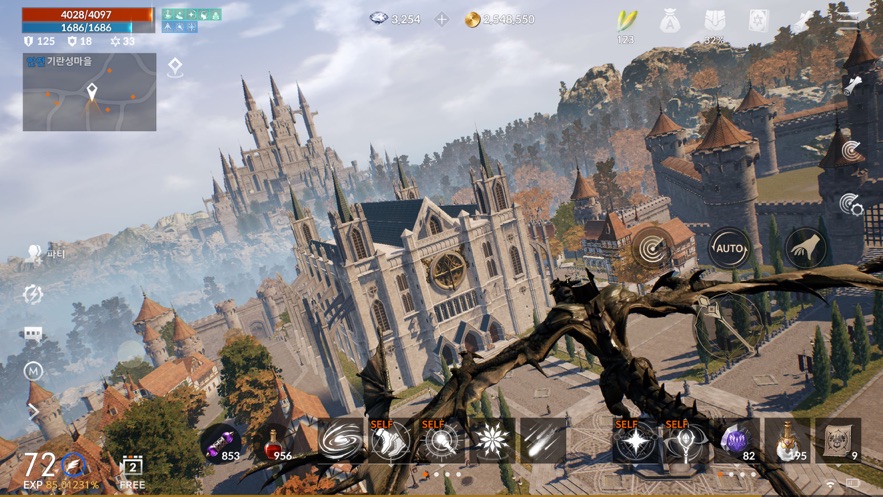 In fact, “Sword of Miracles” is not a product that is particularly innovative and stylized. Except for the vertical screen operation, the gameplay is basically the same as that of the domestic MMO. But perhaps it is the gameplay and cartoon-like magical art that have produced a good effect on Korean players who have been “tortured” by heavy gameplay and greasy realistic style.

In addition, since the promotion stage of the game, a number of local celebrities have been invited to speak for the game. Since last year, the game has been steadily ranking TOP20 in the local best-selling list, and even ranked first in the overseas revenue of domestic ARPG games in Q3 2020. Now it has become the only domestic game that was shortlisted in South Korea’s Q1 revenue TOP5, once again allowing all peers to see that mainstream MMO-level products can also achieve a bumper harvest in the sea. 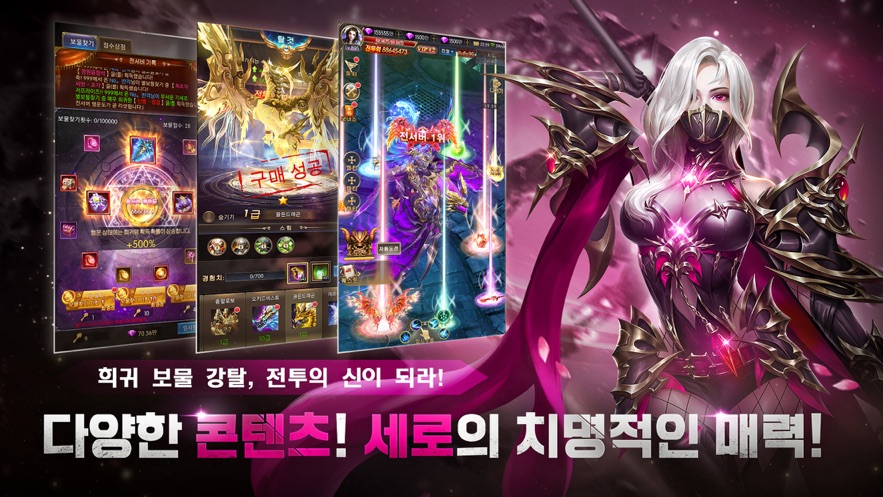 FinallyThe open world MMORPG “Gran Saga” developed and published by NPIXEL, with revenue of 16.2 billion won (approximately 94.8 million yuan),This is also the only new game that is nominated for TOP5.

Few players who care about the Korean market may not know this new face well. Before the game went live on January 26 this year, the number of reservations on the official website of “Gran Saga” exceeded 5 million. In fact, this game is not only an open-world MMORPG, it can also be interoperable on mobile phones, PCs, cloud games, etc., similar to “Yuan Shen”. Therefore, shortly after its debut, the game quickly ranked among the top 5 best-selling lists, and was also dubbed the “Korean version of the original god” by domestic players.

Although the core gameplay is still inseparable from the Korean MMO routines, from the perspective of the screen art, the game is not a traditional Korean realistic MMO. On the contrary, it is more like a Japanese-style two-dimensional, but without losing the unique delicateness of the Korean style. Coupled with the elements of the open world, the Korean market, where the homogeneity of MMOs is severe, is obviously powerful.

Since “Yuan Shen” went online at the end of September last year to kill the whole world, until the first “Yuan Shen” product “Gran Saga” appeared in South Korea, there was only a short interval of 5 months. Now, less than three months after the game was launched, it has already ranked among the top 5 in South Korea’s single-quarter revenue, which shows that the game is of high quality. It also refreshes domestic counterparts’ recognition of South Korea’s mature industrialization system and its strong R&D capabilities. 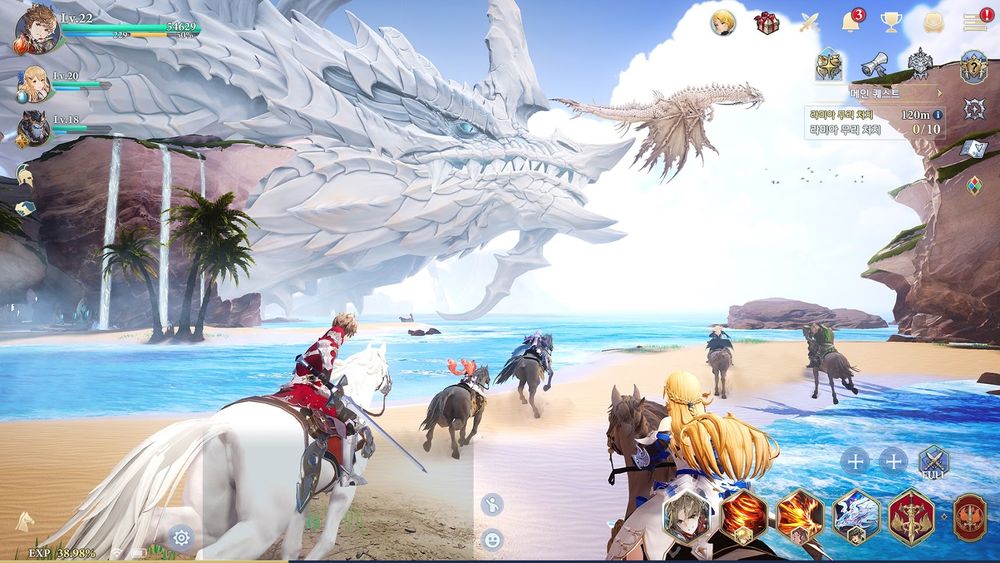 It’s worth mentioning that the data also shows thatNintendo’s “Animal Crossing: Pocket Camp” became the most popular app on Google Play and App Store immediately after its launch earlier this month, with a single day of 420,000 users. In the eyes of many people, the Dongsen series may be Nintendo’s most suitable games for mobile games, and the launch of “Animal Crossing: Pocket Camp” can be regarded as fulfilling the dreams of many players. From GameLook’s point of view, “Animal Crossing: Pocket Camp” indeed inherited the operating elements of the Dongsen series of signs, and carried out appropriate mobile game transformations, such as vertical screen operation, automatic storage and so on.

In detail, players need to collect materials to build their own camps for home decoration, and to increase their favorability and invite NPCs to stay. The latter is the core gameplay of this game, and the NPC’s favorability will determine the player’s level. As the level increases, new NPCs and game content will also be unlocked. At the same time, the most important social elements of the series are also reflected in the game. Players will randomly meet other players and visit their camps.