Life is Strange: True Colors stars Alex, an all-new character with all-new abilities. To prepare people for the game, Square Enix and Deck Nine shared the opening segment of the game. In the trailer, people get to hear from Alex herself while a social worker interviews her about her big move. However, it indicates that she may have secrets that could affect her future.

As a reminder, the Life is strange series focuses on people with extraordinary skills dealing with it, while also solving mysteries and trying to survive. In the March 2021 reveal, Square Enix confirmed that Alex was in Life is Strange: True Colors is able to see people’s auras. Which will come in handy as there will be a new mystery to solve.

Here is the interview with Alex prior to her big move to Haven Springs, Colorado to live with her brother Gabe Life is Strange: True Colors. 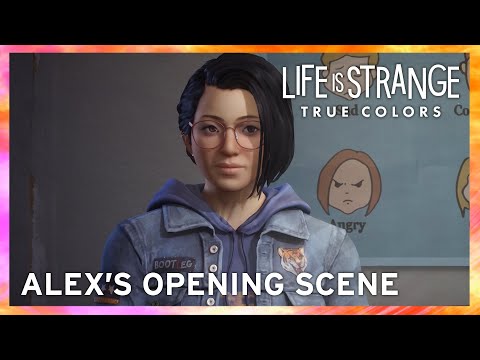 Life is Strange: True Colors launches on PlayStation 4, PlayStation 5, Xbox One, Xbox Series X, PC and Google Stadia on September 10, 2021. Deck Nine previously worked on Life is Strange: Before the Storm. Unlike the past Life is strange games, it is released in one package and is not episodic.