StreumOn Studio and Focus Home Interactive have released a new trailer (see below) for their upcoming fast-paced FPS Necromunda: Hired Gun, scheduled for release on PC and consoles on June 1. This new trailer showcases the Hive of Necromunda in all its dirty, dusty, and blood-soaked glory and introduces us to some of the faces players will encounter in this industrial fortress of the Imperium of Man.

Necromunda: Hired Gun is an FPS that puts players in the role of bounty hunter in the violent Necromunda Hive. The Hive, especially the Underhive, is a den of violence and it’s important to know who’s who and what’s what.

Martyrs End is the place to hear the news related to the news of the different factions and the contracts available. There is a wealth of characters to meet, from Kal Jericho, the infamous bounty hunter who saved your life, to the local barmaid who provides lots of information and cheap booze. Martyr’s End is also the place to equip yourself with new weapons, armor, bionic augments, and everything else to take on the mutants, goers, and heretics you’re likely to encounter.

Players will also get a new best friend in the form of Cyber ​​Mastiff. This faithful companion has seen as much action as your character and has the improvements to prove it. This puppy hunts and dispatches enemies and is upgradeable thanks to its own upgrade tree. 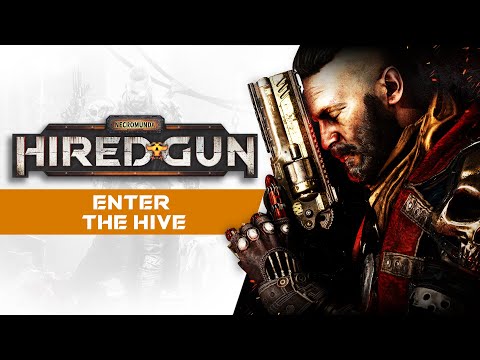 Necromunda: Hired Gun will arrive digitally on PC and consoles on June 1 and physical copies of the game will be released on June 30. Pre-orders are now available for those who do receive the Hunter’s Bounty Pack, which is packed with unique cosmetics and a new dog toy to give the cyber pup more incentive to work his magic.

Ambition: a mighty minuet will charm Parisians in May