Last year, Nacon and developer KT Racing announced the new open-world racer Test Drive Unlimited Solar Crown, but we’ve heard almost nothing about the game since then. Well, today Nacon released a new Test Drive Unlimited Solar Crown teaser – it doesn’t include any actual gameplay, but it does show which platforms are supported and when we’ll find out more. You can watch the teaser below. 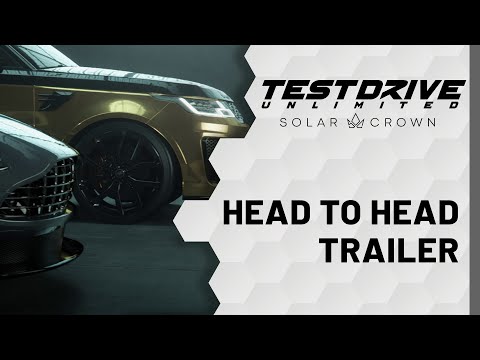 I’d love to see some real gameplay, but dig the slick, stylish presentation that Solar Crown seems to be aiming for. Knowing more? Here is the official description of the game:

A driving and lifestyle experience like no other. The all-new Test Drive Unlimited preserves the DNA of the first games and renews it for the modern era. You have the freedom to progress as you want, the classic concept of the open championship also returns. Live your best life. Race, cruise and hang out with your friends until the sun goes down and even after!

With confirmed makes being Ferrari, Lamborghini, Porsche, Koenigsegg, Apollo, Dodge and Bugatti so far, you really have to work your way up to have the privilege of driving it. Customization is not only limited to your cars, but also to your avatar and even better than ever. You have to dress to impress. KT Racing and the legendary design of TDU1 and TDU2 Alain Jarniou bring their driving simulation expertise to apply a strong development base. Discover a brand new sprawling and vibrant real world venue built to a 1: 1 scale. This is your Test Drive Unlimited Solar Crown.

Test Drive Unlimited Solar Crown is coming to PC (via both Steam and Epic), Xbox One, Xbox Series X / S, PS4, PS5 and Switch. A release date has yet to be announced, but Nacon promises to reveal more information in July.