The Samurai Shodown Hibiki DLC will be released next week

Way back in January 2021, SNK announced the third collection of DLC characters for Samurai Shodown. At the time, the identities of two were revealed. Now we know when one of them will show up. The Samurai Shodown Hibiki Takane DLC will debut on April 28, 2021. There is also a new trailer showing her.

Hibiki first appeared in The Last Blade 2. She is the daughter of a blacksmith who sets out on a journey in her original game after her father is murdered after forging a certain sword. She will join other crossover characters, such as For Honor ‘s Warden and Honor of Kings’ Gongsun Li in the game. 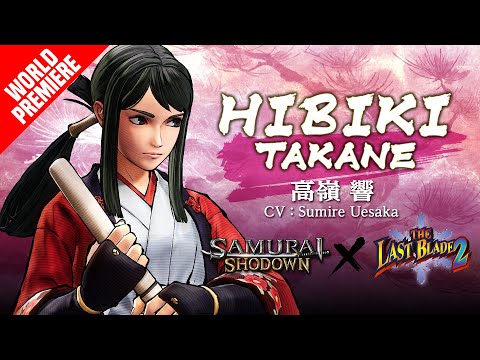 Hibiki is one of many Samurai Shodown Season Pass 3 characters. First in this final round was Tam Tam’s sister, Cham Cham. A Guilty material character will also appear in the game as the second crossover cameo in this collection of fighters. A total of four people will be added to the roster when all DLC rolls out.