Windows 10 users may soon be able to access their desktops from anywhere, thanks to a new service launching in 2021. Microsoft has been working on its Cloud PC technology, code-named Project Deschutes, since last year – and it may be just months away from launch. According to a report by ZDNet, the Windows 10 virtual desktop tool could launch this summer with a June or July target release window.

The in-the-works Cloud PC service is reportedly powered by Azure and allows users to remotely access their Windows desktop and software such as Microsoft Office at any time.

It is believed that the Redmond-based tech giant plans to sell this Cloud PC service as part of Microsoft 365.

Users may be charged a flat fee to access, but a number of subscription plans can be offered based on different CPU, RAM, and storage configurations.

Leading up to the full disclosure, a recent job posting on the Microsoft Careers website gave Windows 10 users an idea of ​​what to expect.

The advertisement stated, “(The Cloud PC service) enables all users to be productive from anywhere, on any device with a cloud-powered, secure and always-up-to-date Windows experience.

“It also seamlessly enables endpoint administrators to deliver directly cloud-hosted PCs and manage physical and virtual devices through a unified portal at a fixed and predictable price”.

Microsoft fans will have to wait and see when the service can be announced, but the upcoming Build conference of Windows makers on May 25 could be a good place to announce the new service.

Other Windows 10 news has suggested that the highly anticipated Sun Valley update could bring a revamped version of the Microsoft Store. 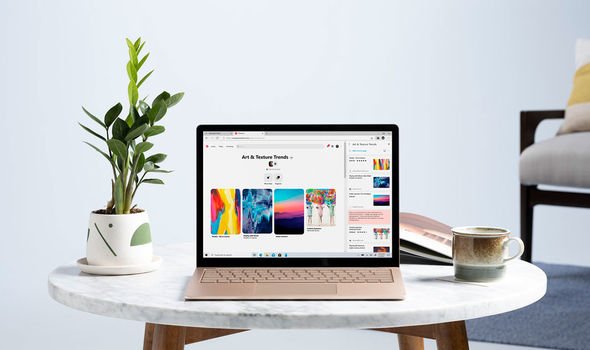 As reported by Windows Newest, the digital market formerly known as the Windows Store, is expected to receive an improved user interface in October or November to help users find the apps they are looking for.

In addition to a more intuitive user interface, the Windows Store is also expected to get a design refresh – with rounded corners and fluid design icons.

Fluid design is the design language that will support the upcoming Sun Valley update for Windows, which will mark the biggest operating system redesign since it launched in 2015.

Elsewhere, it is rumored that Microsoft is changing its policy for the Microsoft Store, which should mean that the market offers a larger and better selection of apps.