The silver case 2425 has been around for quite some time. After all, the duo pack of Goichi “Suda51” Suda adventure games first appeared on PS4 in 2017. The Nintendo Switch port was finally announced in November 2020. Now, ahead of its debut in June 2021, NIS America has shared a video which shows how The silver case 2425 Switch version of The 25th Ward: The Silver Case looks like.

As a reminder, The 25th Ward: The Silver Case is a sequel to The silver case. While it contains references to Kamui from the original game, the three storylines follow new cases within the 25th Division that gradually touch each other as you investigate and find out what’s going on. (It is recommended to play the original game first.)

Here is The Silver Case 2425 The 25th Ward: The Silver Case trailer. While some story segments are featured, much of this footage focuses on showing what exploration and puzzle solving will look like on the Switch. (No spoilers are shown in the video.) 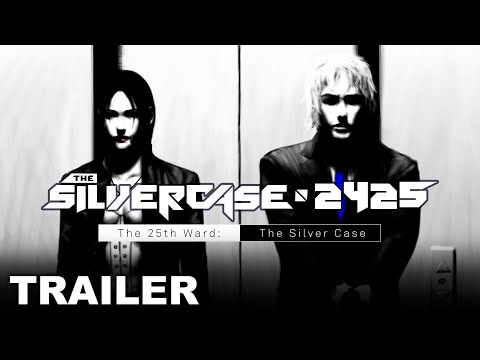 The silver case 2425 is coming to Nintendo Switch on June 6, 2021. The silver case and The 25th Ward: The Silver Case are both readily available on PlayStation 4 and PC.