Mark Rylance and Simon Pegg star in The Undeclared War

Deadline reports that Mark Rylance (Dunkirk) and Simon Pegg (Mission Impossible – Fallout) have joined the Peackock and Channel 4 political espionage thriller The Undeclared War. The series comes from Peter Kosminsky and Colin Callender, who are working with Rylance again after working on Wolf Hall.

Rylance and Pegg will lead the series with Adrian Lester (Riviera), Maisie Richardson-Sellers (Star Wars: The Force Awakens), Alex Jennings (The crown) and newcomer Hannah Khalique-Brown also starring. Kosminksy has written and will direct the six-episode series, while Callender will co-produce with NBCUniversal International Studios from his production company Playground.

The Undeclared War follows “the post-pandemic world of 2024 against the backdrop of an upcoming British general election involving the UK’s first black Conservative Prime Minister (Lester). It follows a leading team of analysts at the heart of the British NSA-style spy agency GCHQ as they try to fend off a cyber-attack on the country’s electoral system. “ 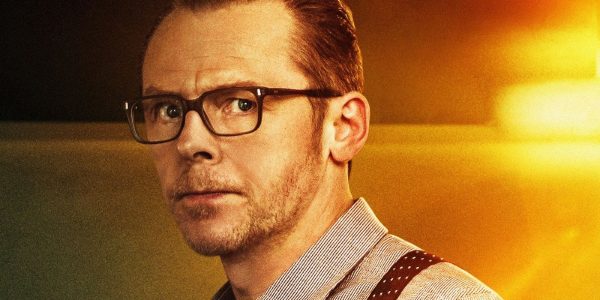 Rylance will play John Yeabsley, “an old hand of GCHQ, who is being brought back into the fold to support former colleagues in combating the heightened threat level.” Pegg will star as Danny Patrick, the boss of Rylance, “GCHQ’s Head of Operations.” Richardson-Sellers is Kathy Freeman, “an American cyber analyst on attachments to GCHQ of the NSA,” while Jennings is “GCHQ chief David Neal.” Khalique-Brown will make her debut as Saara Parvan, “a young college student gaining work experience in the GCHQ Malware Department”.

“The series is based on the least known branch of the UK intelligence infrastructure, GCHQ,” Kosminsky said. “The story we can now tell sheds extraordinary, revealing light on the hot, undeclared war currently taking place in the world’s newest and most invisible domain of conflict – cyber.”

“The Undeclared War is a stunning cautionary tale that brings to life a world never before seen on television or in film, ”said Callender.

Yakuza: Like a Dragon is the franchise’s most successful title