Mastaklo publicly shared a Majin 21 mod for Dragon Ball Z Kakarot. People who download it can then play as her in the PC version of the game.

Majin 21 is a Goku replacement mod. It is a 12.38 MB download. Mastaklo shared a video highlighting what she will look like in the game. This only changes Goku’s character model. It will still use its voice and character icon in the user interface. 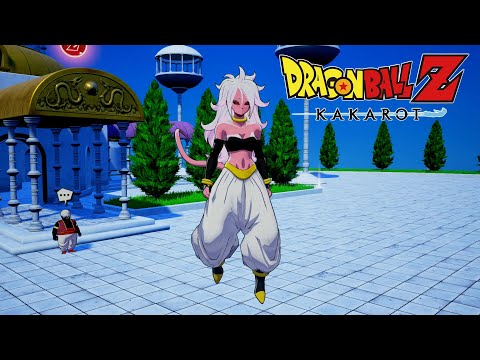 Majin 21 is an original character that debuted in Dragon Ball FighterZ. She looks like Majin Buu in that her cells are part of her makeup. She has also officially appeared in others Dragon Ball spell. For example, you could find her in both Dragon Ball Legends and Dragon Ball Z: Dokkan Battle.

This is one of many Dragon Ball Z Kakarot character replacement mods that Mastaklo has been working on. For example, Bardock and Shallot are two other options to use instead of Goku. There is also the Goose from Untitled Goose Game.

As for officially added characters, Bandai still has Namco Dragon Ball Z Kakarot DLC in the works. Trunks: The Warrior of Hope will add Future Trunks in the summer of 2021.