After the debut of The Last Blade ‘s Hibiki in Samurai Shodown, SNK recorded it Twitter to refer to a secret about her personality. People who bought the new DLC character can change how she behaves in-game. While in the character selection menu, pressing an additional button when choosing her allows you to change the hunter’s personality.

Here’s how it works on a PlayStation 4. If you scroll to Hibiki in Samurai Shodown, hold the square button while selecting her with X to change her personality. (This should be the X button on the Xbox One.) If you don’t press additional buttons and choose Hibiki, she will regret the killing, look sad when performing some of her special attacks, and appear more shy in its opening and ending quotes. If you go for Alt. Hibiki, she will be a lot more ruthless and love to cut people down.

SNK also shared an Alt. Hibiki Samurai Shodown trailer highlighting her change in attitude. It shows how her personality can also change if you use Super Special Moves and Weapon Flipping Techniques to win, just like she would change in The Last Blade 2 The Last Blade 2 and The Last Blade: Beyond the Destiny. It also showcases one of the unique victory screens from the more evil version of the character. In that quote she said: ‘A flawless victory. I feel pretty good. Maybe I should take on another opponent. “ 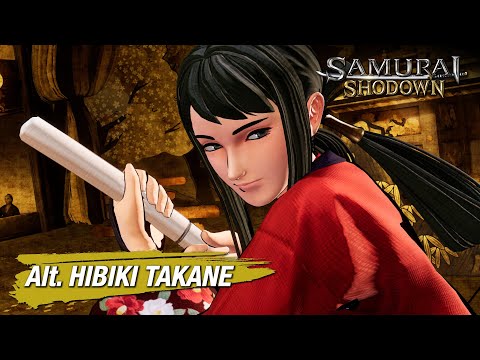