The latest Roku and Chromecast update is great news for Samsung

Roku and Google have both added support for HDR10 in recent weeks (Image: ROKU • SAMSUNG)

Roku and Google have confirmed plans to bring HDR 10+ to their streaming gadgets. For those who don’t know, HDR 10+ is an image standard designed to bring dynamic colors and clarity to your content. It was designed by Samsung to challenge Dolby Vision – another popular standard from movie masters, Dolby.

Samsung has managed to convince a number of leading television manufacturers to add their technology to their sets. And the fact that Samsung itself has been the top-selling TV brand for the past fifteen years certainly helps expand the reach of its HDR 10+ option, too. But the tide is turning.

Roku has confirmed plans to bring HDR 10+ to a number of its streaming gadgets, including the Express 4K +, Express 4K, and Roku Ultra.

So if you watch programs recorded with Samsung’s colorful HDR 10+ format on any of these devices, you should see a real difference on your television. The fundamental character of the image remains unchanged – it does not change the vision of the director behind the camera. However, images in HDR10 + appear to be more punchy, more dynamic and with a little more depth.

MORE LIKE THIS
Chromecast with Google TV Review: Catch up with Amazon and Roku 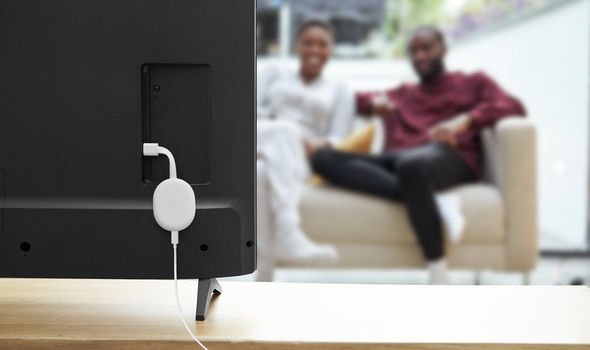 Chromecast owners with Google TV will soon be able to stream the colorful format (Image: GOOGLE)

The brightest elements on the screen will likely look a little brighter, while the darkest elements shouldn’t look slightly washed out and gray thanks to the cavernous blacks possible with HDR10 +.

Google is also throwing its weight behind the format with an update to its Chromecast with Google TV streaming set-top box, which launched last year.

Google Director of Product Development Matt Frost announced his support for the Samsung image format, saying, “Google is pleased to join the growing number of companies adopting HDR10 + and partnering with HDR + Technologies LLC. We envision HDR10 + is a key factor for Chromecast with GoogleTV plus other platforms coming to market and we look forward to helping our various industry partners achieve a great HDR experience. ”

When it comes to streaming services, Amazon Prime Video is one of the biggest advocates of HDR10 +. While it has a number of Dolby Vision movies and shows, the HDR 10+ library is much, much larger. Meanwhile, Netflix doesn’t have a single title designed for the Samsung-developed standard, with most of the original box sets and movies produced for 4K Dolby Vision HDR.

While HDR10 + has a lot to catch up with, it is clear that the race between these two competing standards when it comes to watching cinematic television and Hollywood blockbusters at home is not over yet.

Which new movies are on Netflix UK this week? Full list