Dynamite is proud to present a prestige project from the world’s greatest storytellers! Red Sonja, like you’ve never seen before … all presented in beautiful black, white and red!

KURT BUSIEK (Astro City, Marvels) and BENJAMIN DEWEY (King In Black: Namor) take you to The Mountains Of Night, an ominous haunt where the She-Devil With A Sword is looking for a precious, priceless item …

MARK RUSSELL (Red Sonja) and BOB Q (Red Sonja) return to leave their final mark on their classic Red Sonja series, with a coda that will leave you breathless … 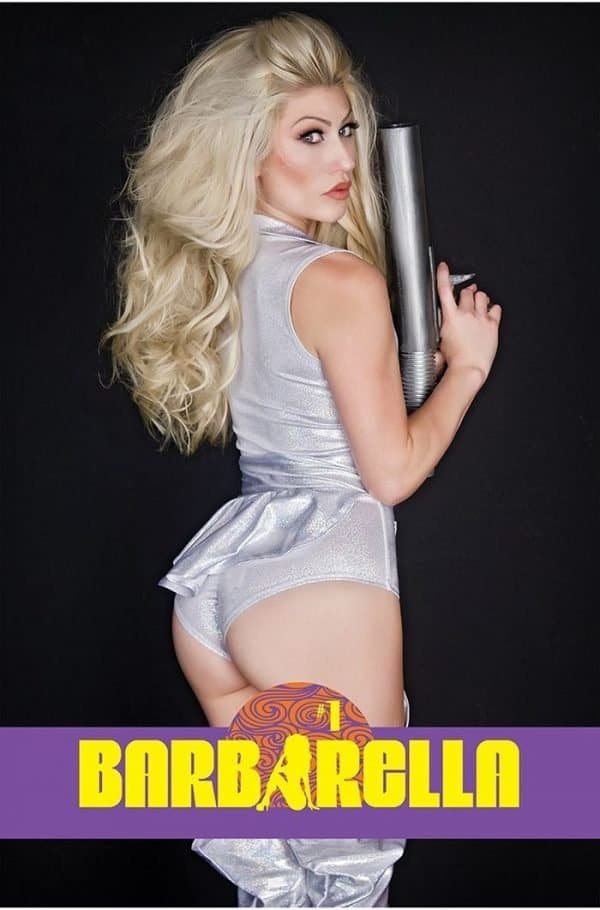 The Siren of Space returns for a series of all-new adventures by a dynamic new creative team! Multi-award-winning author SARAH HOYT and rising star artist MADIBEK MUSABEKOV are at the helm as Barbarella leaves space dock for a new mission full of invisible layers of danger, duplicity and maybe a dose of romance!

Camelot is home to the wealthy and powerful class seeking their escape from an increasingly crowded and dilapidated galactic empire. Desperate clandestine broadcasts from an enslaved underclass prompt Barbarella to investigate, revealing secrets that lead to more secrets – and the undeniable possibility that someone knew she was coming.

High-concept sci-fi meets the greatest aspects of the human soul in a series that will reveal wonders that are both terrifying and delightful, plus covers from fan favorites LUCIO PARILLO, DERRICK CHEW, BRIAN BOLLAND and more! 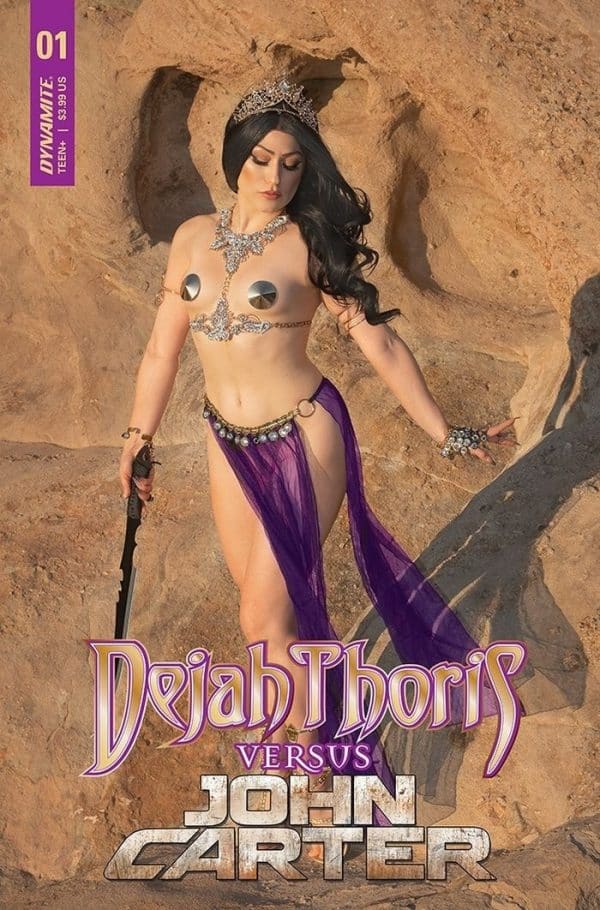 An epic adventure that reunites Earth’s greatest lovers of fiction: Dejah Thoris from Barsoom and John Carter! But their reunion is short-lived… THE LONGBORN, an ancient and mysterious race of immortal “gods” has arrived to reclaim what is theirs: MARS!

Can Dejah and Carter’s love last in a planet-sized war? Find out, thanks to superstar DAN ABNETT (Guardians Of The Galaxy, Justice League) and ALESSANDRO MIRACOLO (Red Sonja)! 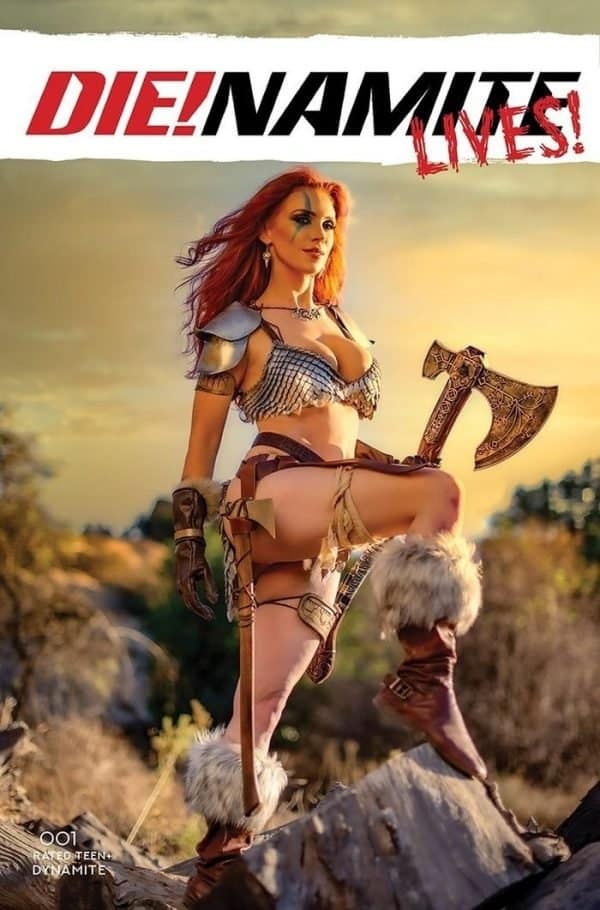 The hit series returns as you can’t kill an infinite army of zombies … you can only hope you can beat the $% & # out of them! After tragically losing their first chosen one against the zombie plague, Vampirella, Miss Fury and what’s left of the Project Superpowers search for a new savior – but Ash Williams is an even more reluctant Deadite fighter than usual! This time around, the Army of Darkness has blast pistols, super powers and a brilliant new general: Evil Sonja, who takes her role as Queen of Hel pretty seriously! 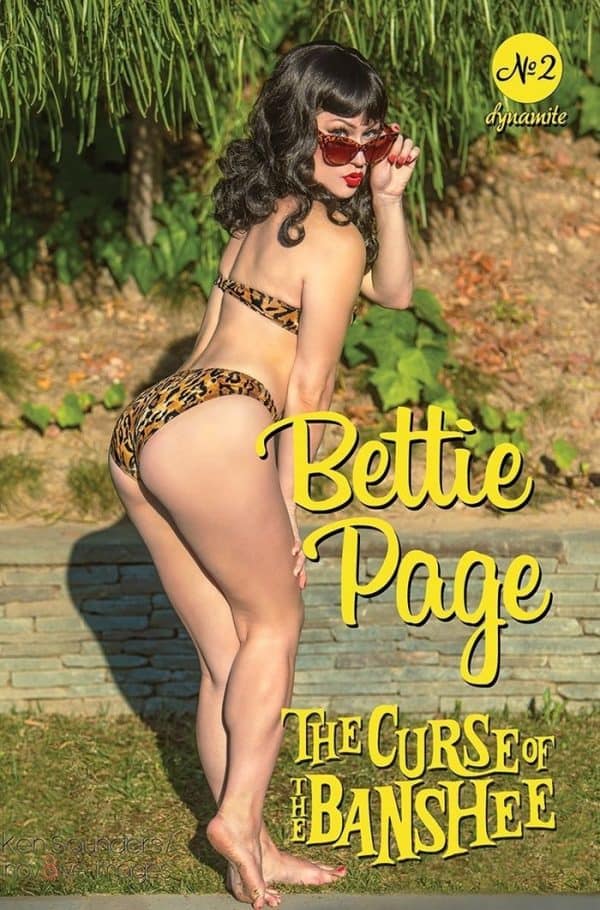 Bettie Page & The Curse of The Banshee # 2

The pin-up queen … of adventure is back! Dynamite Entertainment proudly presents: Bettie Page in “The Curse of the Banshee!”

An all new Bettie Page series directed by writer Stephen Mooney, ably assisted by artist Jethro “Jet” Morales and a host of great covers, cosplay goddesses and the queen of the pin-up herself – Bettie Page!

In issue 2, things aren’t as they seem to be in Ireland when Bettie comes face to face with the mysterious Banshee. But with the ability to change its shape, the Banshee continues to prove an elusive mystery, one that is difficult for Bettie Page to solve! 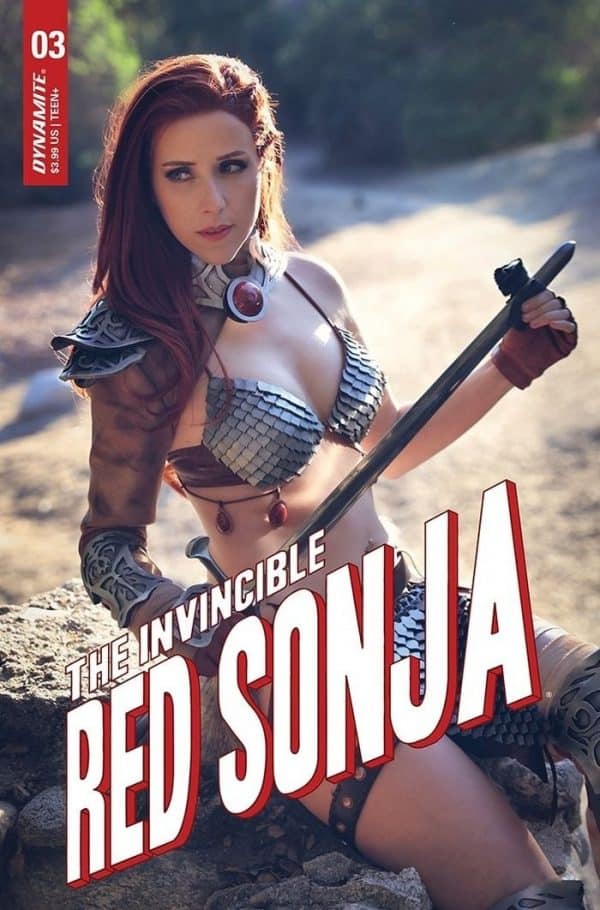 JIMMY PALMIOTTI, AMANDA CONNER and MORITAT get sadistic when the hunter becomes the hunted! Sonja is on the trail of Erkhara’s crown and the villain who stole it, but her quest is complicated by a reward on her head and a wave of assassins eager to rally! Heavy is the head that carries the bounty, as the She-Devil with a Sword is about to discover! 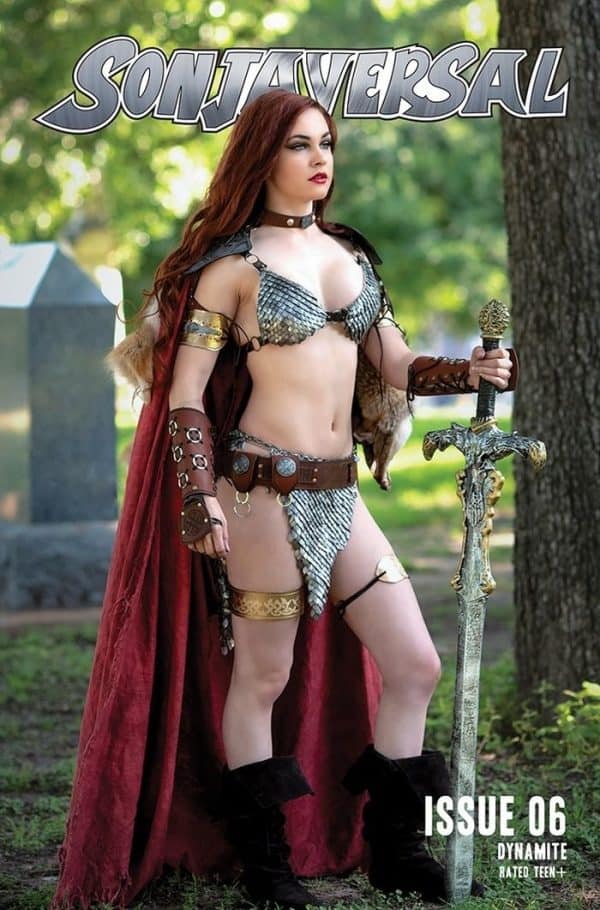 A low-level criminal suddenly makes a big mysterious underworld splash … which is remarkable considering that the man passed away very recently. Sounds like a case to NOIR SONJA. But NS must not only solve The Mystery Of The Successful Cadaver, it must also ensure the arrival of a whole new framework of Sonja’s that will disrupt its research … 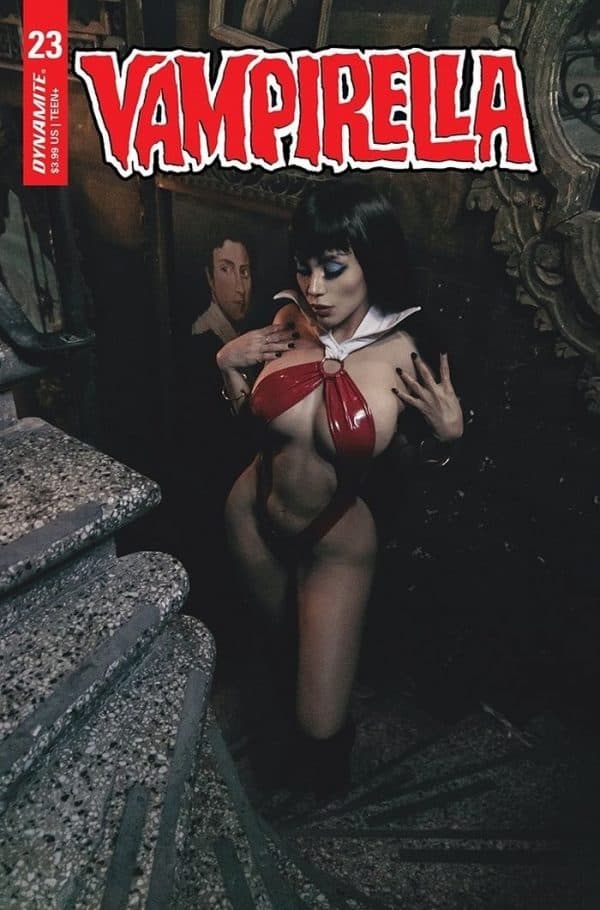 RED MASS, PART 1: The countdown to the most unholy union in history starts here! After finally returning to Earth from her interstellar adventure, Vampirella rescues a child from certain death, while unconsciously giving life to the greatest evil the world has ever seen! CHRISTOPHER PRIEST and ERGUN GUNDUZ’s epic run is about to peak! 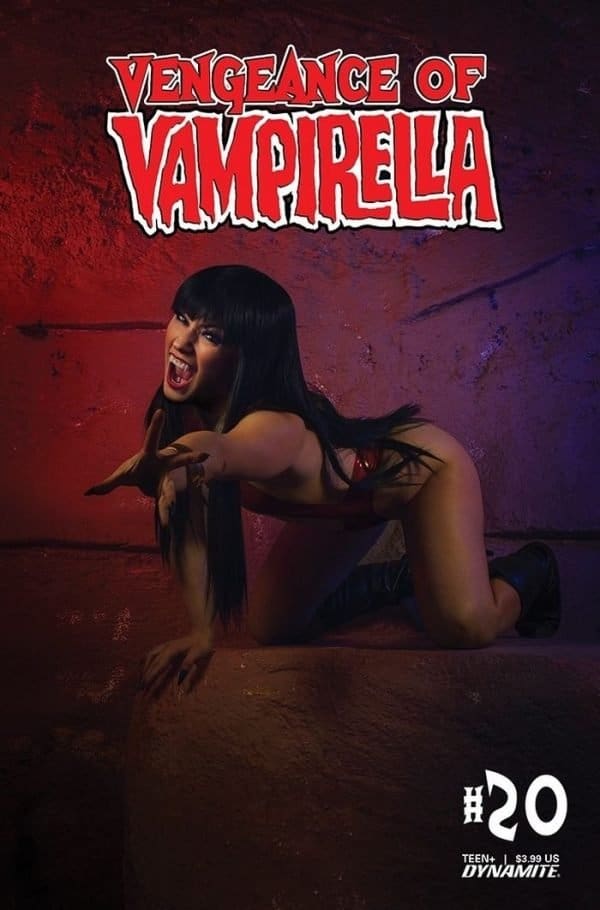 Problem # 20! Writer Tom Sniegoski continues to weave a post-apocalyptic story with a literal hell on Earth as a reborn vampirella battles the literal forces of chaos to save humanity from ultimate destruction!

The war between Order and Chaos has come to an end, and as the dust settles, humanity begins the process of rising from the ashes. Vampirella, forever changed, must begin a journey through the arid landscape of a world ravaged by the supernatural …

But is it too late for her to reclaim her lost humanity?