Microsoft may be getting ready to drop big Xbox news this week. Those lucky enough to pick up an Xbox Series X or S have gotten plenty of reasons to cheer this year – with Outriders and MLB The Show 21 on Game Pass some of the big announcements. And Microsoft is rumored to have a lot more in store, with rumors that Battlefield 6 will also be appearing on XGP on day one, as well as possible 2021 releases for Forza Horizon 5 (presumably in Mexico) and Bethesda’s Starfield as an Xbox Exclusive. .

Some of these impressive announcements could be made at E3 2021 next month, but in the meantime, this week could see some important news falling.

The leaker responded to a tweet with a meme from Xbox program manager Jason Ronald with his arms wide open and the caption, “We gathered here today to celebrate the size of this W”.

In response to this tweet last week, Klobrille posted, “You need that meme for next week. Save it.”

It remains to be seen what plagues this “W” Klobrille.

But while we wait for an official word, rumor has it that the Resident Evil series may be heading to Xbox Game Pass.

The rumor that was outlined in a message on Reddit, claims all major Resident Evil games to date will go to XGP.

So no spin-offs like Umbrella Chronicles are going to Game Pass and neither will the upcoming Resident Evil Village. 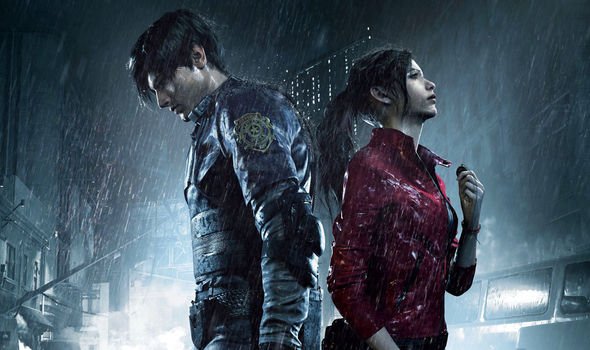 The Resident Evil series is rumored to be heading to Xbox Game Pass (Image: CAPCOM)

As always with rumors, it is best to take it with a good pinch of salt until official confirmation.

But with Resident Evil Village later this week on May 7, the timing of such a Game Pass announcement would be perfect.