NIS America has western release dates for both the Prinny presents NIS Classics Volume 1 collection and a Soul Nomad & the World Eaters PC port. Soul Nomad will hit Steam on August 31, 2021 for people who just want that strategy game. If anyone wants it as well Phantom Brave: The Hermuda Triangle Remastered on the Switch, it will be released on August 31, 2021 in North America. A European debut for the collection will follow on September 3, 2021, and Australia will receive it on September 10, 2021.

As always, NIS America shared a trailer to help people better understand one of the games. This time it focuses on Soul Nomad & the World Eaters prior to its Switch and PC debuts. Rather than focusing on the story, this video takes a look at some of the mechanics present in the game. We see Danette picking out her new weapon, how an army is hired and assembled, and how there are two different paths you can take based on your decisions. 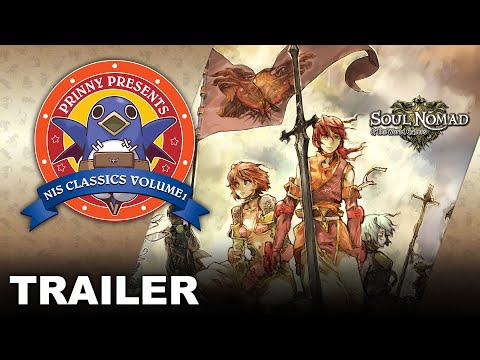 New threat wreaks havoc on Android, but iPhone owners can breathe a sigh of relief