With a score of 8.2, what kind of sparks will steampunk encounter with Roguelike?

GameLook report/In recent years, with the success of several phenomenal works such as “Dead Cell” and “Hades”, Roguelike has become one of the ten-minute game categories. Relying on simple gameplay mechanism and randomness, it can make Players get a unique experience every time in the adventure, and players are especially fond of this.

On April 21st, the Roguelike shooting “Project M” developed by the paper group game started a new round of testing. In this test version, the R&D team has greatly optimized the novice plot, game screen, overall logic and other content, and introduced more characters and copies.

As of today, the number of reserved users has reached 30,000, and the score on TapTap has reached 8.2 points. Judging from player feedback, this Roguelike game with a “steampunk” style does leave a good impression on players.

There are thousands of Roguelikes, why are there not many outstanding ones? What’s so special about “Project M”? 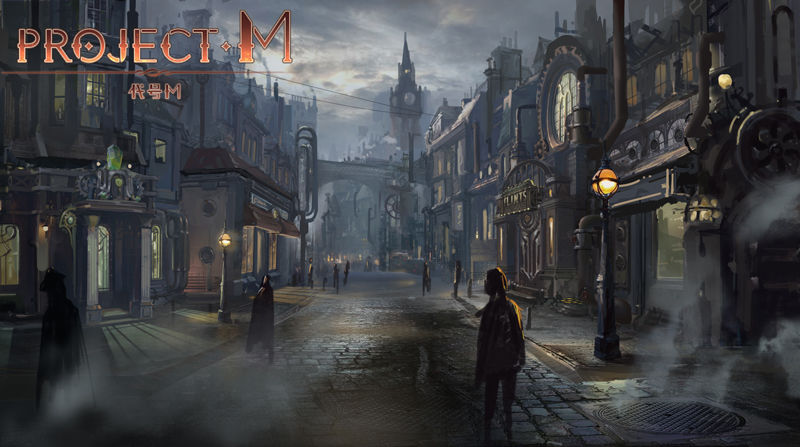 In the Roguelike game that emphasizes operation, “Project M” has not given up on the creation of the game plot. The production team has tailored a complete world view and character storytelling for the game. However, the game does not fully explain the background story at the beginning, but allows players to piece together the whole picture of the world through continuous conversations with NPCs and adventures to discover details. This will undoubtedly further deepen the player’s sense of substitution.

The most attractive part of the game is its art style. “Project M” adopts an unusual steampunk style. The slightly dark streets and dangerous foggy forests create a fantasy and mysterious feeling and atmosphere, giving players a feeling of magical reality. Therefore, players are full of praise for the excellent graphic expression and unique art style. 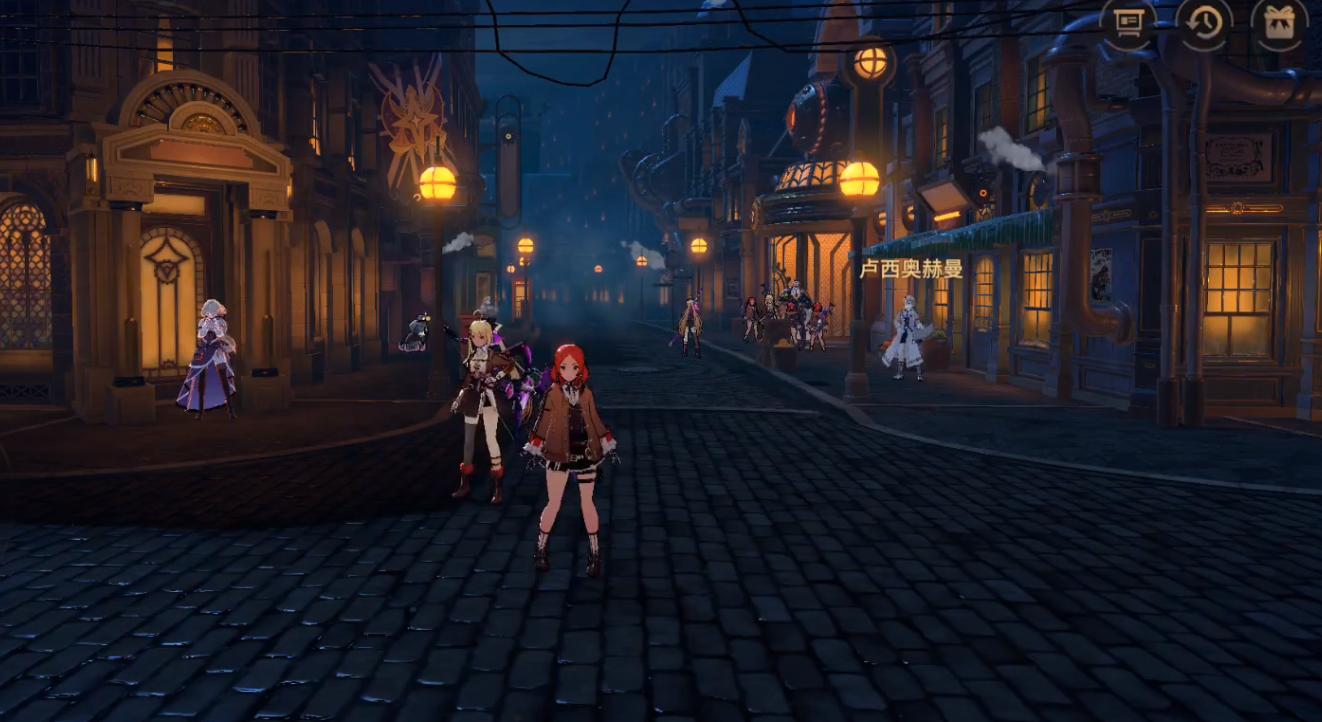 In addition, the characters in the game are more biased towards the two-dimensional style through cartoon rendering, which to a certain extent alleviates the strangeness of the subject matter, and at the same time fully conforms to the aesthetics of the current young people, helping the game to open the door to the hearts of mainstream players faster .

At the same time, in order to better present the texture of the game, the maps and characters in the game are all made in 3D, which widens the gap in the expression style of the game screen from the mainstream 2D ​​horizontal version and pixel style games on the market. Coupled with the processing of the top perspective, combined with the dark and terrifying overall tone, a complex and vivid battle scene is displayed, which is easy to attract people’s attention at the first time.

Not only that, the game is also very good in terms of details. Whether it is the physical effects of explosions, the effects of sprayed blood, or the spattering of debris when breaking the wooden box, etc., they all reflect the dedication and professionalism of the production team in depicting the environment, taking care of many similar games that are easily overlooked. Nice game experience.

As a game with Roguelike at its core, “Project M” is full of random elements. The specific terrain, landforms, enemy distribution and other elements are randomly generated by the system. Each time you reopen the game, you are faced with a new scroll-like map, which has traps, thorns, lava and other restrictions, even if you have played a lot. Old players of similar games can also get different fun from it, which makes people have a strong desire to repeat the game.

In the core battle part, the game uses horizontal shooting. Before entering the dungeon, players can choose two weapons and carry two exclusive active skills. After the player is upgraded, he can choose one of three random abilities to strengthen his weapon or skill. Weapon evolution With the addition of special effects, the same weapon will also have unique attack characteristics, ensuring that players can have a different experience each time they adventure. 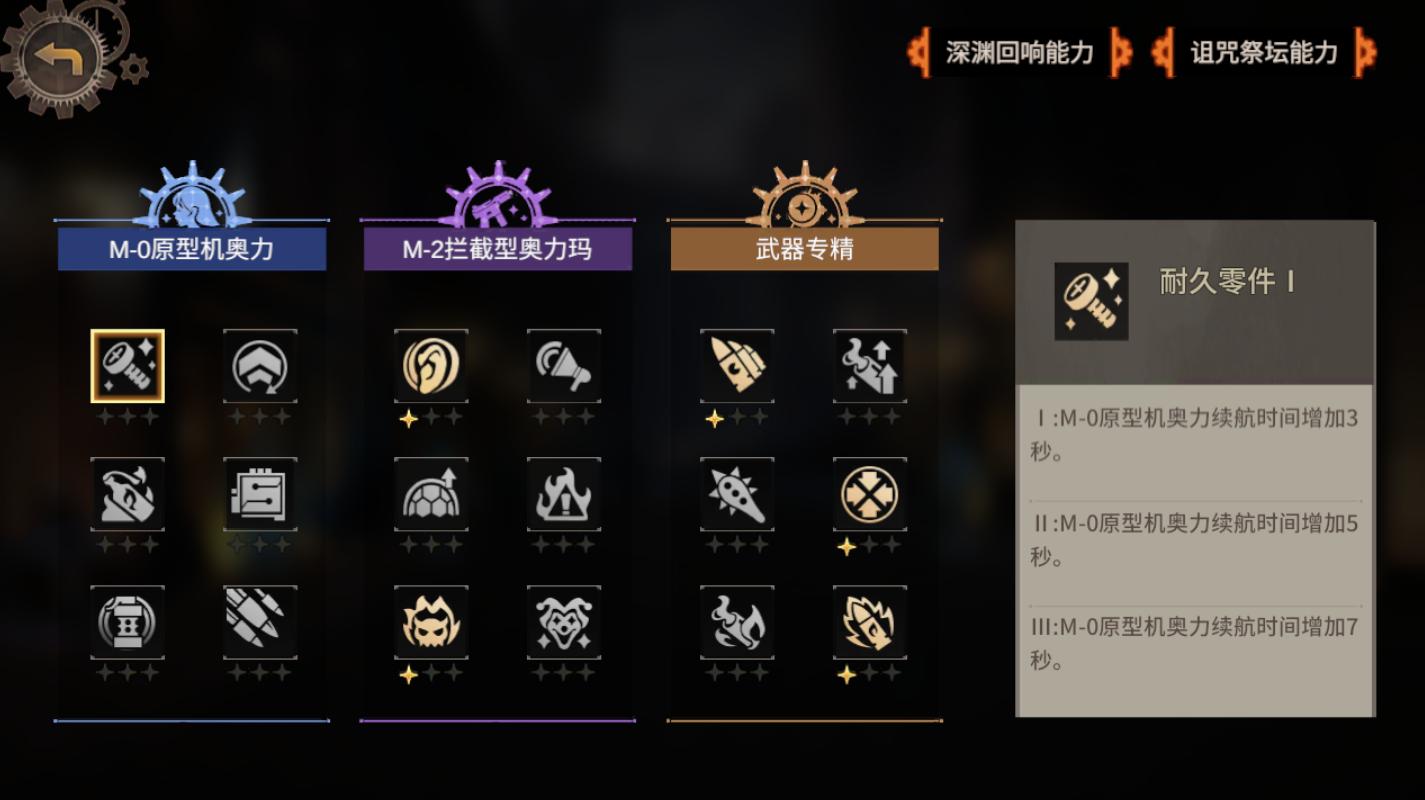 In addition, on the basis of shooting gameplay, the game also made some innovative changes to the interaction of props. There are more than one hundred in-game props for players in the game. The functions of the props will influence and overlap each other, and there is no limit on the number. Players can give full play to their imagination and create their own exclusive genre (Build) in this endless combination.

It is worth mentioning that the firearms in “Project M” are exquisite for the shooting behavior and feel of real firearms. Through the setting of raising the gun and aiming, manually changing the bullet, changing the aiming speed and turning speed, etc., it creates a different for the player. Refreshing experience. As a game with shooting combat as the main operation content, the production team obviously spent a lot of energy and careful polishing in this aspect, and achieved good results.

At the same time, the game does not use the common routine that can pass the level without brainless shooting. Each weapon has a bullet limit. You need to be very patient while shooting and avoiding, in order to eliminate the enemy with as little blood damage as possible to get rewards. . Therefore, how to use bullets reasonably and effectively is a compulsory homework for players.

In Roguelike games, the death of the player is the most common thing, but it is often too difficult to persuade a large number of handicapped parties. For this reason, in “Project M”, the system will automatically correct the player’s trajectory, which is equivalent to semi-automatic aiming, so that novice players can still get a refreshing shooting experience. This is of great benefit to increase the audience of the game.

In terms of game team formation, asynchronous multiplayer gameplay is a new trend in mobile game development. At present, the game is also trying to add an asynchronous matching mechanism, so that players do not need to log in at the same time, they can encounter companions in the exploration and team up to challenge the abyss BOSS. It provides more possibilities for players to experience the fun of cooperation in the game.

The exquisite steampunk style and outstanding Roguelike elements solve the problem of retention when the player first sees the game, and the richness of the game content will determine how long the player can stay in the game. 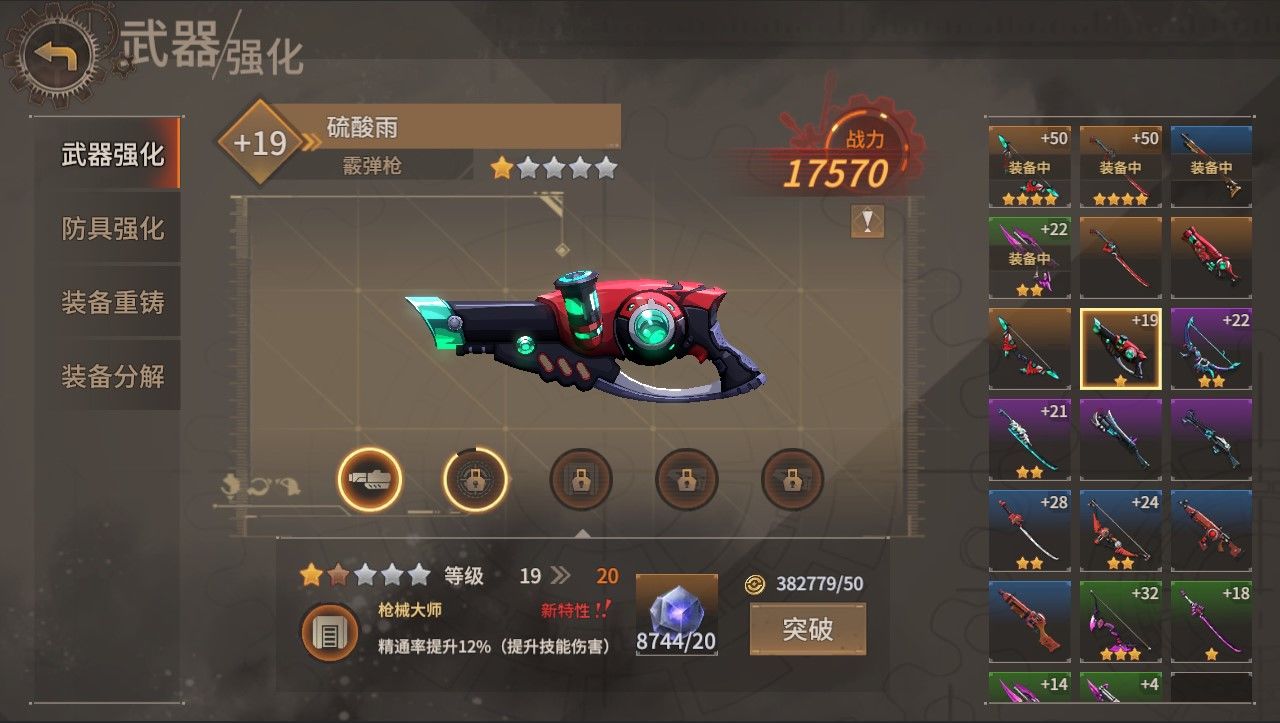 In this type of Roguelike game, the most important test of the developer’s production ability and the most direct impact on the game experience is undoubtedly the in-game equipment system. For this reason, the game has carefully designed an exclusive weapon talent system. By matching different types of guns, each weapon has its own development route. Even the same gun can find its own because of the different routes selected by the player. The unique output mode allows players to have a different operating experience.

All kinds of ores are important materials for players to build and upgrade weapons, but the quantity depends entirely on the character. In addition to killing enemies and BOSS to obtain ore in the game, players will also randomly appear on the map during the adventure of a copy of the game. Various ore resources will appear on the map, allowing the game to be fun in collecting in addition to intense battles. .

Of course, it’s not just weapons that can provide a variety of choices. The conversion of different roles can also allow players to find their own unique output methods. In the follow-up adventure process, players collect the character fragments dropped by BOSS or missions to upgrade their ranks and unlock more characters. According to different characters, the weapons and skills carried will be different, which creates different styles of gameplay and adds more playability to the game content.

Although it is currently only the EA stage, it can be said that the content framework of the entire game is relatively complete. But at the same time, it also caused dissatisfaction among players in many places. 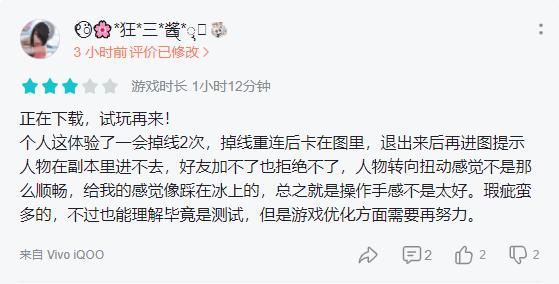 The first thing to bear the brunt is the optimization of the game. In this test, many players encountered problems such as screen freezes, dropped connections, etc., which caused the game’s operating feel to be not very good, but the players also understood this. After all, As a game that is still being tested, these contents can be left to time to solve.

Another problem lies in the lack of content. The game has only a few major levels so far, and some monsters in the later stage are only enhanced versions of the monsters in the early stage, and they lack a certain amount of novelty to challenge. However, in GameLook’s view, this is not a bad thing for the overall development of the game. Only by discovering the shortcomings of the game in time and optimizing the problems raised by the game players can the game be perfected day by day.

I have to say that “Project M” still has a lot of room for improvement in the optimization and content filling, but the steampunk style combined with fine polishing has made a strong appreciation. With the enrichment of the content in the test period, it There is great room and potential for growth.