Epix has given a serial order to Billy The Kid, a new take on the Western figure Vikings creator Michael Hirst.

Born Henry McCarty and also known as William H. Bonney, Billy The Kid was one of the Old West’s most notorious outlaws and is often remembered for how young he was. He was first arrested at the age of 16, which began with several years of escape from the law, robberies and a few murders. He participated in the Lincoln County War in 1878, in which he later murdered a sheriff and his deputy, two crimes that further elevated his wanted man status. He was shot and murdered at the age of 21, although rumors spread for years after that Billy actually survived and was in hiding, his legend grew even after his death, as people claimed to be him or mimic his crimes. He has become an important part of American mythology and Old West mythology, with many books, movies and television series about his life and reputation, most notably with Emilio Estevez playing him Young Guns and the sequel.

Billy The Kid is described as’ an epic romantic adventure based on the life of Billy the Kid, aka William H. Bonney – from his humble Irish roots and early days as a cowboy and gunfighter in the American frontier, to his pivotal role in the Lincoln County War and beyond. The series is a co-production between Epix, MGM International Television Productions and Nordic Entertainment Groups’ streaming service Viaplay. 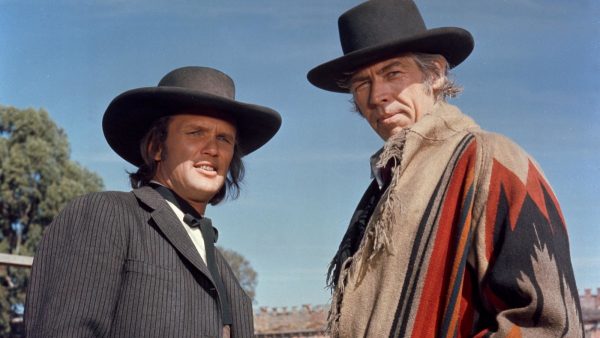 “Billy the Kid has always been a hero of mine since I was – well, a kid,” said series creator Hirst. “I grew up in the North of England, but it didn’t matter. Billy was a special kind of outlaw. For one thing, he was so young – and for another thing, he wasn’t a psychopath who liked to kill, nor a criminal who robbed for material gain. He was an outlaw most of his life, but he never wanted to be. Born into a poor Irish immigrant family, he has always wanted to go straight, become a ‘new American’. But he was never allowed. Billy’s story is much more than a fantastic drama about a charismatic cowboy – although it is. It is also the story of the immigrant and the story of the creation of the new America from the lawless, violent chaos of the Midwest and its many nations. So in the end it’s not just a story at all – it’s an American myth. “

“Michael Hirst has created a series that takes the audience on a completely unexpected, thrilling ride, turning what they thought they know about this iconic character upside down,” said Epix president Michael Wright. “We can’t wait to see this talented creative team unfold and bring this story to life for our viewers.”

“Billy the Kid reunites Michael Hirst and MGM, whose epic sagas with worldwide appeal remain unparalleled, ”said Rola Bauer, MGM’s President of International Television Productions. “It’s an immigrant story at its core and an international perspective for this legendary American character. Exciting to collaborate again with our partners at Epix and NENT / Viaplay. “

Hirst has just come out of a six-season series of History’s hit series Vikings. Together with Billy The Kid, he develops one Vikings sequel series entitled Vikings: Valhalla.

Billy The Kid is expected to begin production in Calgary, Alberta, Canada in June before premiering in 2022.