Last month, Zack Snyder revealed that he originally planned to play a Green Lantern cameo in The Snyder Cut of Justice League, the director went so far as to shoot a scene with actor Wayne T. Carr in the role of John Stewart.

If Warner Bros. hadn’t rejected the idea, Green Lantern would have turned up in place of Harry Lennix’s Martian Manhunter during the meeting with Bruce Wayne towards the end of the film, and thanks to Carr, we can now get a peek behind the scenes. of him who filmed the series – in Zack Snyder’s driveway, of all places.

In the meantime, Carr also opened up LightCast (through Digital spy) about his experience Zack Snyder’s Justice League, citing:

“[Snyder] said, ‘We’re going to record it, we’ll see what the studio says’. This is a bit crazy because we recorded it in what I’m going to call ‘Driveway Studios’. He called me after showing it to everyone, I think it was the second time because they saw it in parts. He was like, ‘They won’t let me do this thing’.

“When I saw the full vision, I went through the journey as if everyone had been through the journey. By the end I realized, ‘Ugh. I’m not part of this. Damn ‘. The thing that just warmed my heart was when all the concept art and stuff started falling, it was nothing but love from the fans, man. Like, I wasn’t even in the movie, and I’m just getting positive feedback from people and support. It’s super crazy. It’s absolutely crazy, but I love it. “ 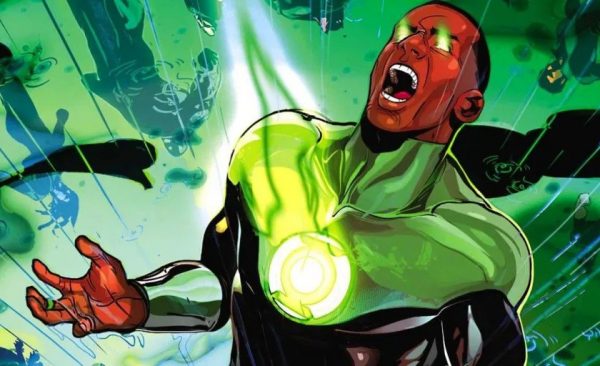 In ZACK SNYDER’S JUSTICE LEAGUE, determined to make sure Superman’s (Henry Cavill) ultimate sacrifice wasn’t in vain, Bruce Wayne (Ben Affleck) joins forces with Diana Prince (Gal Gadot) with plans to team up of metahumans to protect the world from an impending threat of catastrophic proportions. The task turns out to be more difficult than Bruce imagined, as each of the recruits must face the demons of their own past to transcend what has held them back so they can come together and eventually form an unprecedented band of heroes. Now united, Batman (Affleck), Wonder Woman (Gadot), Aquaman (Jason Momoa), Cyborg (Ray Fisher), and The Flash (Ezra Miller) may be too late to save the planet from Steppenwolf, DeSaad, and Darkseid, and their terrible intentions.

Season 1: Burnt Heads of Destruction AllStars is on