The lively “Surfing the River on Qingming Festival”, the first dark horse of antiquity business in 2021, “Call me the big shopkeeper”

Reported by GameLook/As one of the most popular categories in the game industry, simulation business games have always been popular with players due to their obvious growth attributes and a more casual and fragmented game rhythm. On the theme of games, due to the nature of this type of game simulation, various products based on oil, cities, game companies, amusement parks, and even retirement life are emerging in an endless stream. Among them, commercial themes that can satisfy many people’s imaginations are even more prosperous. Popular.

However, with the development of the entire game industry and players’ emphasis on the originality and plot behind the game, the importance of story attributes and cultural attributes has gradually become prominent in simulated business games.

After “Hundred Scenes of the South of the Yangtze River”, the ancient style and the strong wind of simulated business have blown into the game industry, and more and more developers have begun to explore the ancient Chinese business culture in their works. Among them, the outstanding ones that have achieved results include The mobile game “Call Me The Shopkeeper”, developed by Xiamen Yanqu, is an ancient business simulation game. After it was launched in Taiwan last year, it quickly ranked first on the iOS free list and sixth on the paid list. It has continued to remain on the list today. Within the top 20 of the ranking. In the last 90 days, Taiwan’s iOS best-selling list has basically remained in the top 20

Although the success of “Hundred Views of the South of the Yangtze River” has blown such a gust in the industry, in the game industry where products are king, it is the excellent quality of the product itself that allows a game to fly to the sky by the wind.

As an ancient business simulation game, “Call Me The Shopkeeper” uses exquisite ink paintings and thick-painted characters to show the historical background of the game. This choice of style gives the entire game an antique flavor. , Quite the feeling of “A River on the Qingming Festival”, while giving players a sense of historical immersion, compared with similar simulation business games of various Q version characters, this ink style can also bring players a refreshing feeling. .

As an ancient game, the game is not unfamiliar in terms of basic gameplay. It has a lot of shadows of traditional simulation business games, such as the common mechanism of increasing the speed of making money by recruiting shop assistants and upgrading industries.

On this basis, the game has added a large number of ancient commercial elements, such as books, medical centers, spices and other distinctive industries; it also added five types of doormen, farmers, businessmen, and men to help the player industry grow; by cultivating doormen, the protagonist You can also start negotiations with other merchants in ancient shopping malls; trigger special events on the way to trade, allowing players to participate in them and so on.

“Call Me the Great Shopkeeper” not only includes various gameplays such as industrial buildings, gatekeepers, and trade, but also grasps various details of life in the game, such as the classical signs of the spice shop on the screen, the residents fishing, boating and other life details. As the saying goes, see the real chapter for the details, these subtleties that players will notice inadvertently, make the game a good restoration of ancient commerce. The Chinese-style painting style is matched with a rich and commercial-featured system game system, which allows players to enjoy the game during the game. At the same time, in addition to seeing themselves step by step to become a master shopkeeper, more importantly, they can truly experience it. The happiness of operating a shop. This is why in GameLook’s view, “Call Me the Big Shopkeeper” will become a dark horse in this east wind. “Call Me the Big Shopkeeper”, which can achieve excellent results in the international market, has no reason not to stand out in the home court of Chinese culture. .

The game is so moving, and the business culture of going abroad

The Song Dynasty was the most prosperous period of ancient Chinese commerce. Now players can get a glimpse of one or two through various documents, including works of art such as Shanghe Tu during the Qingming Festival.

The prosperity of commerce in the Song Dynasty can be said to be present at all levels. The emergence of “city” and the integration of “city and workshops” have truly allowed commerce to enter the lives of ordinary residents. In layman’s terms, vegetable markets, roadside stalls and other industries have appeared in residential areas; It is the prosperity of entertainment venues, which evolves the bartering of traditional commerce to the height of the service industry. Under the support of some policies of the Song Dynasty, such as the encouragement of overseas trade, under the common influence of these many factors, the people naturally A thriving business environment was formed. China’s first paper currency, Jiaozi, also came into being in the Song Dynasty. 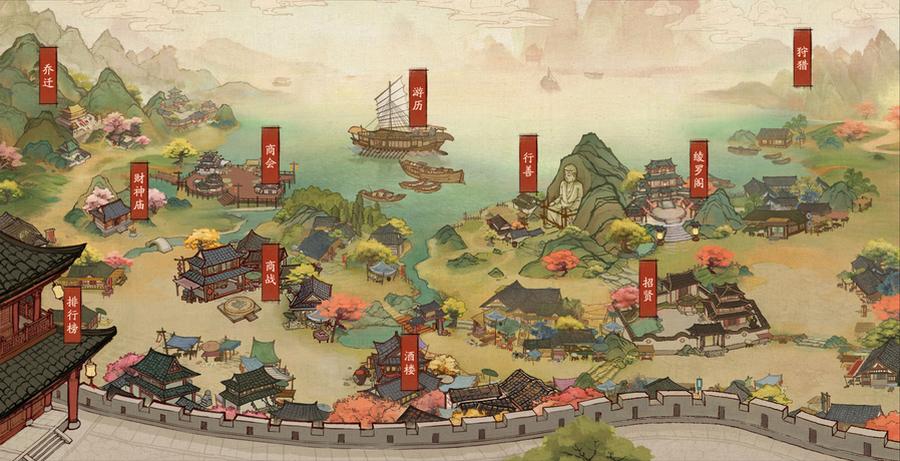 The beautiful scenery of Bianliang with full details in the game, the residents in it, and the shouting of sales have also differentiated “Call Me the Great Shopkeeper” from similar products. For players, this seriousness also allows simulation to operate the game. The theme of is no longer a good-looking clothes draped over the mechanism, it has become one of the special features and key points of the game.

Not only that, this kind of seriousness and restoration of Chinese history and culture, as the game goes international, has also successfully brought Chinese business culture and history out of the country. If Hong Kong, Macau and Taiwan are part of China and are influenced by historical factors, then the game can remain within 30 on the iOS bestseller list for three consecutive months in South Korea, gaining praise from international players, which further proves the game and its content. The influence of ancient Chinese commerce and trade culture.

South Korea’s best-selling results in the past three months

In order to facilitate the launch of the game’s national service, “Call Me the Great Shopkeeper” also launched a linkage with the national AAAA-level tourist attraction in Hangzhou Songcheng. It was built as the largest in China based on the painting of the Northern Song Dynasty painter Zhang Zeduan’s long scroll “The River on Qingming Festival”, restoring Song Dynasty The characteristic scenic spots of the urban style, this time “Call Me the Great Shopkeeper” can cooperate with the joint efforts of the government and the enterprise. For the players, the Song culture in the game and the industry and architecture in the history are truly equipped. Realistic appearance.

As a man-made theme park that receives more than 10 million tourists annually, one of the selling points of Hangzhou Songcheng is to revitalize “Shanghe on Qingming Festival” through various high-tech means, which coincides with “Call Me the Great Shopkeeper”.

In the game, “Call Me the Great Shopkeeper” highly restores the world of Shanghe Tu during the Qingming Festival. In the real scenic spot, the game coser will also play the ancient doorman in the Songcheng scenic spot. By providing players with an immersive interactive experience, the original As a scenic spot, Songcheng really came alive, adding a touch of life in the market to Songcheng. 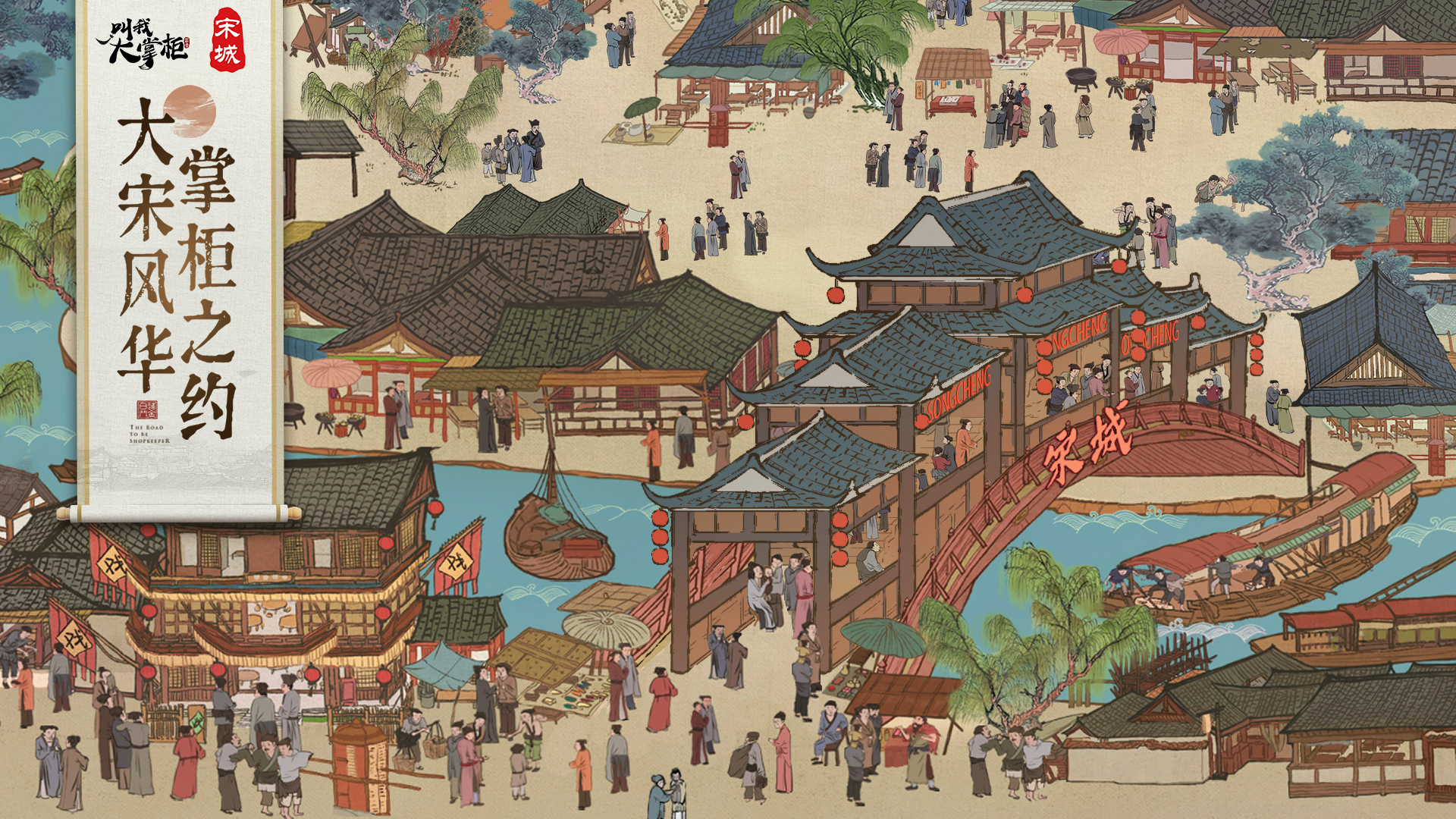 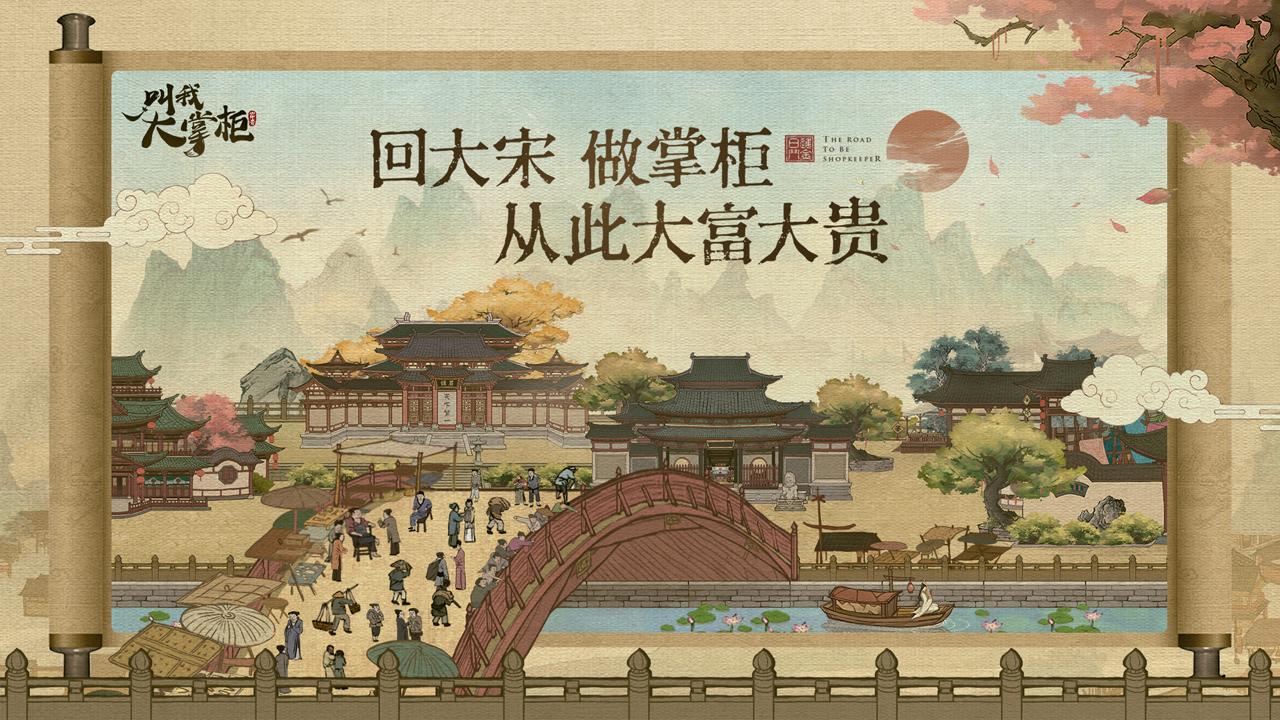 This online and offline linkage brings a larger user scale and more three-dimensional and efficient IP creation to the game; it brings newer technical means and richer cultural content to the cultural travel industry; it is a tradition Culture brings more levels of appeal and influence. The cooperation between “Call Me the Great Shopkeeper” and Songcheng finally achieved a win-win-win result.

In addition to the excellent results of “Call Me the Big Shopkeeper” mentioned at the beginning in the international market, which can make the entire product a dark horse in this race, the most important thing is the excellent quality of the game itself. The art style of thick ink painting, the richly restored business system, the Song culture that makes people indulge in it, and the linkage between game IP and top cultural attractions, under the combined action of these four legs, “Call Me the Great Shopkeeper” can be so attracted. People are paying attention, and the subsequent excavation of Song culture and ancient business culture will be the driving force for this horse to go further.