What is “stream of consciousness”?The solo trip to Genesis Noir was stunning and was nominated for the IGF Award

GameLook report/Always, if indie games want to make a name in the circle, the work itself needs to have at least one specialty. This specialty can be any aspect of the screen, gameplay, theme, creativity, etc., only this is the game work. It is possible to get the attention of players.

As Feral Cat Den’s debut work, “Genesis Noir” not only does not have the kind of youthfulness of entering the rivers and lakes, but also relies on the unconstrained story and calm artistic expression. It has not only won widespread praise in major foreign media, but also on the Steam platform. It also received 83% praise from the players.

“Genesis Noir” takes the Big Bang as the background and uses a unique stream of consciousness narrative method to carry the producer’s thinking on “creating the world”.

Originally, the term “stream of consciousness” was used to describe literary works. It is used to point out those works whose consciousness flows like a river. What does it look like in the game? “Stream of Consciousness Game” does not tell you clear information. The purpose is to let players discover what the game is about. 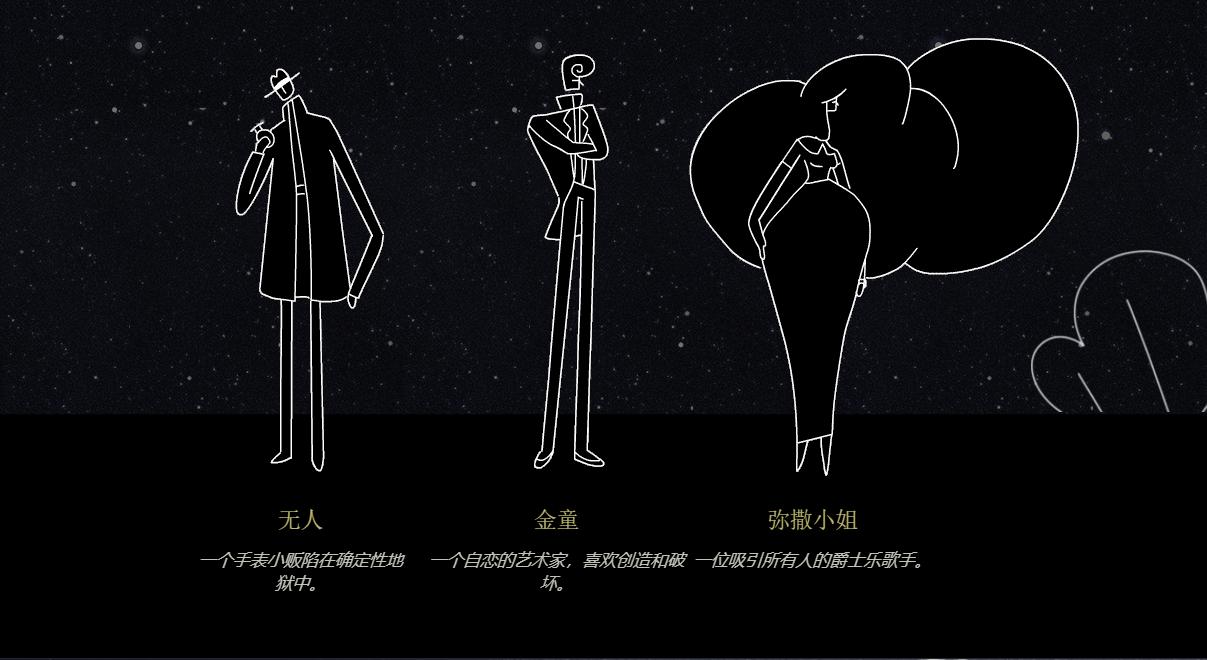 In “Genesis Noir”, the player will play the role of a person named “Anonymous” who is caught in a love-hate relationship with “Mrs. Gravity” and “Golden Boy”. When the relationship turns into a fierce conflict, you will see someone full of jealousy. The god pulled the trigger and triggered the Big Bang. Players will step into the expanding universe and find a way to destroy the world in order to save the love in their hearts.

Based on this setting, the game will also unfold in a two-line narrative way. One main line is that players find a way to save love through free exploration, and the second line is around the destiny that tells how the universe was born and how it will go. In the final analysis, all the main lines are narrating the same fact, that is, exploring: the development of things may or may not be changed by us. 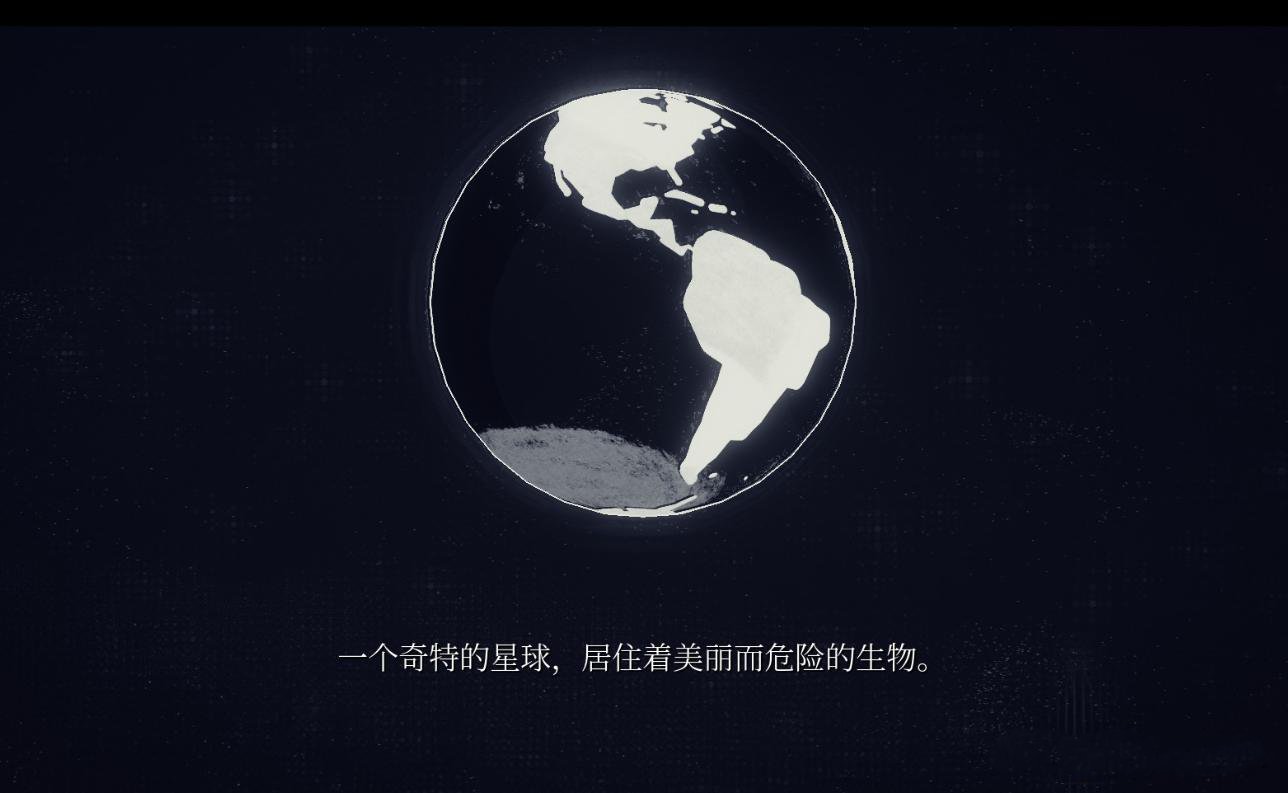 In order not to be spoiled, the author will not tell the specific game story here. In fact, in most of the formal process of “Genesis Noir”, apart from the description of the universe theory and the description of the objects at the beginning of each chapter, the game does not have any other text, and there is almost no dialogue. On the contrary, all the content is Inferred through animation and metaphor. Players are more of a spectator and follow up with the development of the plot.

This actually puts forward extremely high requirements on the level of producers. After all, the story of stream-of-consciousness games depends on the player’s own comprehension, and the non-straightforward story often affects the enthusiasm of many players. The specific performance in the game did not disappoint the players. The opening performance of the stream of consciousness on the street and the montage transition of the whole world broken and reconstructed during the phone call in the Bell Tower room were amazing.

Although the game will have different branch routes, the game is still designed with a linear and irreversible flow. With the integration of various themes and story elements, players will realize that the game is essentially an anti-Lovecraft story, even if it appears small in front of the universe and powerless to change the ending, facing a ruthless universe is still full hope. Perhaps it is just like what the movie “The Furnace” wants to express: “We are fighting all the way, not to change the world, but not to let the world change us.”

Hand-drawn style made by Unreal Engine 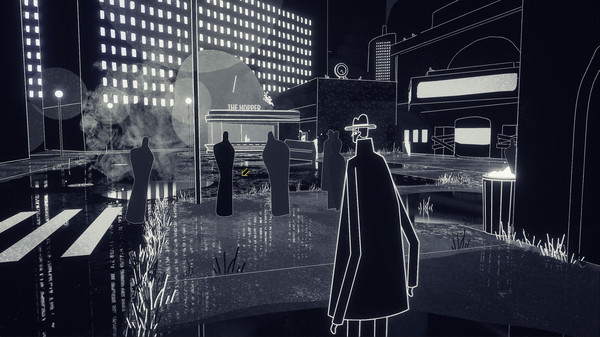 “Genesis Noir” is quite unique in terms of art. It is simple and reveals a sense of mystery, which looks unique. There are almost only two colors of black and white throughout the game, and the characters and scenes are also outlined with extremely simple lines. After careful taste, you can also find that the seemingly simple picture has the pursuit of details. The game just relies on these “monotonous” colors to bring players an art of light and shadow.

It is worth mentioning that the artistic style of this stick figure is actually rendered in 3D using UE4 on the basis of hand drawing. In the player’s traditional impression, Unreal Engine was originally used for a more realistic picture style. The contrast caused by this anti-traditional aesthetic design also brought quite an amazing artistic tension to the game’s picture performance. The “independent game” screen that is blessed by brand new technology no longer has the roughness of a small workshop at all.

And with the sound of the picture, there is a kind of music that can’t help but sway-jazz. Of course, it is not simply used as a background music to adjust the atmosphere. In this game, jazz is the bridge between the author and the player. Jazz is the clue in this wild game. Everything started with jazz and ended with jazz. Players feel the emotions that the author wants to convey in the music, and experience the fantasy of the author’s conscious world in the picture. This is the wonderful charm of the game “Genesis Noir”. 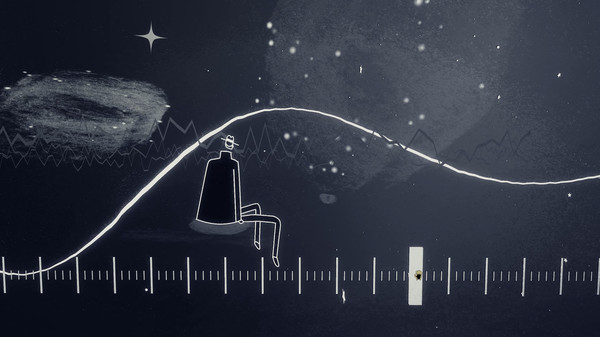 “Genesis Noir” does more than that. It even allows players to play their own jazz music at will. It teaches players the basic tone distribution by imitating the player’s key sequence, while other musicians will do Your accompaniment, this ingenious creativity is very good.

As a puzzle game, the producer did not forcibly instill the game concept into the player, but more like a pure narrator, leaving more in-depth things to the player to think about.

The operation of the game is very intuitive. Every time you click or drag, unexpected things may happen, bringing a little change to the universe. Many puzzle-solving ideas are completed in unconscious exploration, or sowing seeds, or improvising with street musicians, players can explore freely in this big world.

The specific puzzle-solving elements are closely integrated with scientific knowledge. In the early stages of life, players can even splice elements such as carbon, nitrogen, oxygen, and combine phospholipid bilayers to form primitive single-celled organisms, etc., making the game content richer and not obtrusive, simple and connotative.

As the game progresses, the gameplay ranges from surrealism (such as planting magic seeds to rely on light beams) to more real things (such as rhythmic action sequences carefully choreographed with jazz bass players). This way of going back and forth between reality and virtual world makes the game more in-depth. 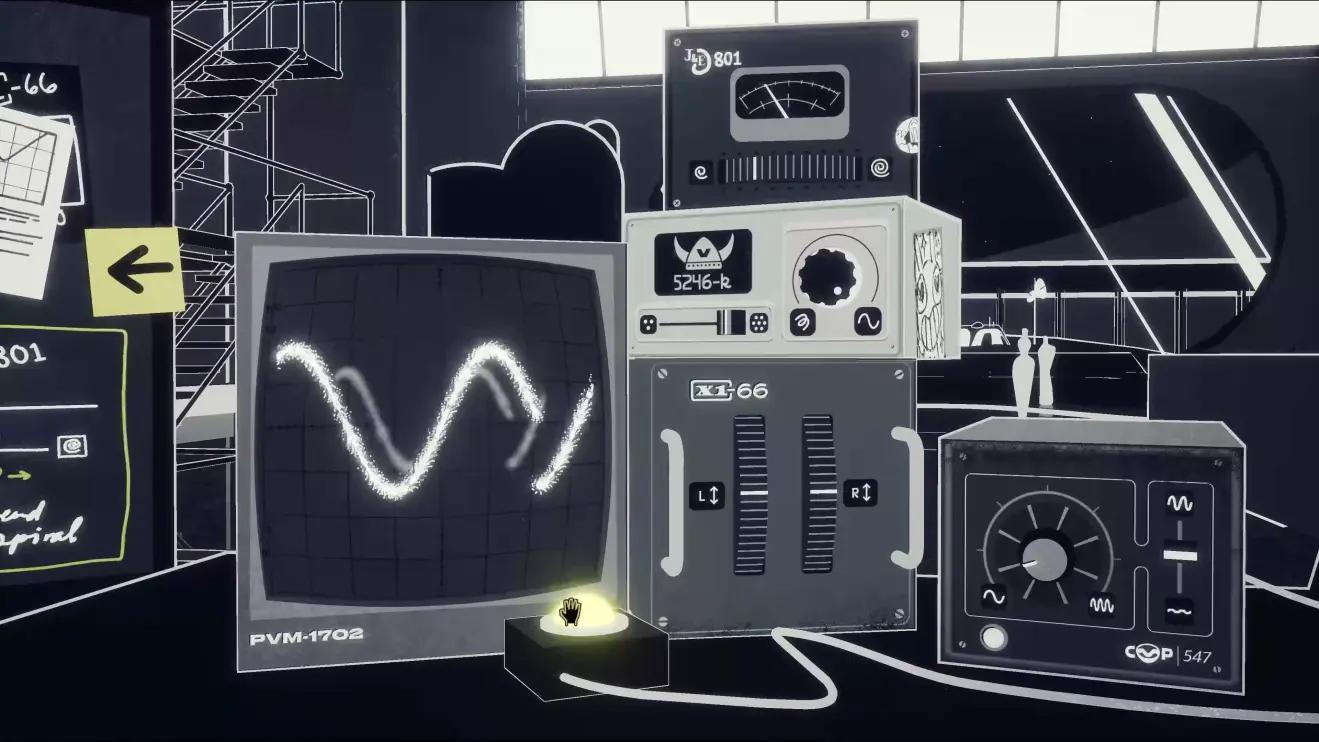 Of course, some puzzles may become a little obscure. For example, debugging a machine with a human scientist is the most difficult puzzle. You need to constantly debug the ten buttons of five machines to make the screen display the desired frequency and wavelength. This requires players to be familiar with some common sense of radio frequency in order to better pass the level.

Of course, every adventure has an end, and “Genesis Noir” is no exception. However, after clearing the level, it is difficult to answer what the ending is. As the player said, I don’t know what I played, but I seem to know something. After all, a thousand people have a thousand Hamlet in their hearts, and different people will have different perceptions. This may be the unique fun that this game brings.

More like a work of art, but not as a game

However, even if the music and art of “Genesis Noir” have reached the top level of art, the shortcomings exposed when it is used as a game cannot be ignored. For players who have played many games, “Genesis Noir” is not too prominent in the gameplay level, and the puzzle design is not new, and even the stunning performance of the art is not strongly related to the gameplay itself. ——Like “World in Painting”, “Monument Valley” and “Infinite Corridor”, the ingenuity of combining art and puzzles is not common in “Genesis Noir”. At the same time, because it depicts the history of existence from the initial spark to the Great Crisis and is rooted in real science, various professional concepts such as astronomy and physics appear in the game. For example, at the beginning of the “Singularity” chapter, “Genesis Noir” expounds the “Great Collapse” theory, which is a conjecture about the final outcome of the universe. Although this kind of professional knowledge can always give people a feeling of “unknown and powerful”, it will inevitably make players feel alienated. Formed a kind of embarrassing scene of “high music and few”.

But the flaws are not concealed. The use of “artwork” to describe “Genesis Noir” is not an exaggerated evaluation. At least on the surface, it satisfies all the conditions of an artwork. Although it seems a little out of balance between the playability and its appearance, in GameLook’s view, this may also be the effect that the production team wants to present to the player, so that the player has a deeper thinking.

And this kind of otherworldly game concept and unique artistic style is not a bad thing for the industry. After all, games cannot always be a style, and these unique styles of games can attract more artists to participate in game development. field. In fact, art and gameplay are not contradictory, and GameLook also expects more independent games to strike a better balance between “fun” and “art”.

Battle of the Realms animated film set for release this summer