Wargaming partners with Warner Bros. Pictures and Legendary Pictures to celebrate the release of an action adventure movie Godzilla to Kong with an exclusive, limited-time event World of Warships and World of Warships: Legends, which is in progress while we speak. This event runs until the end of May and allows players to fight alongside these titans in their own themed ships. The new trailer for this event can be seen below …

This epic heavyweight naval battle will allow players to take part in a special new set of combat missions and to unlock them, players just need to choose a side, Team Godzilla or Team Kong. Each phase completed in the mission phase rewards players with two Ultimate Guardian or Ultimate Titan camouflages, those who complete the chain deliver one King Container as a reward. This quest chain is available in random, ranked, and co-op battles as well as in operations playing Tier VX ships.

Players can purchase three different theme bundles. Those who choose Kong: Primordial Rage include the unique Commander Kong with 10 skill points to spend and a unique voiceover, the USS North Carolina with permanent Primal camouflage, a commemorative flag and themed camouflage. While those who join Godzilla can opt for the Godzilla: Apex Monster Bundle and get Commander Godzilla, again with 10 skill points and a unique voiceover, the Japanese battleship Amagi with the Heat Ray permanent camouflage, a commemorative flag and a thematic camouflage. Those who can’t decide which team to fight for can choose the Large Pack bundle and get both. 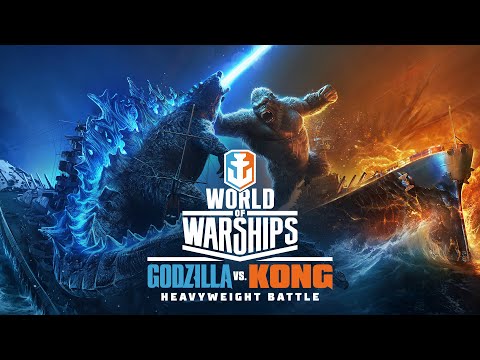 This temporary event will run until the end of May.