With a score of 9.5, I have traveled to ancient times to be an Internet celebrity. How interesting is “The Women’s College of XX Dynasty”?

GameLook report/2020, the variety show with the theme of creation camp can be said to have reached its peak. The “Youth Has You” girl group has just formed, and the “Sister Riding the Wind and Waves” launched by Mango TV has taken on the baton of idols to develop variety shows. Since then, products with various idol development themes have emerged one after another.

However, with the rise of Chinese cultural self-confidence and self-improvement in recent years, the popularity of ancient elements such as Hanfu and Guochao, the cultural connotation behind the game has gradually occupied people’s vision, and more and more people have begun to yearn for the once cultural prosperity and economic prosperity. , Full of poetic and picturesque Tang and Song and other glorious periods.

Recently, an idol-growing mobile game “Women’s College of XX Dynasty” produced by Radio Studio has attracted the attention of GameLook. It combines the most popular Internet celebrity culture and creative camp themes, but uses ancient times as a time node to create a national style idol cultivation work. The setting of the game alone makes people feel very novel. And this approach has also been welcomed by players. As of now, the game has already received a high score of 9.5 in TapTap.

What is the reason why this work has been recognized and sought after by so many players in the background of many competing idol products. The background is only set in ancient times?

The creative camp trainee of the XX dynasty?

Unlike most idol development games on the market, “Women’s Academy of XX Dynasty” combines the most popular creation camps and cross themes. Players no longer make their debut stars through their own efforts, but transform themselves into ancient women. The dean of the academy, training an idol group has become the only goal of the game.

In order to try to restore the charm of the country in the game world, “Women’s College of XX Dynasty” did not adopt the style of handsome men and beautiful women, but on the basis of archaic modeling, combined with contemporary aesthetics to innovate, the Q version of the painting style, meat Dudu’s character modeling, this style actually gives people a different relaxed and funny atmosphere, which has won a lot of expectations from the players.

In addition to its unique art style, the game’s handling of details is unique. Whether it is the dress of the national style women, the performance of the dynasties and the performance of a few clan, they have in-depth research on the cultural heritage behind them, so that the game does not mark the dynasty of the game, but many players can see that it is graceful and luxurious at a glance. Of the Tang Dynasty. This also reflects the production team’s degree of control over details from the side.

In addition, in terms of the gameplay of “The Girls’ Academy of a Certain Dynasty”, it did not follow the mainstream idol game’s main audio game control flow route in the past, but made an unconventional design, in the worldview of idols singing and dancing. In-depth exploration of the balance between cultural heritage and artistic innovation, and strive to integrate the national charm into the soul of the game.

Entering the game, there is no overly complicated plot introduction. Under the guidance of the beginner’s guide, players will prepare for the students of their academy step by step, by writing words and notes, composing national style music, and unlocking exclusive song cards for the students. During the tour, by unlocking the main storyline, grow with the idols of the academy and realize their dreams step by step. 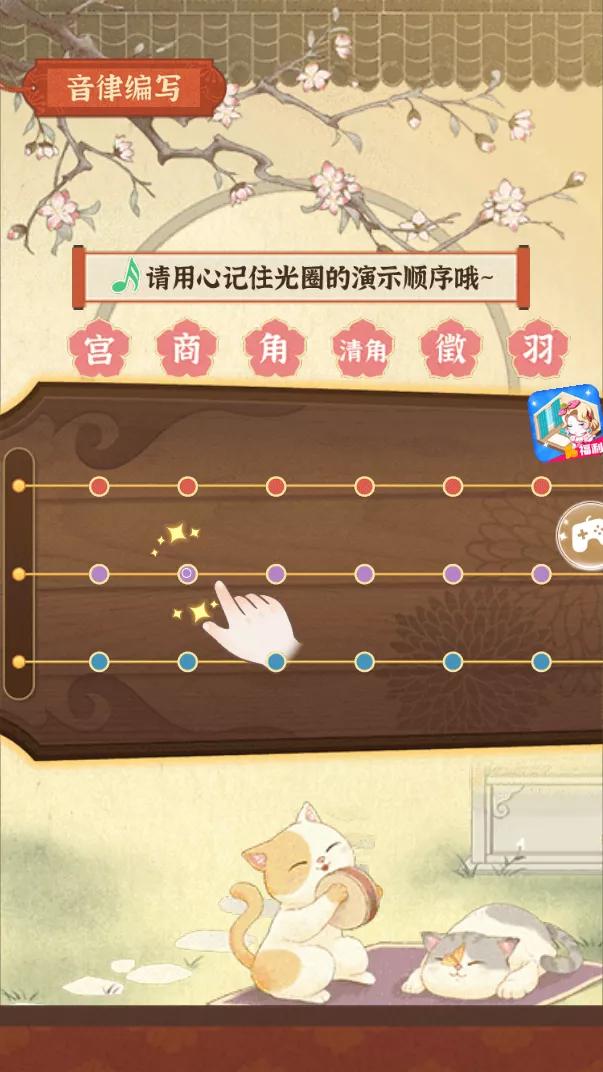 The style and interest of making tunes and practicing piano, chess, calligraphy and painting are cleverly designed into the game’s characteristic gameplay. It is produced with the pentatonic tempo of Gong, Shang, Jiao, Zheng, and Yu. The classic idiom Solitaire seeks creative gameplay, which allows players to gain more fun of puzzles through levels, and at the same time reproduce the leisurely and self-consistent life mode of the ancients through the game. “Women’s College of XX Dynasty” all reveals the transmission of traditional cultural symbols from various gameplays and systems, and truly experience a different kind of leisure and fun under the national atmosphere brought by traditional culture.

What’s more interesting is that the game does not have the shadow of modern stars, but all adopt ancient female idols. For example, the first and only queen in history-Wu Meiniang, one of the four ancient beauties, Wang Zhaojun, has The prominent Shangguan Wan’er and other characters representing the image of Chinese women have appeared, adding a special charm to the game. 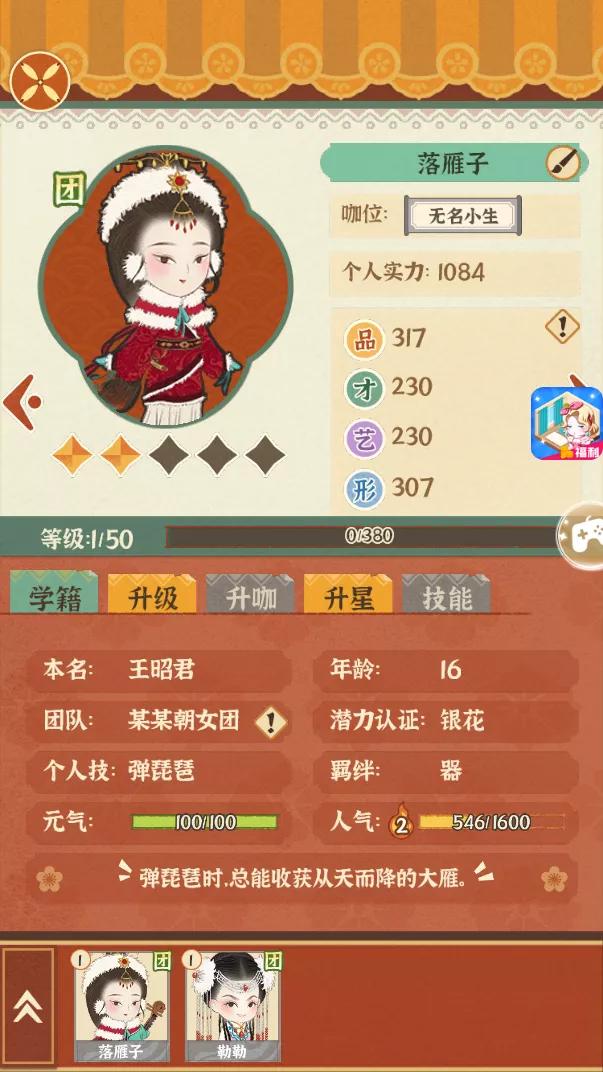 And around the development of game characters, each character has a whole set of evaluation system including character, talent, art and behavior. Players can independently improve their performance ability through special training and other gameplay, expand and explore different inspiration skills held by different members, and upgrade the character’s position to try different formation strategies. And players can freely choose that character to act as the C position of the character, and let their favorite idol make C position debut.

Of course, as a simulated business game, it is naturally indispensable to get a sense of achievement in the game by decorating your girls’ school, building and upgrading teaching facilities. Therefore, in addition to focusing on idol training inside the game, players can also take some time to study the decoration of the academy, so that the idols of the academy can enjoy the physical and mental pleasure brought by the scenery while improving their abilities.

Although the character acquisition in the game is still obtained by drawing cards, the production team deliberately weakens the option of krypton gold. Players can also use the free revenue from advertising to draw idols. At the same time, in order to reduce the difficulty of game growth, offline hang-up can also obtain revenue. Make the road to fame easier.

Throughout the entire mobile game market, Guofeng games have become a mainstream game category with great market potential. In the face of increasingly demanding and high-taste players and user groups, how to create fun and connotative boutiques has become a painstaking study for manufacturers. path of. After continuous research and exploration, developers have begun to break away from the old-fashioned thinking pattern of obsessively observing the game’s national style and art style in terms of service, and instead deeply explore the connotation of the combination of modern elements and traditional culture. 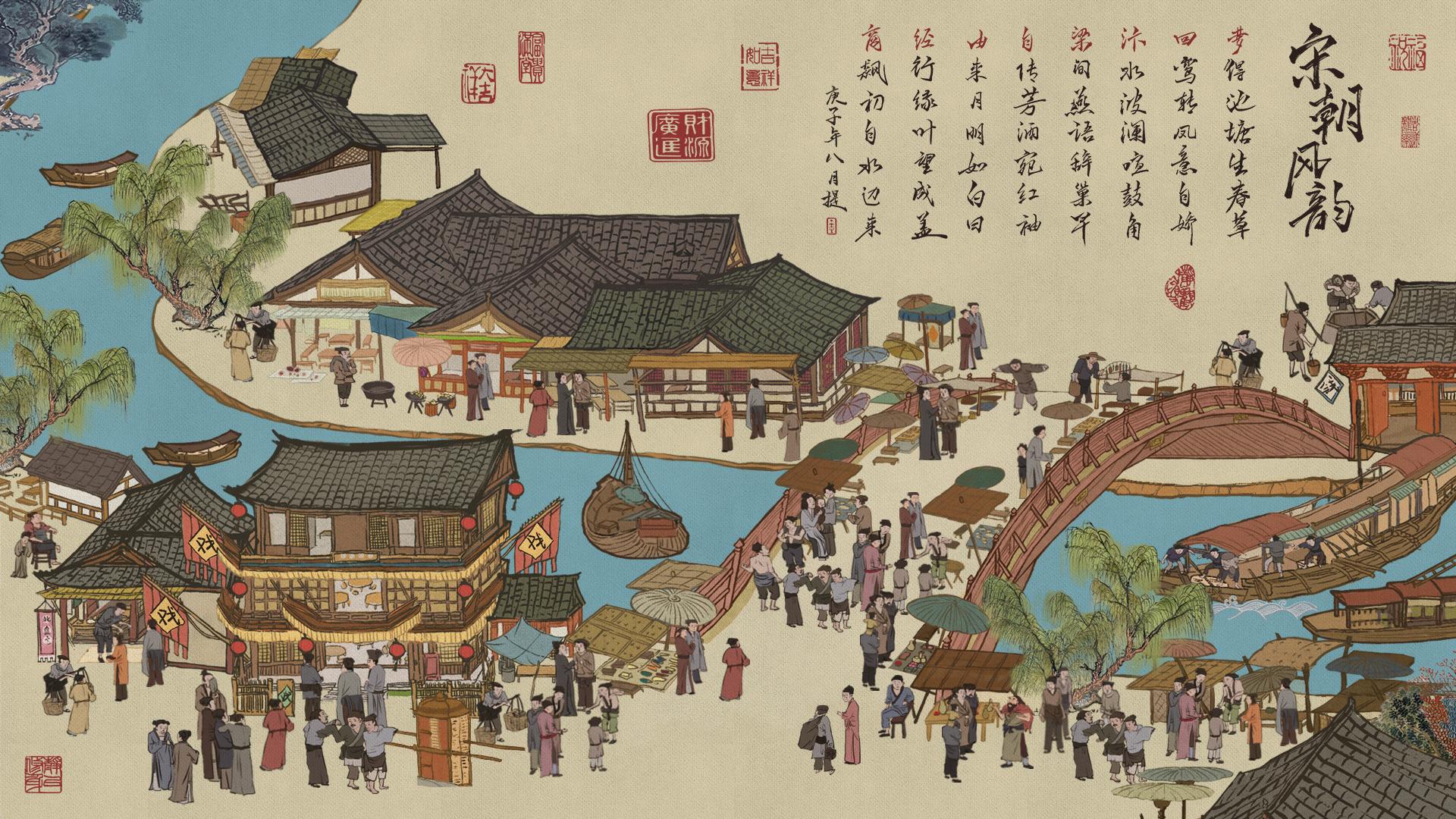 Dreaming back to the ancient city of the Song Dynasty for millennia, bringing modern business concepts back to the ancient simulated business mobile game “Call Me the Great Shopkeeper”, and a series of explosive mobile game products such as “My Knight”, which performed the retro world, came into being. It is not difficult to find that putting the currently popular culture and themes under the world view with the ancient background has become the formula for the success of the game.

In fact, with the significant improvement of Chinese cultural awareness and aesthetic ability, the influence of major imported documents such as the current Hallyu idol culture, Japanese AVG culture, and American Hollywood blockbusters on the Chinese has gradually weakened. Setting the background in ancient times, which represents China’s economic and cultural prosperity, in addition to creating differentiated advantages among competing products, it can also demonstrate the unique charm of traditional culture, and it is undoubtedly more attractive to players. 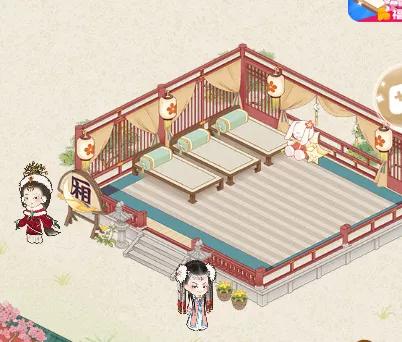 In this context, “The Women’s College of XX Dynasty” obviously found a new way to break through. The Chinese style of painting combined with the novel themes of idols will undoubtedly bring a brand new experience to the players. Let the players enjoy the eyes during the game, in addition to seeing themselves step by step to develop an idol group to make their debut, more importantly, they can truly experience the happiness brought by the ancient style.

If the Metaverse (metaverse) really arrives on a certain day, people are willing to travel back to ancient times to experience the poetic and delightful enmity, or go to the cyberpunk-filled technological future and enjoy the convenience brought by technological development?

GameLook believes that most people are more likely to want to travel back to ancient times. Although artificial intelligence is the trend of social development, after all, who does not want to return to the dynasty full of humanistic feelings, and send out “Princes and generals, would rather have a kind” With such lofty ambitions, he communicated with Li Bai, Du Fu and other literati and innocent men, instead of facing a bunch of dull industrial machines.

In general, the success of “Women’s College of a Certain Dynasty” is due to the opening of the interactive channel between traditional culture and the ninth art. While empowering each other, it interprets the brilliant charm of traditional Chinese culture with innovative models. For simulation business or idol development games, it is undoubtedly a new attempt and a new idea to break the circle.

For people who both like idol group culture and play antique games, this 1+1 combination may be more than double happiness. Whether this dark horse of national style can occupy its place in the 2021 national style women’s market is worthy of everyone’s attention.