Techland just posted another official Dying Light 2 Q&A round where two developers answer some of the community’s most pressing questions.

According to Techland, one of the biggest revolves around the Dying Light: The Following finale and more specifically which of the ending is canonical. Here’s their answer:

Tymon Smektala (Lead Game Designer): It’s a bit too early to tell you, but let me just say that the events in Dying Light 2 and the events leading up to Dying Light 2 are very closely related to what happened in the first game. If you play Dying Light 2, you will certainly discover the answer to this big question.

That’s not to say that characters from the first game will appear in this sequel, but there will be plenty of comments and references, especially about the GRE (Global Relief Effort) organization.

Julia Szynkaruk (Associate Producer): The GRE is such a huge organization and they have left a lot of marks on the map. So yes, this organization was very rich, very powerful, so imagine what you can find if you look for those traces.

Tymon Smektala (Lead Game Designer): So yes, GRE returns in Dying Light 2 and it will play a very important role in the overall world building of the game. You will see tons of bits and pieces, collectibles, notes and references to what happened to GRE and how it connects and what role it plays in the events between Dying Light 1 and 2. Another thing is that you also get a lot of GRE will encounter related things in the game. In fact, there will even be open world activities built around you to discover and explore abandoned GRE Labs and quarantine areas, so if you’re really interested in the GRE backstory, you have plenty of places to learn it.

Last but not least, Tymon Smektala revealed that players can influence protagonist Aiden during Dying Light 2.

Aiden is a defined character when the game starts and he has his own motives, mood and characteristics. All of these things affect how he behaves at the start of the game. But he is also a character in search of identity and he is also looking for a discovery for a secret from his past.

As the game progresses, the character arc builds and you affect the character arc. In fact, through your decisions, you will be able to change or decide a little bit what Aiden you will have at the end of the story, at the end of the whole experience. So, depending on your choices, Aiden can be a little bit more selfish or a little more focused on the collective and the needs of others, and I think that’s the most important thing you decide regarding the character.

There is no release date for Dying Light 2 yet, but it still seems on track to launch this year, especially given the increased marketing activity. Check out our recent exclusive interview with Techland in case you missed it. 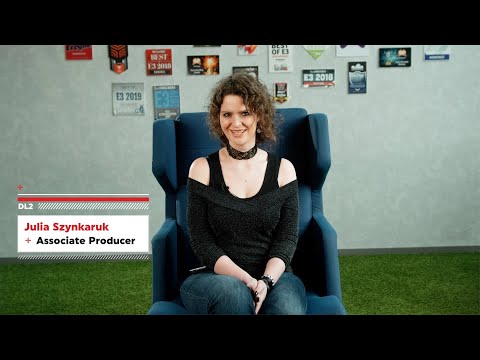 Kingpin sequel in the making of The Farrelly Brothers