According to the financial report, as of March 31 this year, Playtika’s first-quarter revenue was US$638.9 million, an increase of approximately 19.6% from US$534.2 million in the same period last year. Among them, net profit in the first quarter was 35.7 million U.S. dollars, which was basically the same as last year’s 35.8 million U.S. dollars.

Robert Antokol, CEO of Playtika, said, “We have shown excellent growth momentum in the first quarter. In the future, we will focus on data-oriented game management, coupled with effective marketing activities, to provide impetus for our revenue growth.”

It is understood that Playtika has acquired more than 15 game companies, continuously analyzes, understands, and learns users through big data, artificial intelligence and other technical means, and outputs detailed operations and transformation plans for games, realizing a substantial increase in game revenue from these acquisitions. .

According to data from Qimai, both products were launched in 2017, which means that they have been in operation for nearly 4 years. So what is the gameplay of these two games of Playtika? What are the secrets to sustainably maintain growth?

As we all know, the European and American game markets love casual mobile games for ten minutes. Among them, match 3 and gaming mobile games have firmly occupied a huge market share in casual mobile games. Therefore, the track of match-3 and betting games is quite crowded. Not only are there many successful products ahead, but there are also many big factories entrenched.

Because of this, “Solitaire Grand Harvest” is a bet on the relatively unpopular track in European and American casual games. It makes a fuss on the ancient card game and incorporates the core mechanism of TriPeaks. It is not only different from match-3, but also not completely. The gambling gameplay has opened up a new blue ocean in the casual mobile game market. 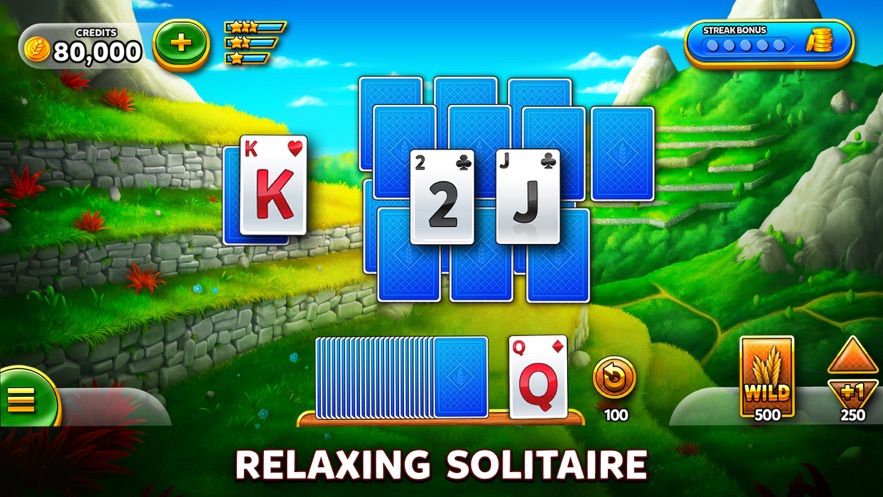 Although the amount of this acquisition has not been announced, the outside world believes that this is a very cost-effective transaction, because their “Solitaire Grand Harvest” has maintained a strong and steady growth momentum since its release. Before 2020, this game has maintained continuous revenue growth for 11 consecutive quarters, and monthly revenue exceeds 7 million U.S. dollars. Judging from the data released by Playtika’s financial report, this game is still full of vitality and has strong growth momentum.

The essence of “Solitaire Grand Harvest” is the TriPeaks element it uses. In fact, it is not a new way of playing. It was first invented by Robert Hogue in 1989. The core mechanism mainly requires players to pass the card number solitaire. Form to win higher scores, the game even appeared in the WINDOWS system later. 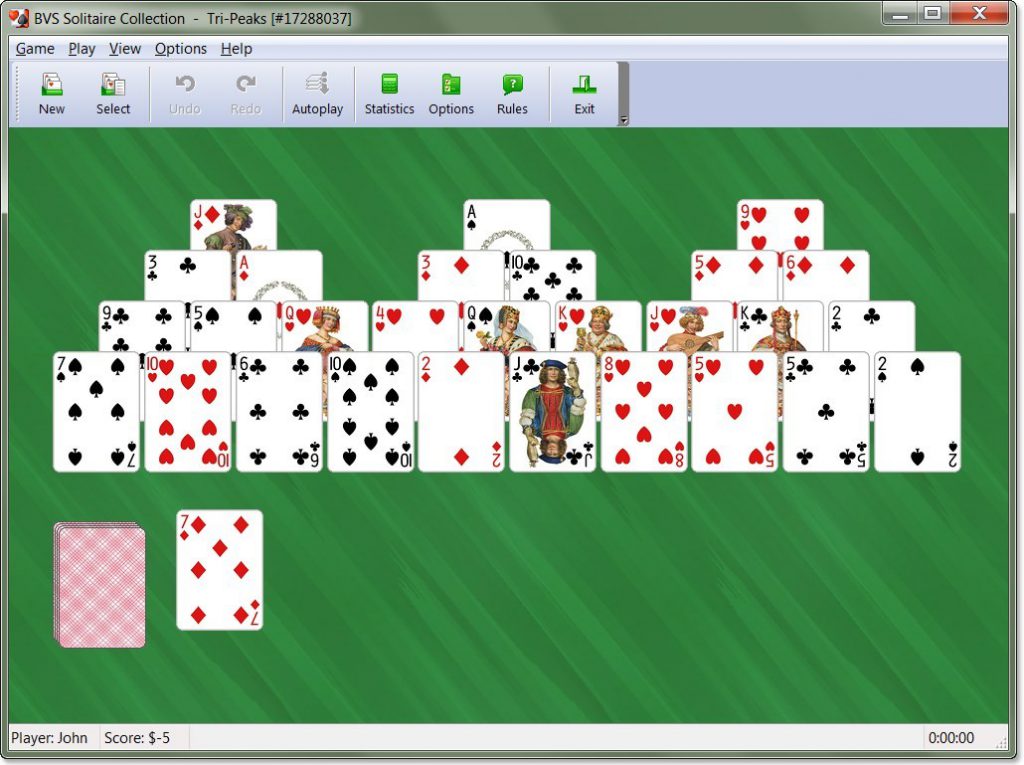 However, the game does not only follow the mechanism and gameplay of TriPeaks. While retaining the essence of the gameplay mechanism, it has been processed and transformed, and it incorporates many elements commonly used in match-3 games, allowing players to experience this type of solitaire card game. Fun, but also to ensure the commercialization of the product.

Specifically, in the product “Solitaire Grand Harvest”, the player will play the role of a farm owner and build his own farm through step-by-step breakthroughs. There are a large number of levels in the game. Every time the player passes a certain number of levels, the farm can be upgraded, and the farm can provide props for passing.

Each level in the game is also designed with a scoring mechanism. Three stars represent a perfect pass, and you can get richer rewards. At the same time, there is a friend system built into the game, and players can also get the progress of their friends by binding the corresponding social accounts.

It is not difficult to see that whether it is a large number of levels, social elements or slight simulated business elements, they have long been fully verified in match-3+ casual games. These new gameplay methods have given the game’s long-term development impetus.

In terms of the core mechanism, “Solitaire Grand Harvest” retains the essence of the TriPeaks card game. The layout of the page is roughly the same, and it is mainly divided into two areas: the deck and the library.

It should be pointed out that the scoring mechanism of the game is based on the number of consecutive card removals by the player. Without changing the card revealed by the library, the more cards the player returns at one time, the higher the player’s rating. The higher the reward, the richer the reward.

In addition, just like match-3 games, there are corresponding props in the game, such as changing cards in the library, universal cards, etc. On the one hand, the existence of props can effectively reduce the difficulty of players, on the other hand, it also promotes the commercialization of the game.

A “monopoly” that can be managed, a different kind of “Board Kings”

In addition to exploring in casual card games, board games are also one of Playtika’s research directions. This is the case with another game “Board Kings”.

It is reported that this game was produced by Israeli developer Jelly Button Games LTD and was also launched in 2017. In the past 4 years of operation, this game has remained around 100 on the iOS best-selling list in the United States, and has been able to enter around 60 to 70 from time to time, and the results are very stable.

From the appearance point of view, “Board Kings” and Monopoly games seem to be very similar, but in fact this product has made drastic changes to the mechanics of Monopoly games, which can almost be described by refactoring, and in the game Certain SLG and gambling elements have also been added.

Specific to the game, “Board Kings” has a certain similarity in many content and gameplay logic with the gameplay of Monopoly games. Both require players to roll dice to make the character act in the town (board) and in the corresponding open space. Ability to purchase and upgrade real estate and a series of building facilities.

﻿However, “Board Kings” eliminates all the confrontational gameplay in the original Monopoly game. There is only one player on the map. Players need to build the city alone, and they can also unlock the springboard device on the map to go to a new town (board) . 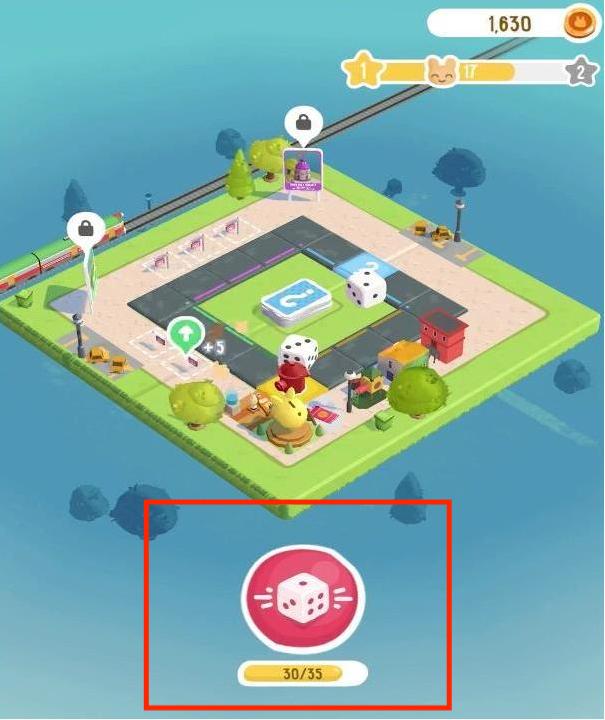 In addition, similar to monopoly games, the board of each map has some random elements, such as increasing the number of dice available to the player, and obtaining gold coins, gems, etc. through some gambling games.

Although “Board Kings” seems to strip away the confrontational gameplay in Monopoly, the game has rich PVP elements, and players can go to other players or friends’ boards to grab their resources. 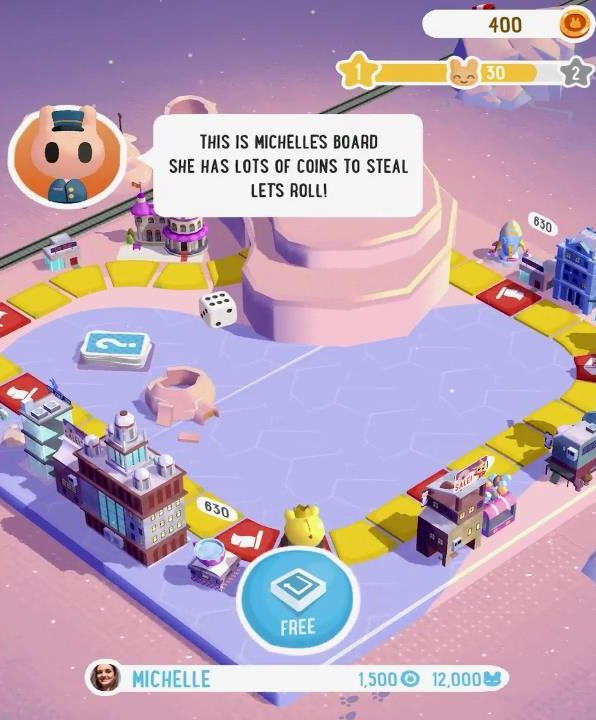 If you look at the macro level, you can find that “Board Kings” and SLG games have a certain similarity, and both have a certain built-in gameplay, and this part of the gameplay is more stand-alone. For example, players need to develop their own power on the board, and the player’s resource acquisition methods are also very limited, because the number of dice throws takes time to recover. At the same time, players can also speed up their own development through the plunder of external resources. For example, players can go to other players’ board adventures.

As we all know, one of the most notable features of the SLG category is the ability to operate in the long-term. The settings and elements integrated into the SLG game also highlight the commercial value of this game. Perhaps this is also the fact that “Board Kings” is still able to operate stably. And for the sake of growth.

On the whole, Playtika seems to have a certain commonality in these two games, helping the game to break out of the market smoothly. Whether it is “Solitaire Grand Harvest” or “Board Kings”, they have avoided these popular casual game categories such as match three, but they have inherited the essence of the development of the mature category of match three in the past few years, and the gameplay is integrated and innovative.

When the match-3 category has achieved great success through addition, Playtika also applies this strategy to other categories. After all, the sub-category of match-3 is not the only sub-category in casual games. Another way to tap the blue ocean market has also made the product a little more breakthrough. Possible.