PQube and developer ON3D Studios have announced the release of their fast action stealth game Quantum Replica on Xbox One and Series X, PlayStation 4 and 5, Nintendo Switch and PC via Steam. With Quantum Replica explore a cyberpunk metropolis to discover the secrets of the syndicate.

Travel to 2084, a time when the world is ruled by a ruthless business alliance known as the Syndicate, and take on the role of a young man named Alpha who wakes up without any memory. As Alpha, travel through a sprawling megacity to discover the memories buried and the secrets the anonymous company has hidden from oppressed citizens.

As players explore the city, they will discover abilities that allow them to manipulate time and use this ability to evade the all-seeing eyes of the city’s ubiquitous AI and escape the mercenary armies that Alpha is sending after. 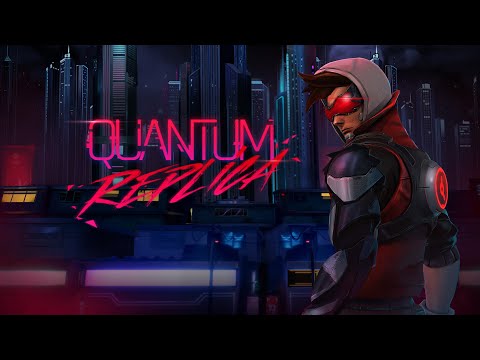 The year is 2084 and the world is bowing to a relentless business alliance known as the syndicate. Under the flickering neon lights of an endless metropolis, civilians scrape a living, fearful of mercenary armies and their faceless masters. Here secrets are buried bitter and deep.

Quantum Replica is now available on PC and consoles.

Trek to Yomi coming to consoles and PCs in 2022