When Mandy was released in 2018, it divided the audience. Many onlookers simply couldn’t get involved with the film’s graphic displays of violence, while many others gradually became ardent fans of the cult hit. Starring Nicolas Cage as RED, Mandy follows the traditional revenge thriller storyline with a psychedelic twist after his partner – Mandy (Andrea Riseborough) – is murdered at the hands of a deranged cult leader, Jeremiah Sand (Linus Roache). What follows is not just another John Wick-style horror film, but an absolute sight to behold and arguably one of the most iconic soundtracks of all time.

This, and much more, is brought together in a stunning limited edition version of Mandy that should not be missing.

Directed by Panos Cosmatos, Mandy takes viewers on an amazing journey that never really solidifies into fact or fiction.

As iconic as Mandy is, Cage has made it all the better. The Oscar-winning actor really gave it his all in the film.

There are countless examples of Cage claiming each scene as his own, while the nearly wordless RED cries and screams through pain and suffering. 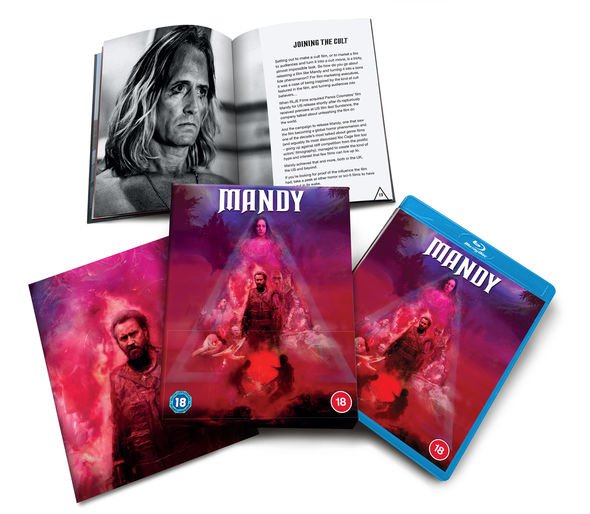 Cage spends half the picture just doing his own thing and the other half butchering those who stood in his way. He is breathtaking.

The other side of the coin is Cosmatos’ unparalleled directing. The pseudo-80s-style adventure is a seeping wound of creativity and brutality

Every aspect of Mandy cries out in pain at Cosmatos’ beautiful vision of an almost Lovecraftian world full of demons and existential dissent.

From costumes and weapons to dialogue and abandoned locations, this is one of the most unique films since the 1988 film adaptation of Akira. 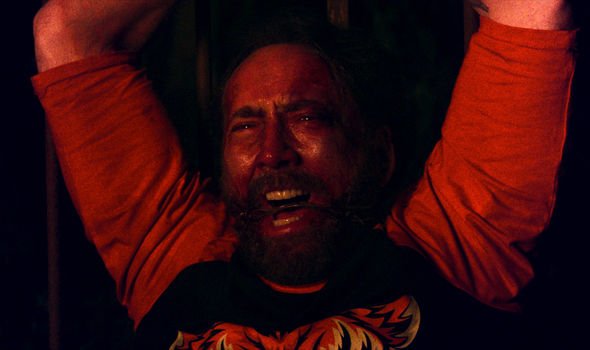 While the film is based in part on the nostalgia-filled neon seas of the 1980s, at the same time it feels eternally futuristic – brought out by nothing less than Johann Johannsson’s excellent soundtrack.

Johannsson sadly died shortly after Mandy was released, making it his swan song and perhaps even his best work.

The special features in Mandy Limited Edition give a better insight into the madness that led to such a wonderful film.

The box set includes what Blu-ray collectors can expect: a collection of fascinating behind-the-scenes glimpses at Cage playing RED; extended scenes and deleted scenes that add to the overall scope of the film; a series of one shots further amplifying Cosmatos’ ability.

However, the real beauty of the limited edition set is the included 40-page booklet of thoughts and essays from people involved in the film. Notably, Universal’s Drew Masters, who helped bring the film to the UK, has his say in the book.

In the classy tome, Masters explains how Mandy took on a life of its own once it hit theaters, gaining cult status – almost ironically.

There is also a large portion of the book devoted to the glorious Cheddar Goblins, which fans won’t want to miss.

The limited edition also comes with a large poster of the front of the film – something any fan will long for now that the film has been out for a while.

All this is packaged in a sleek and stunning box that belongs in any Blu-ray enthusiast’s collection.

Fans of Mandy shouldn’t hesitate to grab this while they can.

The Mandy Limited Edition Blu-ray is out now.