A new Dying Light 2 trailer has been released by developer Techland.

The new trailer featuring the story of the game and protagonist Aiden was released during today’s E3 2021 PC Gaming Show showcase. Unfortunately, the trailer doesn’t feature any new gameplay for the upcoming Dying Light sequel. Watch the new trailer, courtesy of PC Gamer, below: 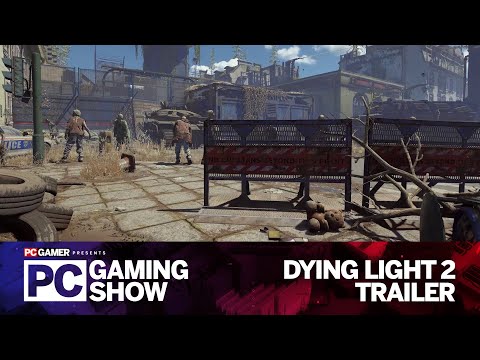 Dying Light 2 was officially announced in 2018, but the development of the title seems to have been rather rocky. Last month, we finally got additional details about the sequel.

“We are very close to our community and we have clearly heard their requests for the new game. I know we’ve kept them waiting, so I’m more than excited to finally announce Dying Light 2 is coming” — said Pawel Marchewka, CEO of Techland, in 2018. “Dying Light 2 is going to be a really bold sequel, a Combining the much loved Dying Light DNA with completely new ways to play. For the first time in the franchise, players will have the power to determine the fate of a dilapidated metropolis with their own choices and actions. Throughout the story, the melee combat, the parkour movement and other aspects of the game, we give players a completely new level of freedom. ”

Dying Light 2 Stay Human is a story-driven, open-world action role-playing game, a sequel to the critically acclaimed 2015 Dying Light, which has been played by more than 20 million people around the world. This time, players will visit the city, humanity’s last stronghold in the fight against the virus. The developed parkour mechanics allow players to explore the vast open world and use it in tactical combat. Lost civilization and putting the world in modern Dark Ages requires a creative approach to finding items and crafting gear. The gameplay changes over a day and night cycle, allowing players to loot abandoned dens of infected at night and uncover the dark secrets of those in power by day. Players must choose which side to take and write their own story.