Atlus revealed another brand new demon in Shin Megami Tensei V, Fionn mac Cumhaill. The developer has uploaded a one minute video showing the mythological hero in battle, along with a brief introduction to Celtic folklore. This is the third spotlight in a series titled Daily Devils in the run up to SMT V‘s release on November 12, 2021.

The new demon is part of the Genma race, as is his fellow Irish folklore hero Cú Chulainn. In Celtic mythology, Fionn mac Cumhaill caught the Salmon of Knowledge while fishing. While cooking the fish, he burned his thumb and instinctively put it in his mouth to soothe his wound. This turn of events earned him the Thumb of Knowledge.

As seen in the debut video, Fionn mac Cumhaill is in SMT V will use his legendary Thumb of Knowledge during his attacks. The gameplay footage below appears to show him cutting his thumb on his blade just before using his signature attack, Mac an Luin. 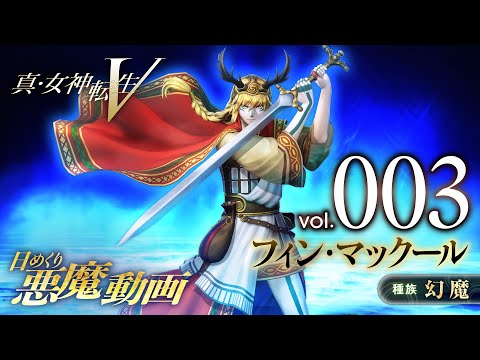 In addition to the series mascot Jack Frost, Atlus also recently revealed a brand new demon. This demon, called Amanzako, is also part of the SMT V Genma race like Fionn mac Cumhaill. The next spotlight in the video series will be a demon in the divine race.