Zelda Breath of the Wild 2: Nintendo is hiding one crucial detail

The moment Zelda Breath of the Wild fans had been waiting for 2 years finally came this week. At the end of Tuesday’s packed Nintendo Direct, the House of Mario unveiled a brand new Breath of the Wild 2 trailer. This was the first time Zelda fans have gotten a glimpse of BoTW 2 since its reveal at E3 2019.

And the latest trailer didn’t disappoint, again hinting at a much darker theme than the original Breath of the Wild.

Nintendo also announced a release date for BoTW 2, with the highly anticipated sequel slated for 2022.

The latest Breath of the Wild 2 trailer has sparked numerous fan theories, with fans trying to find clues to the story and how the game fits into Zelda lore.

And it looks like there’s one crucial detail that could give fans some answers that Nintendo is keeping close to its chest.

In an interview with IGNNintendo’s Bill Trinen and Nate Bihldorff discussed some of the big E3 2021 announcements.

And during the conversation, the Treehouse duo dropped an interesting bit of information about Breath of the Wild 2.

They said that BoTW 2 does have a subtitle that has been confirmed internally, but this has not been announced as it could hint at what will happen in the sequel.

Trinen said: “As for why we’re withholding the name, you just have to stay tuned, because of course Zelda names are quite important.

“Those subtitles… they’re starting to give little hints about what might be happening.”

The reveal of the latest Breath of the Wild 2 trailer has sparked a lot of speculation about the BoTW sequel’s story. 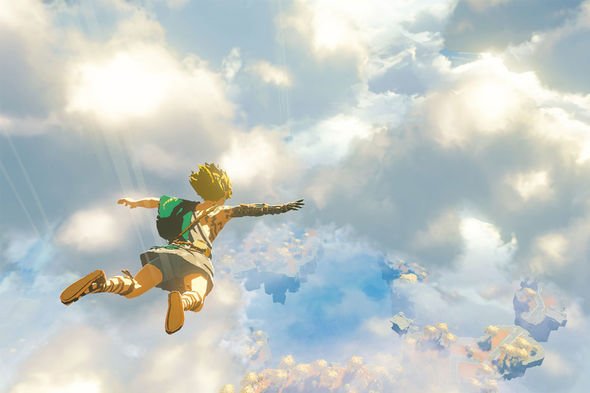 Nintendo has stopped the Zelda Breath of the Wild 2 subtitle (Image: NINTENDO)

From what we’ve seen so far, Breath of the Wild 2 will have a darker theme than the critically acclaimed original – leading many people to compare the differences between BoTW 2 and BoTW to Majora’s Mask and Ocarina of Time.

And there’s one fan theory that could align with this potentially murky theme.

A popular fan theory is that in BoTW 2 we won’t be taking over Link.

Instead, we could actually put ourselves in Ganon’s shoes.

If it does eventually, it could be an earth-shattering twist and make BoTW 2 unlike any other Zelda game we’ve seen before.

We’ll have to wait and see if that will eventually be the case, but in the meantime the fan theories and speculation will continue.

Netflix Movies: Do Tessa and Hardin get back together in After We Fell? – Netflix News