Seagate Japan, which was released last May this year, is offering a giveaway for fans of CD PROJEKT RED’s Cyberpunk 2077 Video Game, available on PC, XBox One, Playstation 4, and Google Stadia.

As of today, fans can participate on Seagate Japan Twitter page for a chance to win a slim limited edition Seagate FireCuda 520 Cyberpunk 2077 SSD. 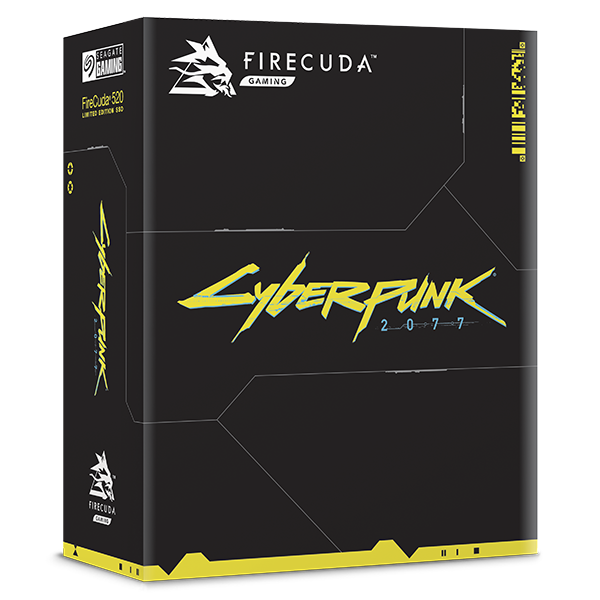 The Seagate FireCuda 520 Cyberpunk 2077 SSD drive has a total capacity of 1TB. The heatsink shows a PCIe 4th generation NVMe solid state drive. Seagate states that it performs almost ten times faster than most SATA solid-state drives. Splashed in a yellow and black Cyberpunk 2077-style custom heatsink, the drive uses an aluminum alloy that allows the SSD to drop temperatures to 71°F or 22°C through passive cooling. Seagate mentions that the SSD will “maintain peak performance for an extended period of time” – which could be an allusion to Chia mining.

To coincide with the Cyberpunk 2077 theme, they’ve only made a limited run of 2,077 SSDs, making this a wonderful collectible for fans of the PC game.

In the package, consumers will receive the Cyberpunk 2077 limited edition FireCuda 520 SSD and an optional five-volt RGB connector cable to power and control the LED lighting.

Seagate also offers a five-year limited warranty and three-year Rescue Data Recovery Service for the drive. The average selling price of the SSD is 35,980 yen, or about $323 USD.