The Unreal Engine 5 promises to be a real game-changer in terms of visuals, and HD remasters of older games powered by it are likely to look great, as evidenced by a new video shared online this week.

Greg Coulthard shared on his YouTube channel a stunning recreation of The Elder Scrolls IV: Oblivion Imperial City made with the Unreal Engine 4. All items are taken from the original game and have Nanite implemented except for the cobblestones, sidewalk and roof textures. . 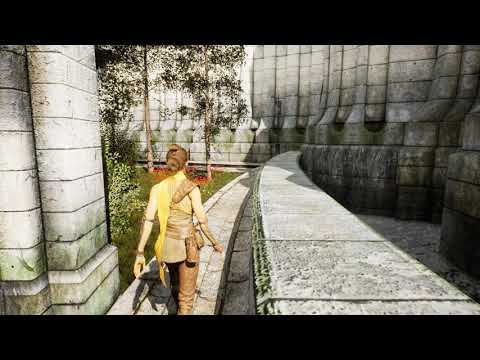 All items from the original Oblivion game. All assets are from Nanite except for the exterior walls and the banners (2-sided materials). Cobblestone, sidewalk and roof texture normals cranked up with Crazy Bump. Displayed on a 1660GTX 6Gb, Intel Core I7 4770K, 24Gb RAM.

The Unreal Engine 5 is sure to change how games will look thanks to features such as the already mentioned Nanite and Lumen, a fully dynamic global lighting solution.

Nanite is a virtualized micropolygon geometry system that allows you to create games with massive amounts of geometric detail, eliminating time-consuming and tedious work such as baking details to normal maps or creating LODs manually.

Next up is Lumen, a fully dynamic global lighting solution. With Lumen, you can create dynamic, believable scenes where indirect lighting instantly adapts to changes in direct lighting or geometry, for example by changing the angle of the sun with the time of day, turning on a flashlight, or opening an outside door.

With Lumen, you no longer have to write light map UVs, wait for light maps to bake, or take reflection shots; you can easily create and edit lights in the Unreal Editor and see the same final lighting as when the game is run on console.

More information about the Unreal Engine 5 can be found on the engine’s Official website.

Netflix TV Shows: Will Manifest season 3 be on Netflix in fall 2021? – Netflix News