Last month, Microsoft unveiled Windows 11 – the “next generation” of its industry-leading desktop operating system, which will be offered as a free Windows 10 upgrade. Windows 11 brings many exciting features, such as a new start menu and a completely overhauled user interface. However, it seems that millions of PC users could miss the upgrade – due to the high minimum specs.

The bottom line is that if your PC shipped before 2017, it’s unlikely you’ll be able to install Windows 11.

That means millions of PCs and laptops seem to be missing the long-awaited upgrade.

Microsoft said recently released chips were needed to run Windows 11 because the operating system is compatible with newer hardware.

Even then, some Windows users are confused – because their high-spec machines still don’t seem capable of running Windows 11.

READ MORE: Windows 11 Release Date Leaks and Millions Are Long Waiting to Use It

That’s according to an official app the Redmond-based tech giant released to help with the upgrade process.

The Microsoft PC Health Check Tool is intended to be an easy way to find out if your desktop or laptop can run Windows 11.

However, some users – despite having powerful machines – get the error “This PC cannot run Windows 11” when they run the app.

While others get the error because of the high minimum specs that Windows 11 requires.

One Windows user tweeted on Twitter: “Was very impressed with Windows 11 until my computer said no, it won’t work on my computer. Is there a plan to further extend Windows 10 support for people who simply can can’t afford a new PC to run Windows 11.”

While another posted: “My Windows laptop doesn’t work with Windows 11…I’d have to buy a better processor, more ram and probably an SSD drive to do it.”

One wrote: “My PC is absolutely not compatible. I built it last year and it is at its max. This PC check must be broken.”

As reported by Windows Latest, it seems that the PC Health Check app shows the error “This PC cannot run Windows 11” even if a computer is supported. 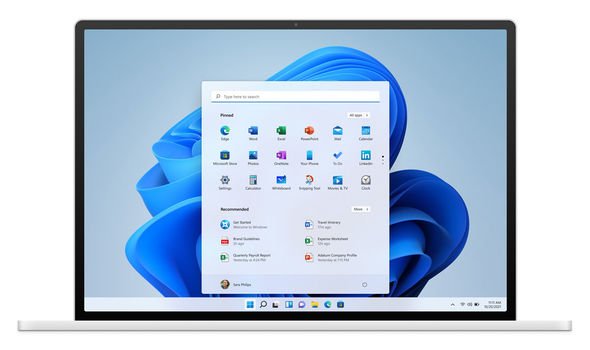 Microsoft has now revealed that they are pulling the app out until later this year.

A Windows Insider blog post said: “Based on the feedback to date, we recognize that it has not been fully willing to share the level of detail or accuracy you have come to expect of us as to why a Windows 10 PC does not meet the standards. upgrade requirements.

“We’re temporarily removing the app to allow our teams to process the feedback. We’ll get it back online in preparation for general availability this fall.”

In the meantime, the open source WhyNotWin11 – that beeping computer marked – will also let you know if your PC can run Windows 11 or not.