Netflix Original: Is the Fear Street trilogy based on a book series? – Netflix News

Netflix has released the first movie from the Fear Street trilogy of films. Fear Street Part 1: 1994 is now available on the streamer. Fans of the book series penned by R.L. Stine are curious to know if this film is based on the book series.

The simple answer is yes; the films are based on Stine’s books series. The difference, the books are a horror series geared towards teens, and the films have more mature content, being classified as slasher films and have been given an R-rating. The films do not directly adapt a specific book but rather tell their own tale using the books as inspiration. The creators have stated that a common arc will connect the films, and by watching all three parts of the trilogy, viewers will understand the storyline much better.

Stine’s Fear Street books have sold over 80 million copies, and with the release of these films, sales are sure to surge. The books were originally published between 1989-1997, and people who grew up reading these stories are sure to check out the films and most likely repurchase the books for nostalgic purposes or introduce their children to Stine’s work.

As with any book adaptation, liberties are taken to ensure the translation from page to screen is smooth and keeps with the premise of the book’s story while keeping things visually interesting on screen.

Is Fear Street based on a book?

The books and the movies are set in Shadyside, Ohio. The book’s timeline runs from the late ’80s to the early ’90s, and as you can see from the titles, the films will be set across many different time periods. The third part of the trilogy is a nod to the Fear Street Saga series, a series within a series that took place over many generations. 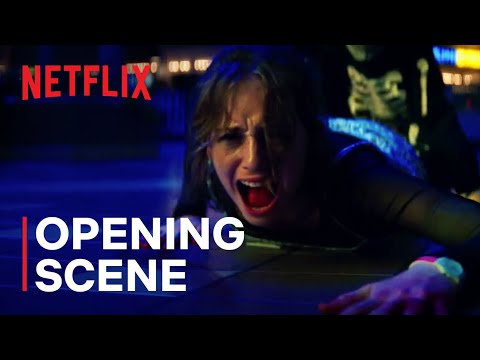 Are you excited to watch the trilogy on Netflix? Let us know in the comments below.

Netflix Original: What is Hit and Run on Netflix about? – Netflix News