The next Fire Emblem Heroes special banner for seasonal units with alts is on its way and contains characters from Fire Emblem: Mystery of the Emblem and people from Book IV of the mobile game. The Summer’s Dream banner will appear from July 8, 2021. To be specific, summer alts for Freyja, Freyr, Ogma and the duo unit Caeda and Plumeria will be available through this. A summer version of Norne will be the Tempest tasting bonus unit.

Each of the four banner units has unique weapons and a number of new abilities. Freyja is a colorless beast type unit referred to as cavalry. Her brother Freyr is also a Beast-type cavalry unit, although he is red. Ogma becomes a blue lance infantry unit. The Fire Emblem Heroes summer Caeda and Plumeria duo unit are a cavalry ax unit. While all four will be available as a five-star unit, the summer version of Ogma is the only one that will also appear as a four-star unit. People get four and five star versions of Norne by participating in the Tempest Trial. (She also appears to be a blue infantry unit using a lance.)

Here’s the official video showing all Summer’s Dream units and their movesets. 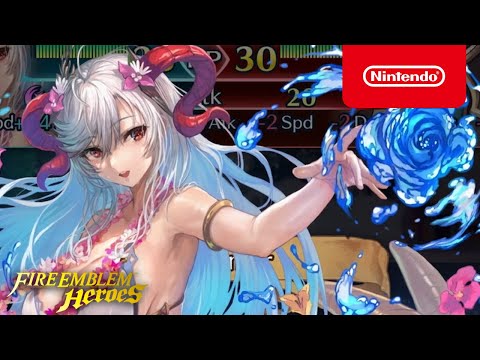 There is also a second video this time. It looks at the harmonized heroes in the summer dream Fire Emblem Heroes banner, summer bathing suits for Caeda and Plumeria. Rather than seeing the units in battle, it shows how the pair interact socially. 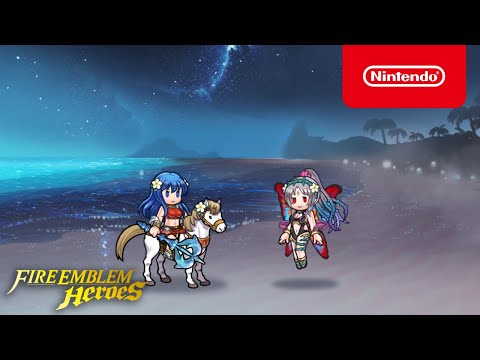 Fire Emblem Heroes is available for Android and Apple iOS devices. The Summer’s Dream banner will be available from July 8, 2021 to August 7, 2021. The last banner has been added Legendary Byleth.